At least seven police officers were burned by the corrosive liquid before their attackers forced their way through a six-metre-high fence using wire cutters on one of Europe’s only land borders with Africa. 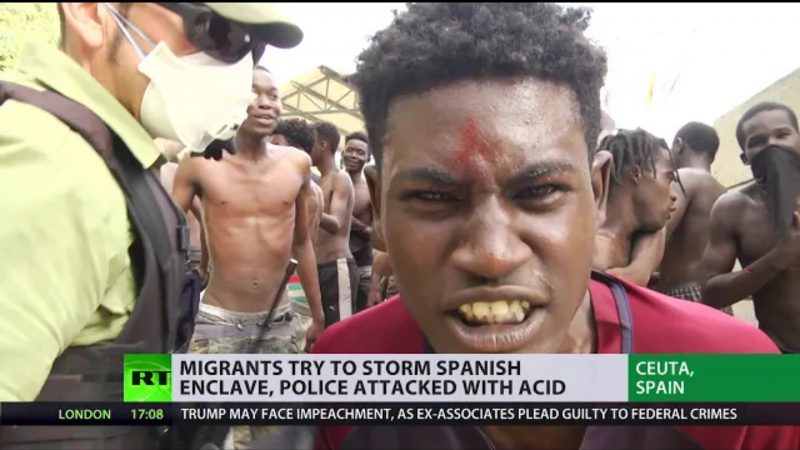 The Sun  Shocking footage showed some of the migrants with bloodied arms and legs from cuts apparently inflicted by the razor wire that tops the border fences. Mostly young men cheered as they walked towards a temporary reception centre, with at least one chanting: “I love Spain!”

Some were draped in European Union and Spanish flags as they stormed the highly fortified border and entry point into Europe. 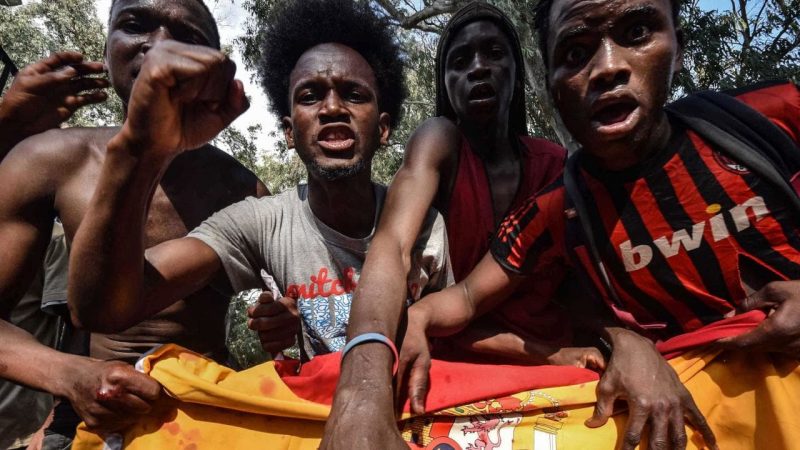 Ceuta and Melilla, another Spanish territory in North Africa, are the European Union’s only land borders with Africa. More than 3,800 migrants have crossed the Moroccan border into the Spanish enclaves so far this year, according to UNHCR.

More than 1,000 migrants clashed with riot police as they tried to tear down the same stretch of fencing in January 2017. One police officer lost an eye as they ambushed police in an “extremely violent and organised” push just after 4am on New Year’s day. In December 2016, two officers and three migrants were injured when almost 400 mostly African men tried to break through the border. 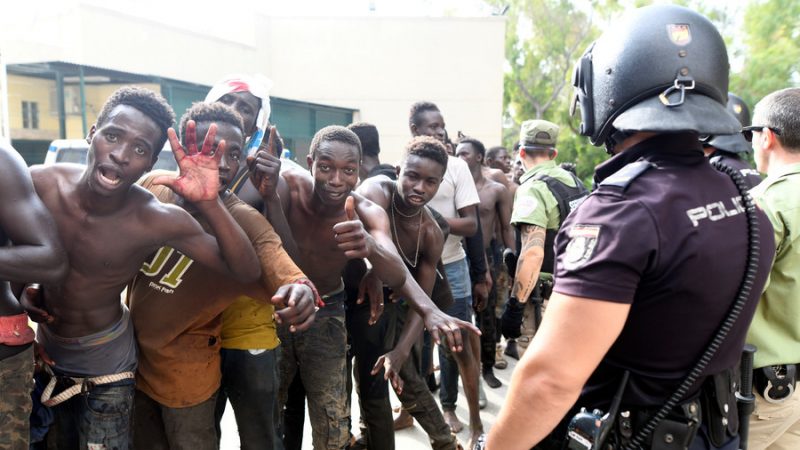 Criminal people-smugglers with their own ‘president’ and ‘prime minister’ are training massed bands of African illegal aliens to attack Spain’s borders with Morocco in exchange for money.

Breitbart  Confidential police reports seen by El Pais indicate that the crime gangs are charging migrants £16 ($20) to participate in violent, organized attacks on the border between Morocco and Ceuta, a Spanish exclave on the coast of North Africa. 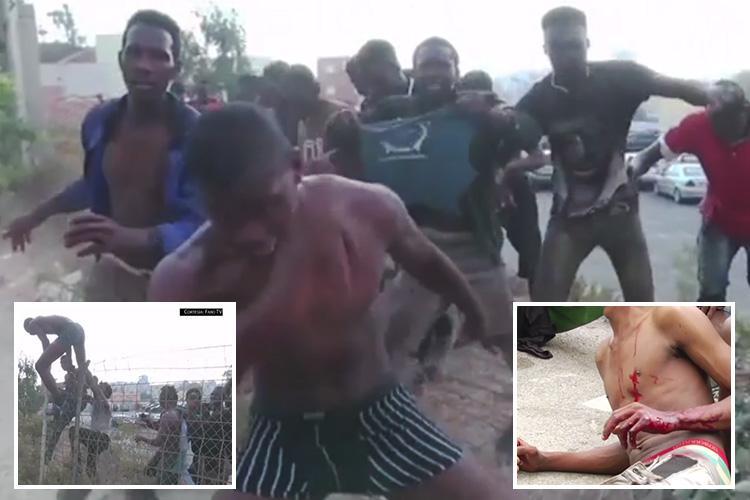 The police reports suggest the traffickers send out scouts to “inspect the [border] and collect updated information on the security measures implemented by the Spanish and Moroccan security forces,” with bands of migrants sometimes hundreds strong charging the fences where weak points are discovered.

The migrants are trained to take out any border guards who attend by hurling bottles of burning quicklime, battery acid, and human excrement at them — as they did on August 22nd, when more than a hundred men, some draped in European Union flags, breached the fences, injuring seven guards.

The number of people arriving in Spain via Ceuta and its sister exclave, Melilla, was already up 130 percent between January and July compared to the same period last year before the recent mass breakthroughs. 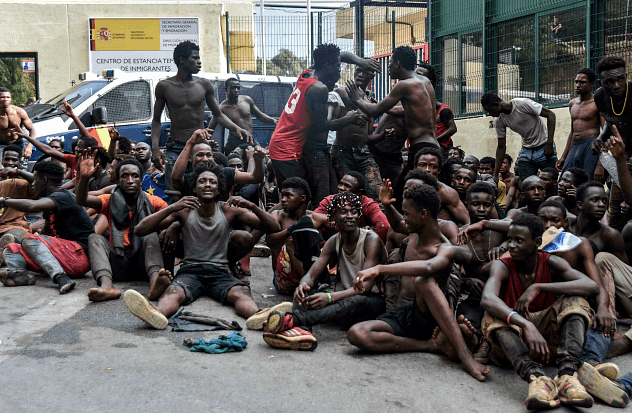 Spain has also seen a substantial increase in the number of people arriving by sea — becoming, for the first time since the onset of the migrant crisis in 2015, the number one entry point for illegal migrants in Europe, ahead of both Greece and Italy.

This follows the election of a populist, anti-mass migration coalition government comprised of Matteo Salvini’s League (Lega) and Luigi Di Maio’s Five Star Movement (M5S) in Italy at the same time as the installation of a Socialist Party government in Spain, which has a lax attitude towards border controls and insists there is no “mass migration” to their country.

Spain’s new Socialist Party governors have even suggested that “unless [Europe] wants to gradually turn into an ageing continent, we need new blood” — and indicated that this should come from migrants, as “it doesn’t look like this new blood is coming from our capacity to procreate”.

Indeed, far from pledging to increase protection for Spain’s two North African cities, the Socialists have said they will take away the razor wire topping their perimeter fences, so invading migrants do not cut themselves. 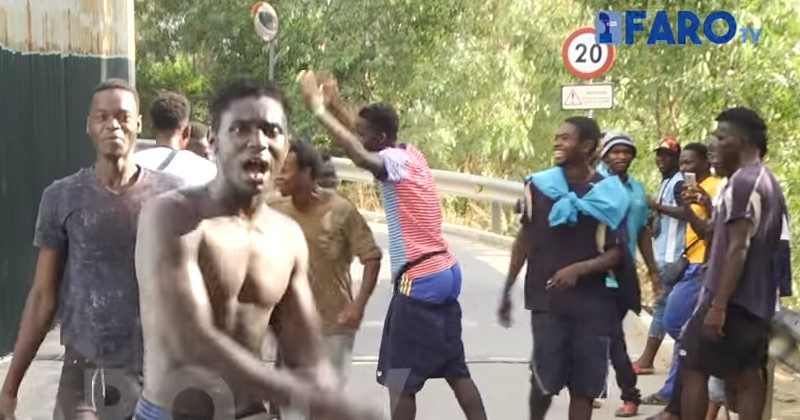