Why do these mainly Sudanese Muslims want so desperately to get into the UK, when they already are in a safe EU country? It’s simple: More and better welfare benefits that they can be dependent on for life…as can all their family members when they come. 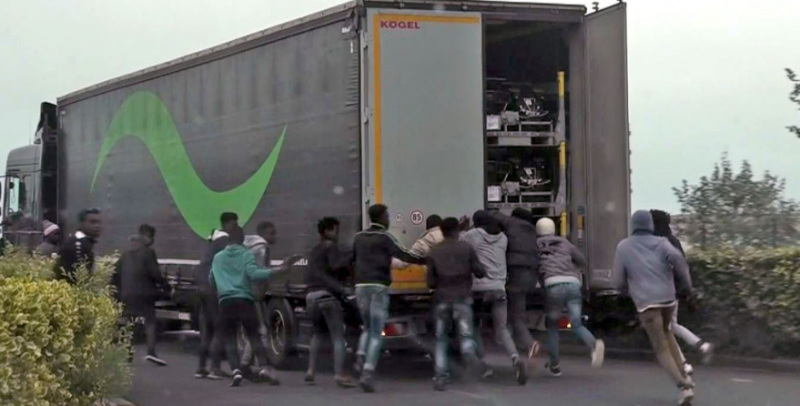 SKY News  The dangerous, brazen, desperate dash is now happening every day and every night on almost every truck that passes through. The illegal invaders are all men, mostly from Sudan. Since the sprawling ‘Jungle’ camp in Calais was closed last year, the many thousands of illegal Muslim squatters in northern France have dispersed across the region. Local Ouistreham townspeople live in fear of the illegal invaders and the robberies, rapes, and assaults they carry out.

When the interviewer asks some of them their ages, they all respond that they are under 18, knowing full well that status as an alleged “unaccompanied minor” will give them priority. You can be sure none of them are under 18.