African Sudanese Muslim gang violence and riots in Melbourne were stepped up this past week in Collingwood where there was a direct clash between the African Muslim and South Pacific Islander gangs. The Victoria Police riot squad was deployed, a police car was damaged, and yet no-one was arrested even though a person was run over by a car and has lost a leg. 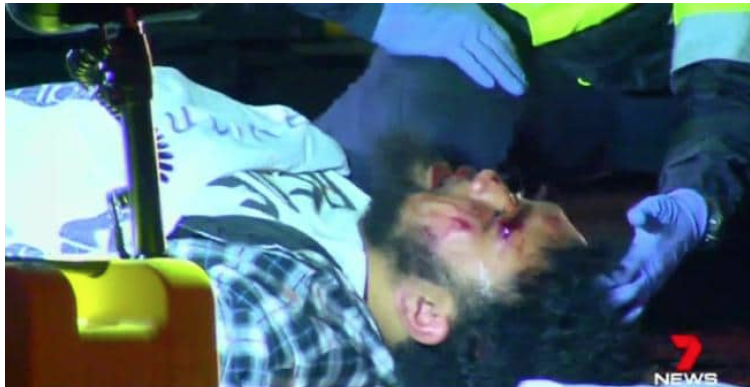 The Australian  (h/t Marvin W) Victoria Police top brass are reeling from deepening criticism that their no-arrest policy is failing to tame gangs following a violent street brawl that involved more than 200 African-Australian and Pacific Islander youths and ended in a terrifying car attack.

An 18-year-old man was in hospital in a critical condition last night with leg injuries after being hit by a car at the end of a huge fight that broke out at a record label launch early yesterday morning. Five other youths were hospitalized with injuries suffered during a fight in the street. 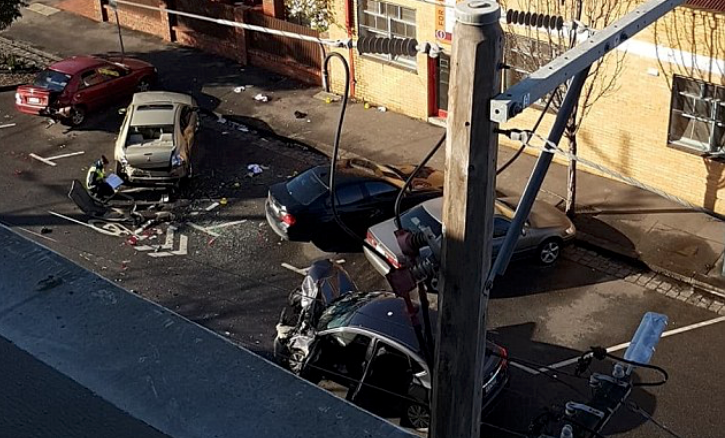 The latest public brawl involving African-Muslim youths comes three weeks after riot police and helicopters were called to control a clash between warring teens in the outer-northwestern suburb of Taylors Hill.

Victoria Police Chief Commissioner Graham Ashton established an African-Australian Community Taskforce in January to deal with youth crime. Since then, there have been several out-of-control parties and violent robberies. In July, 19-year-old  Sudan­ese woman was stabbed to death after an altercation at an Airbnb party. 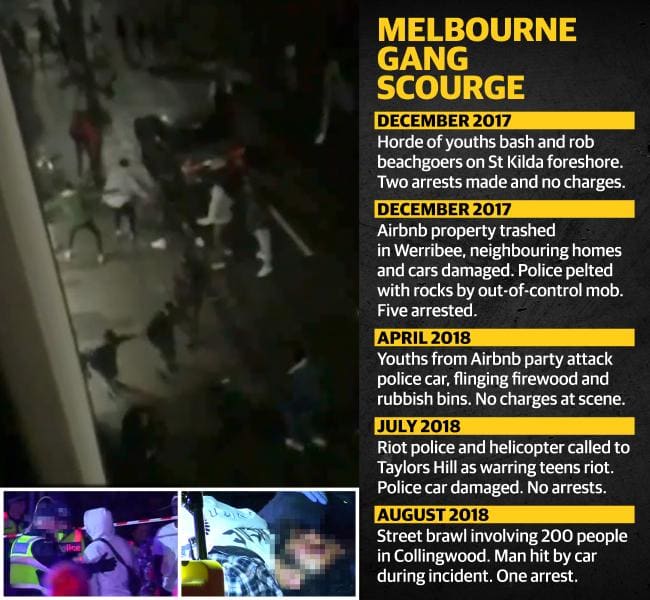 Residents who watched as the brawl unfolded outside their homes said police were “completely outnumbered” and unable to control the crowd after the car ploughed into pedestrians. Neighbours in the street reported seeing a car speeding towards the crowd, where it hit a young man and pinned him against another car.