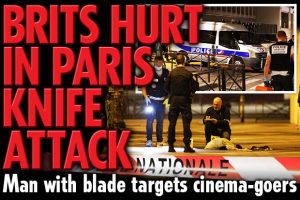 TWO British tourists were among seven injured by a rampaging Muslim knife jihadist in Paris last night. The attacker, as yet unnamed but reportedly in his 30s, was using fake child identity documents issued to an Afghan minor, according to claims made by an investigating source. He was described as being of Pakistani or Afghan Muslim origin, and began “slashing passers-by” on the Loire Quay, north of the city.

Can the phony “Mental Issues” excuse be far behind? 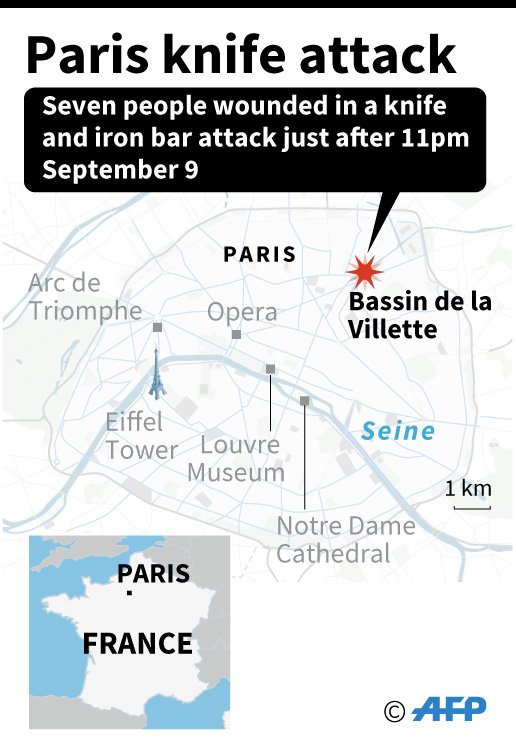 The Sun  Officials said they do not believe the attack was linked to terrorism, but it followed a series of terrorist attacks in the city that were claimed by ISIS.

Armed with a 15-inch blade and a metal bar, he first stabbed two men and a woman outside the MK2 cinema complex. He then proceeded to a nearby street, where he attacked two British tourists, according to investigators. One was particularly badly hurt after being “stabbed in the head”, while the other was “cut in the chest”.

Nice guy, kept himself to himself at the mosque. Parents had no idea, thoughts & prayers bollocks etc.

Officials said they do not believe the attack was linked to terrorism, but it followed a series of attacks in the city that were claimed by ISIS. The area is reportedly well known for its immigrant communities, many of them Afghan, some sleeping in the streets as they try to get to the UK to claim asylum.

The attacker was reportedly previously known to police.