Breitbart  This follows the elections of right-leaning governments in Italy and Austria, which already are enacting polices to stop Muslim migrant wannabes from entering their countries, while deporting the illegals who are already there.

Michelle Bachelet said in a statement Monday that the Office of the High Commissioner for Human Rights (OHCHR) is set to “send personnel to Italy to evaluate reports of a sharp increase in acts of violence and racism against African Muslim migrants.” 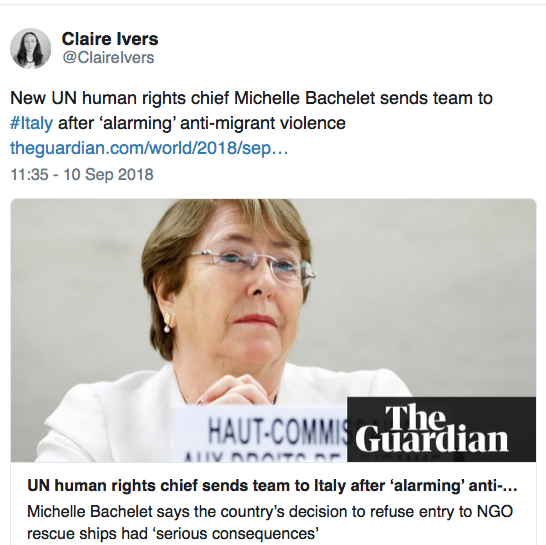 Italy’s interior minister and deputy prime minister Salvini said the country would refuse to “take orders from anyone, least of all the UN”, which he described as having “again proved itself to be biased, pointlessly costly and badly informed”, noting that police have denied allegations there is a “racism emergency”.

“The UN is an organization that costs billions of euros, to which Italy gives over 100 million every year in contributions and we will weigh with our allies on the usefulness of continuing to give these 100 million euros to fund waste, embezzlement, and theft for a body that wants to give lessons to Italians and that also has countries that engage in torture and [still have] the death penalty,” Salvini continued.

“If I were the UN, I would have half a world to send inspectors to before Italy. Go look for racism elsewhere, not in Italy,” he added.

“Before doing checks on Italy, the UN should investigate its member States who ignore basic rights like freedom and equality between men and women,” Salvini added. 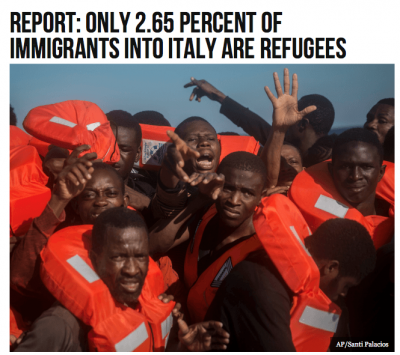 The former leader of Chile and lifelong socialist, who opted to live in communist East Germany for some of her youth, used her speech to denounce U.S. President Donald Trump’s tougher border control policies and to demand the EU create a dedicated search and rescue mission to ferry migrants from Africa to Europe, according to the Associated Press.

Having previously been the body’s top contributor, the U.S. pulled out of the United Nations Human Rights Council in June, calling it a “cesspool of political bias” that “makes a mockery of human rights”.

Seems like the “racism” in Italy is against the Italians.