In recent months thousands of illegal African Muslim migrants have attempted to jump the border in Ceuta, a Spanish city in Morocco to gain access to Europe. Even worse, the new Socialist government in Spain has ordered police to handle the violent thugs with kid gloves.

Westmonster visited Ceuta and interviewed local campaigners from the new anti-mass migration party Vox, one said the migrants use “corrosive liquids, box with excrement inside to throw to the police, flamethrowers” he continued “if you see how migrants (all young military aged men) jump the fence it’s not normal people, they have military training.” 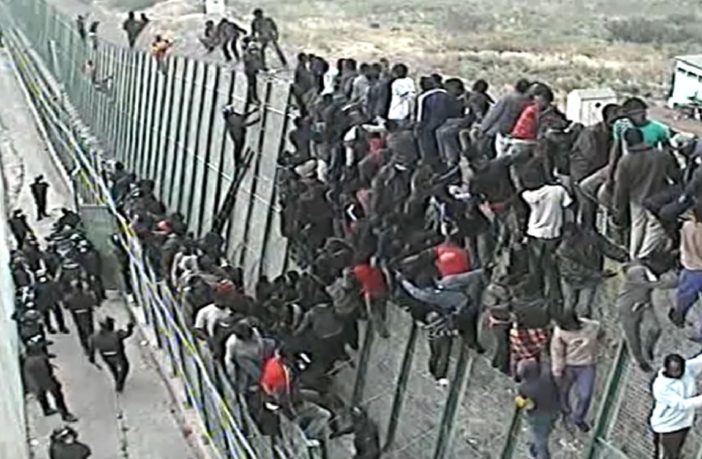 “The police have a direct order from the Government, please don’t use violence if anyone jumps you, no problem you only try to catch [them].” However, he explained the problem with this “if you are receiving a direct attack if anyone is throwing you acids, using knives, throwing to you excrement box you need to defend your life.”