What Guy Verhofstadt, former Belgian prime minister and president of the Alliance of Liberals and Democrats for Europe Group (ALDE) in the European Parliament, means is Viktor Orban’s policy of banning all Muslim migrants from invading Hungary is unacceptable. I guess he didn’t hear President Trump’s recent speech to the UN, where just like Orban, he emphasized his disdain for the international rules-based order. 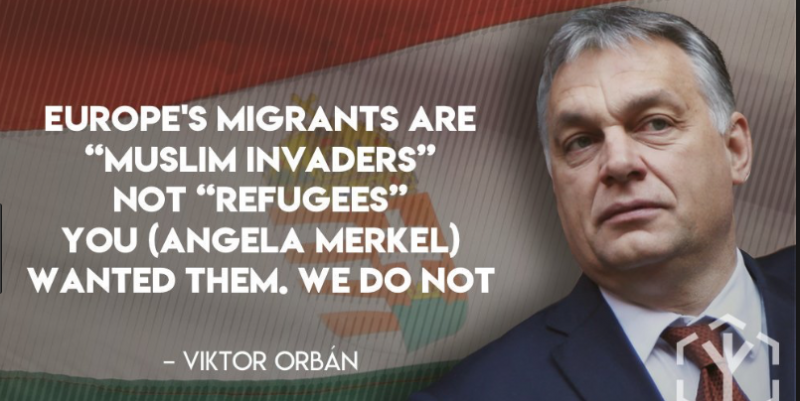 CNN In a historic vote on Wednesday,over two-thirds of members of the European Parliament voted to trigger soon Article 7 of the Lisbon Treaty, which starts the process of sanctioning the Hungarian government in light of its growing authoritarian and anti-democratic behavior, which could eventually lead to the suspension of Hungary’s voting rights in the European Union. 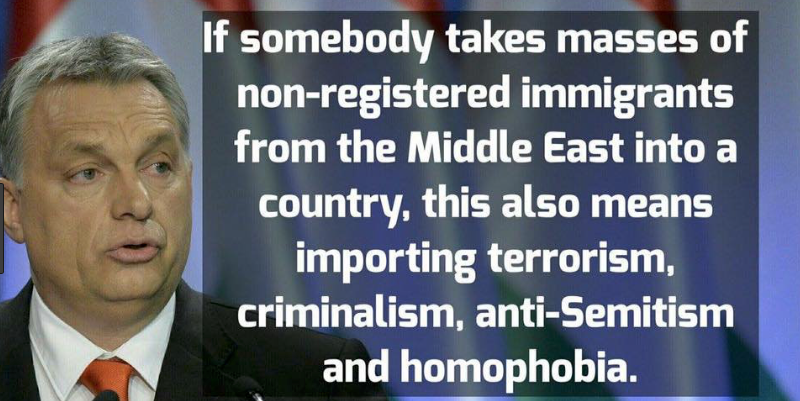 With state support, rhetoric similar to that used by the former leader of the United Kingdom Independence Party, Nigel Farage, to scare voters about mass Muslim migration during the Brexit referendum has been deployed across Hungary, seemingly with the sole aim of whipping up hostility to Muslim migrants — and to demonize George Soros.

Orbán is quite open about his goal to keep Europe for Europeans. More than that, he wishes to spread this ideal to other countries in Europe and beyond, teaming up with former Trump advisor Steve Bannon and Italy’s populist anti-Muslim immigration Interior Minister, Matteo Salvini.

European governments and the US have a moral obligation to intervene. We cannot stand aside and let populist, far-right governments drag democratic European states into Vladimir Putin’s orbit and undermine the postwar international norms.