For several days the mainstream media have been shrieking, wailing, crying, and beating its breast over the possible tragic fate of Jamal Khashoggi, who worked for the often sharia-compliant Washington Post.

Frontpage Magazine  (h/t RF) Every utterance made by the Turkish Islamiofascist regime is treated as fact by the media. Trump is being barraged with “how could you” lectures by the same media that is happy to ignore the tens of thousands of political prisoners in Turkish jails.

He had become the darling of western commentators on the Middle East. With almost two million Twitter followers, he was the most famous political pundit in the Arab world and a regular guest on the major TV news networks in Britain and the United States. Would the Saudis dare to cause him harm? It turns out that the answer to that question was ‘You betcha.’ 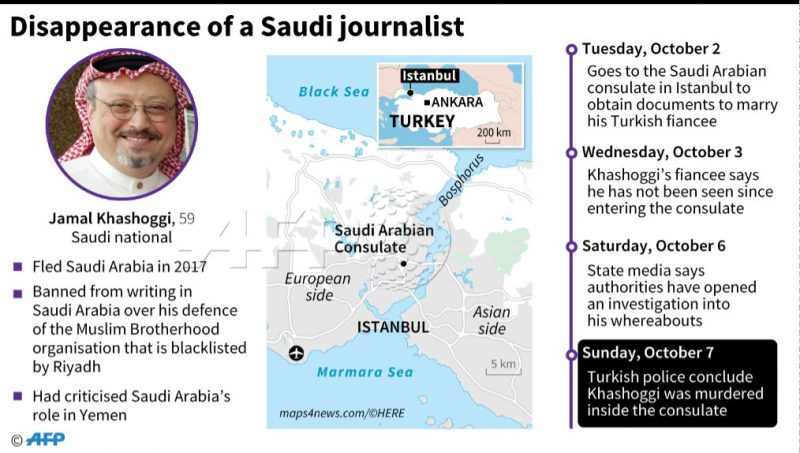 The fate of Khashoggi has at least provoked global outrage, but it’s for all the wrong reasons. We are told he was a liberal, Saudi progressive voice fighting for freedom and democracy, and a martyr who paid the ultimate price for telling the truth to power.

In truth, Khashoggi never had much time for western-style pluralistic democracy. In the 1970s he joined the Muslim Brotherhood, which exists to rid the Islamic world of western influence. He was a political Islamofascist until the end, recently praising the Muslim Brotherhood in the Washington Post. 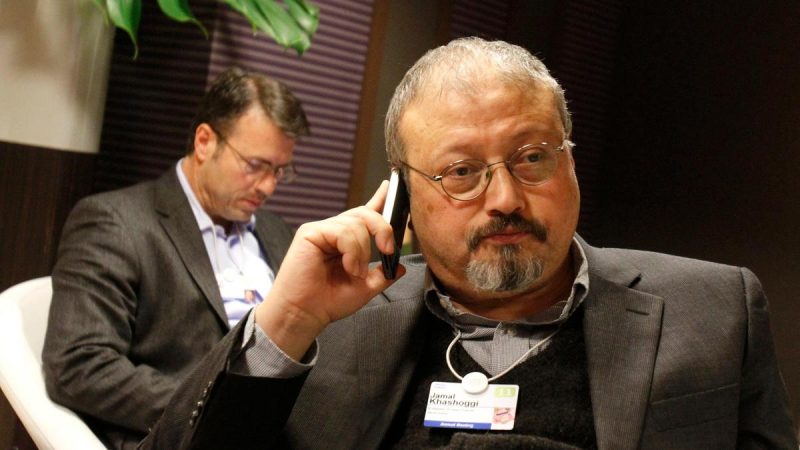 In many respects, bin Salman’s regime has been revolutionary: he has let women drive, sided with Israel against Iran and curtailed the religious police. When Boris Johnson was foreign secretary, he said that bin Salman was the best thing to happen to the region in at least a decade, that the style of government of this 33-year-old prince was utterly different.

But the cruelty and the bloodletting have not stopped:

Princes and businessmen caught up in a corruption crackdown are reported to have been tortured; Shia demonstrators have been mowed down in the streets and had their villages reduced to rubble; social media activists have been sentenced to thousands of lashes; families of overseas-based activists have been arbitrarily arrested. In an attempt to justify this, bin Salman said this week he was ‘trying to get rid of extremism and terrorism without civil war, without stopping the country from growing, with continuous progress in all elements,’ adding: ‘So if there is a small price in that area, it’s better than paying a big debt to do that move.’ 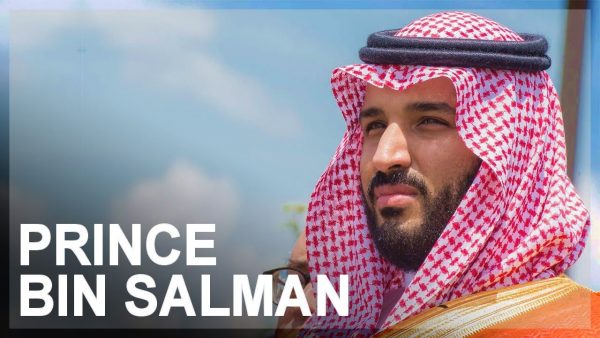 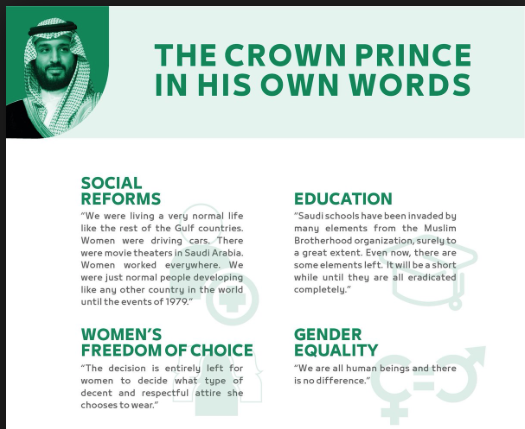 Saudi crown prince Bin Salman agrees with U.S. on Russia, Assad, Iran and ISIS and according to some reports, he’s also met with top Israeli officials

Mohammed bin Salman has been good news for Israel and the United States, as his firm anti-Iranian positions make him an important partner – and not only in the struggle against Iran. Bin Salman agrees with America on the need to thwart Russian influence in the region; to topple President Bashar Assad’s regime in Syria; and to act firmly against ISIS and other radical organizations, from the Muslim Brotherhood to Hezbollah. During the last two years, several Arab websites have reported that bin Salman also met with top Israelis. http://bit.ly/2s0arFF

Khashoggi championed the s0-called  ‘moderate’ Islamic rebel opposition in Syria, whose countless crimes against humanity are a matter of record.

Khashoggi frequently sugarcoated his Islamofascist beliefs with constant references to freedom and democracy. But he never hid that he was in favour of a Muslim Brotherhood arc throughout the Middle East. His recurring plea to bin Salman in his columns was to embrace not western-style democracy, but the rise of political Islam which the Arab Spring had inadvertently given rise to. For Khashoggi, secularism was the enemy.

The Washington Post was happy to provide a forum for a member of a terror network that is responsible for murdering countless Christians and Jews.

The media is hysterically attacking a Saudi reformer (the Crown Prince) in support of an Islamofascist reporter.  Everything it’s telling you is a lie. 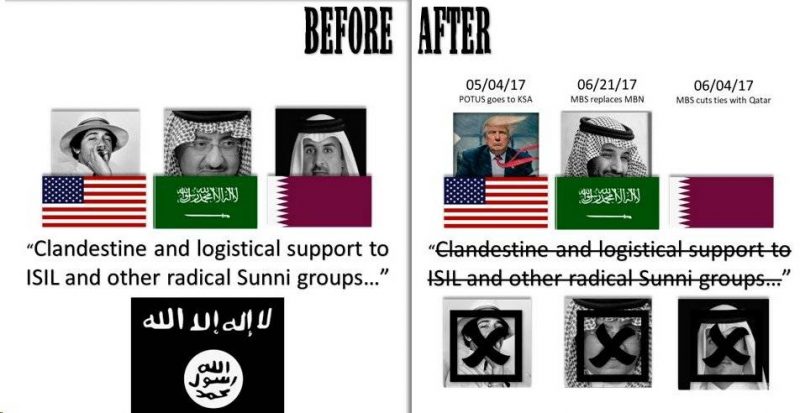 It was Yasin Aktay — a former MP for Turkey’s ruling Justice and Development party (AKP) — whom Khashoggi told his fiancée to call if he did not emerge from the consulate. The AKP is, in effect, the Turkish branch of the Muslim Brotherhood.

His most trusted friend, then, was an adviser to President Erdogan, who is fast becoming known as the most vicious persecutor of journalists on earth. Khashoggi never meaningfully criticised Erdogan. So we ought not to see this as the assassination of a liberal reformer.

Khashoggi and his fellow travellers believe in imposing Islamic rule by engaging in the democratic process. The Wahhabis loathe democracy as a western invention. Instead, they choose to live life as it supposedly existed during the time of the Muslim prophet. In the final analysis, though, they are different means to achieving the same goal: Islamist theocracy.

This matters because, although bin Salman has rejected Wahhabism — to the delight of the West — he continues to view the Muslim Brotherhood as the main threat most likely to derail his vision for a new Saudi Arabia.

And it gets worse.

Most of the Islamic clerics in Saudi Arabia who have been imprisoned over the past two years — Khashoggi’s friends — have historic ties to the Muslim Brotherhood. Khashoggi had therefore emerged as a de facto leader of the Saudi branch. Due to his profile and influence, he was the biggest political threat to bin Salman’s rule outside of the royal family.

And that may have been the fatal snub, not least because Khashoggi had earlier this year established a new political party in the US called Democracy for the Arab World Now, which would support Islamist gains in democratic elections throughout the region. Bin Salman’s nightmare of a Khashoggi-led Islamofascist political opposition was about to become a reality.

This is what the media and those politicians stupid enough to be shrieking about Khashoggi support.