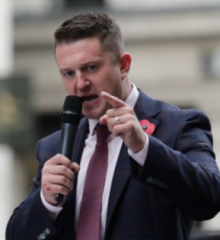 The Middle East Forum has, in conjunction with the David Horowitz Freedom Center, invited British activist and journalist, Tommy Robinson, to the United States. In addition, Rep. Paul Gosar (Republican congressman from Arizona) and six other members of Congress have invited Mr. Robinson to speak to the Conservative Opportunity Society in a private event.

Middle East Forum  Assuming all the legal issues are sorted out, he will address the public in Washington, D.C. on November 14. Americans will then have a chance to hear Mr. Robinson, a long-time target of UK authorities attempting to silence criticism of Islamism, about his first-hand experience confronting radical Islam and his cautionary tale about political correctness run amok. 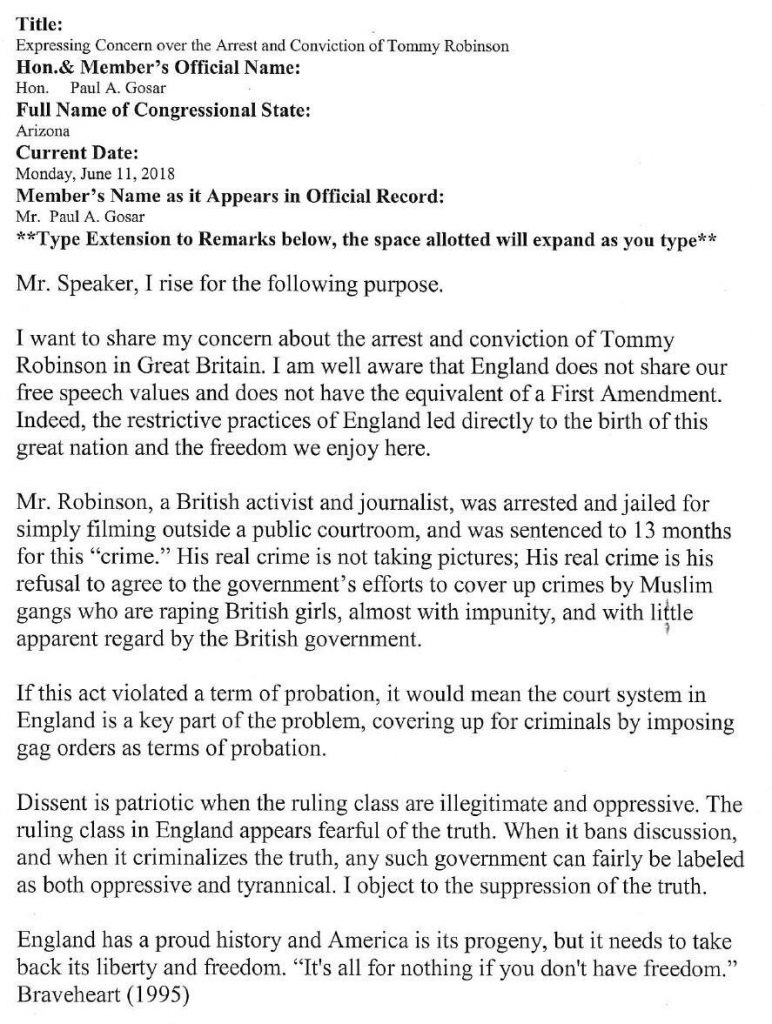 The Forum first sprung to the defense of Mr. Robinson’s rights last May when he was arrested, tried, convicted, sentenced to 13 months prison, and jailed – all in the course of five hours – after covering a rape grooming trial involving Muslim defendants in England. He is accused of contempt of court for live-streaming details of an ongoing child grooming trial on Facebook. 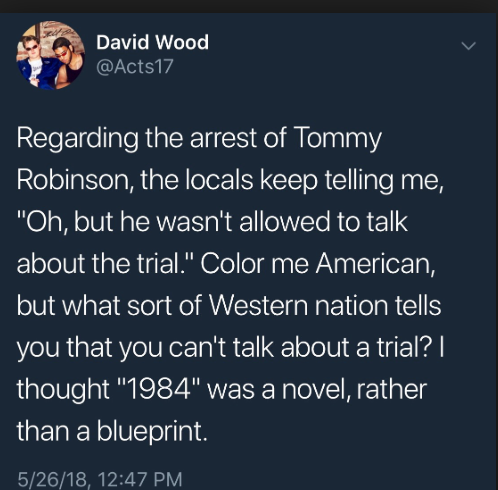 On August 1, the Lord Chief Justice of England and Wales threw out his conviction and released him from prison, citing a lack of due process. A re-trial was ordered and Mr. Robinson is currently free on bail after a London judge referred the case to the UK Attorney General, saying it was too complex an issue for him to decide on his own. This allegedly could have caused the trial to collapse, costing hundreds of thousands of pounds. The grooming gang was later jailed for a combined 221 years. 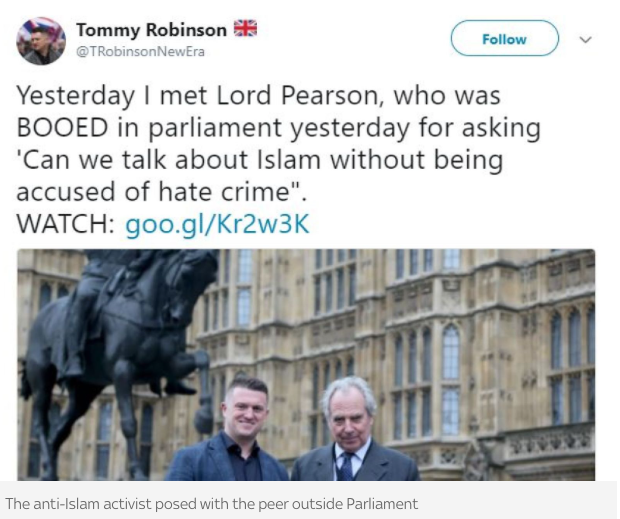 “Mr. Robinson titled his autobiography Enemy of the State and that title is dismayingly apt,” notes MEF counselor and Legal Project director Marc Fink. “The UK government and press have come down hard on him by way of conveying a general message: discuss Islamic issues with caution. This could be a warning to Americans too, as some voices here argue that ‘hate speech’ should not enjoy First Amendment protection. Is Mr. Robinson’s plight America’s future?”

The Middle East Forum will continue to support Mr. Robinson personally, as well as the general right to publicly discuss controversial subjects – including those related to Islam – without facing legal jeopardy.

In case you are unfamiliar with Tommy Robinson, here’s a short video about Tommy’s May arrest for filming outside courtroom where Muslim paedophile rapists were on trial. He was imprisoned in a jail with many Muslim inmates who threatened his life, forcing his placement in solitary confinement. Tommy was charged with “contempt of court” for filming there, a minor charge that never results in any punishment more serious than a small fine.