Home Secretary Sajid Javid has launched an outspoken attack on the Huddersfield sex grooming gang – who targeted mainly white girls as young as 11 – by explicitly highlighting their ‘racial’ heritage. In comments that triggered a storm on social media, Mr Javid described the gang members as ‘sick Asian paedophiles’ – leading one Twitter user to accuse him of trying to appeal to ‘far-right extremists.’ 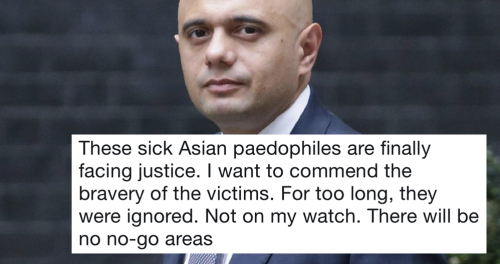 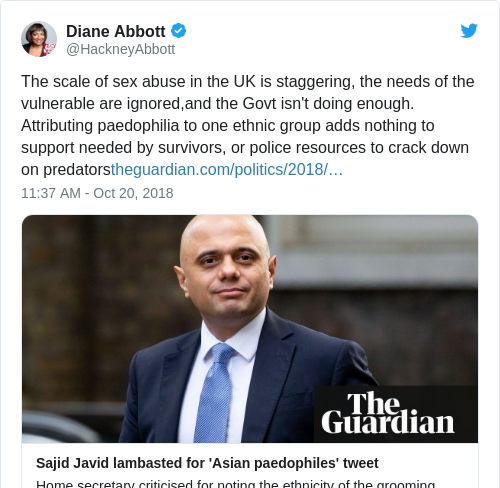 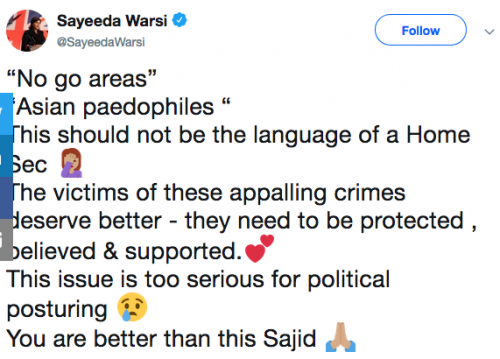 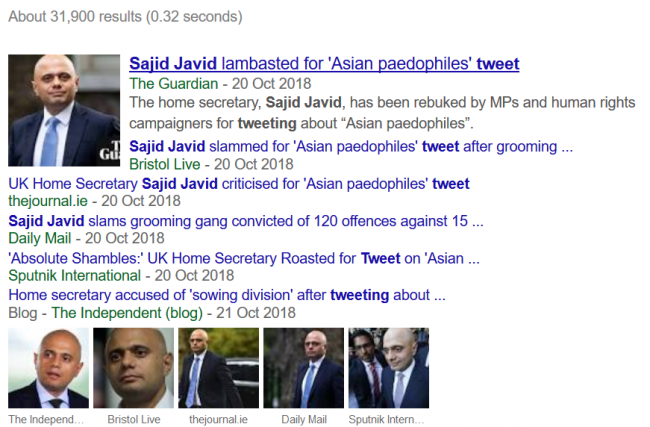 Javid at least, gets closer to the truth than anyone on the left by also identifying these “Asian” gangs as “Paskistani” heritage. He just can’t quite bring himself to identify the one common factor common to all the grooming gangs – their Muslim heritage.

In a discussion about whether it is right to tell the white folks that young white girls are being mass gang-raped by (Pakistani Muslims) or whether this fact should be concealed from them, interviewer Robert Peston tells the Home Secretary that it’s best to keep it quiet. Muslims are gang-raping white girls because they feel “excluded from British society”, he suggests. Whitey is to blame for excluding them, obviously.

Home Secretary @sajidjavid says he stands by his comments on 'Asian' grooming gangs as mentioning their ethnicity is simply "a statement of the obvious" about recent cases. #Peston pic.twitter.com/IqZxMXPIfz

Twenty men were found guilty on Friday of belonging to a grooming gang that raped and abused young girls in Huddersfield, West Yorkshire. The men were convicted of more than 120 offences against 15 girls. The victims were plied with drink and drugs during a seven-year campaign of rape and abuse between 2004 and 2011. The men were all British , Muslims with most of them – like Mr Javid – of Pakistani heritage. All but two of the victims were white.

.@ChukaUmunna tells @sajidjavid that he has to be careful to not racialise the crimes committed by grooming gangs #Peston pic.twitter.com/eOUUiW04Mx