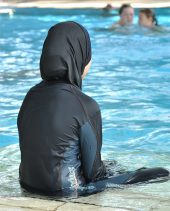 CREEPING SHARIA: Demands for special prayer rooms just for Muslims in public schools. Demands for prayer breaks during working hours just for Muslims. Increasingly, Muslim women are demanding and and being accommodated with so-called ‘privacy curtains’ at public swimming pools so they can swim in private with no glaring eyes from men. ‘One Nation’ politician aims to end this kind of discrimination. 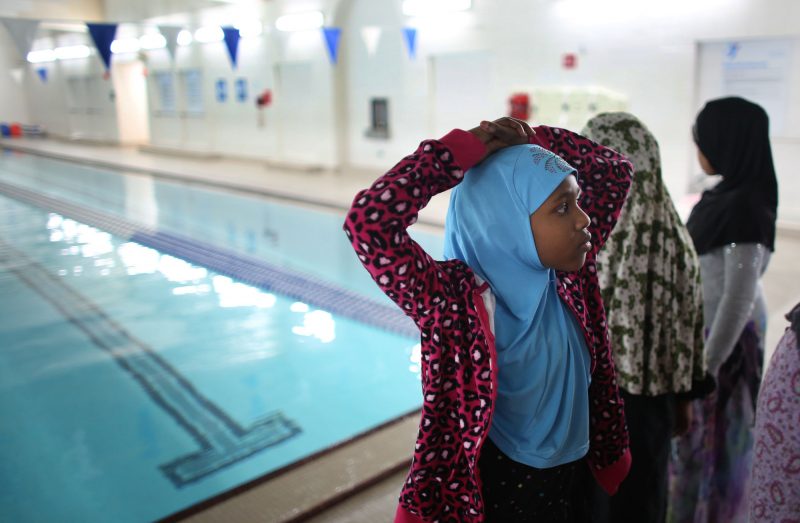 Daily Mail  Former Labor leader Mark Latham stands a strong chance of being elected to the New South Wales Parliament in March 2019 as a One Nation candidate. Latham, who is running for the upper house with the right-wing party, has released 10 key policies to overhaul state anti-discrimination laws.

He has proposed ‘creating a new criminal offence’ for segregating people on the  basis of race, gender, sexuality or religion in public spaces.

At the time, Mr Latham blasted the council for putting up curtains around Ruth Everuss Aquatic Centre in Auburn on Wednesdays in an area where Islam is practised by 43 per cent of residents.

The One Nation policy document has accused the council of pandering to ultra-conservative Muslim values that were ‘inconsistent with the values of Western civilisation’. ‘Public swimming pools have practiced Sharia law, with curtained off areas for Islamic women,’ it said.

Mr Latham, a former western Sydney-based federal MP, who has campaigned against identity politics since leaving Parliament in 2005, has also taken aim at hard-left university students by proposing to ban ‘safe spaces’.

The One Nation policy on eradicating segregation would make an exception for ‘private commercial ventures such as female-only gyms’.