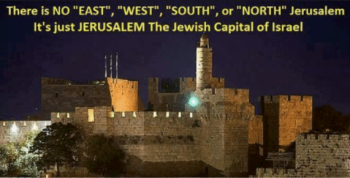 EuroNews “Australia now recognizes  ‘ West’ Jerusalem, being the seat of the Knesset and many of the institutions of government, is the capital of Israel,” the prime minister announced in Sydney. “We look forward to moving our embassy to ‘West’ Jerusalem when practical… and after final status determination,” he added.