Despite the proliferation of first-rate Jewish doctors in America, no doubt many far-left liberal Jews think nothing of being treated by a Muslim doctor. I wonder how many  were treated by Dr Lara Kollab, Internal Medicine Resident working at the renowned Cleveland Clinic in Ohio?

Her many Jew-hating tweets, as you can see below, finally caught up with her and got her fired. But one could conclude that it was this tweet below that put the final nail in her coffin.

Translations of the Arabic words are in RED on each tweet:

Thanks to IsraellyCool (h/t HowardW)

She has also compared Israel to Nazi Germany, spread anti-Semitic conspiracy theories and hatred of Israel, and accused Israel of exploiting the Holocaust.

Kollab is a supporter of the Boycott, Divestment, Sanctions (BDS) movement and a supporter of Students for Justice in Palestine (SJP). She is also is affiliated with Al Awda. 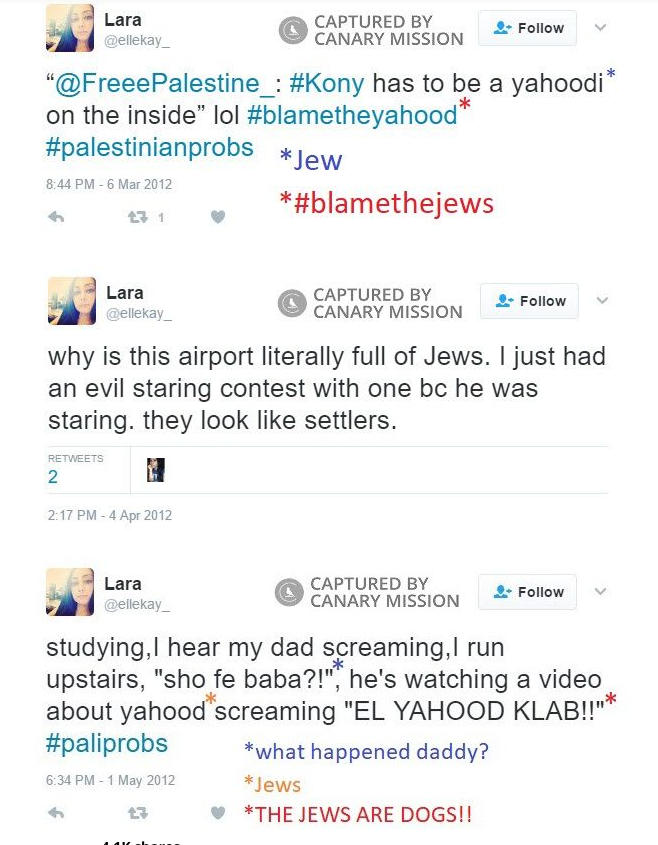 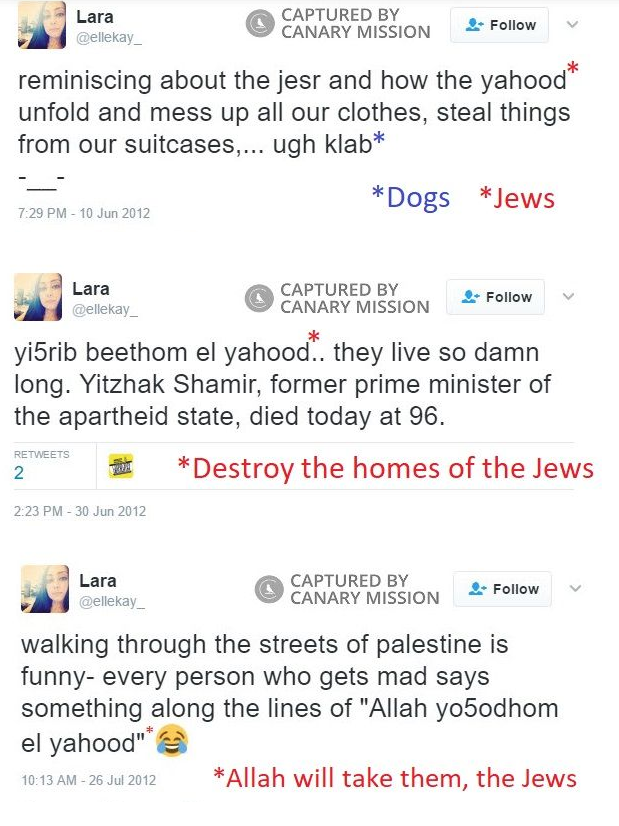 At some point Lara (@ellekay) was using a second Twitter ID – Elle (@ellekay): 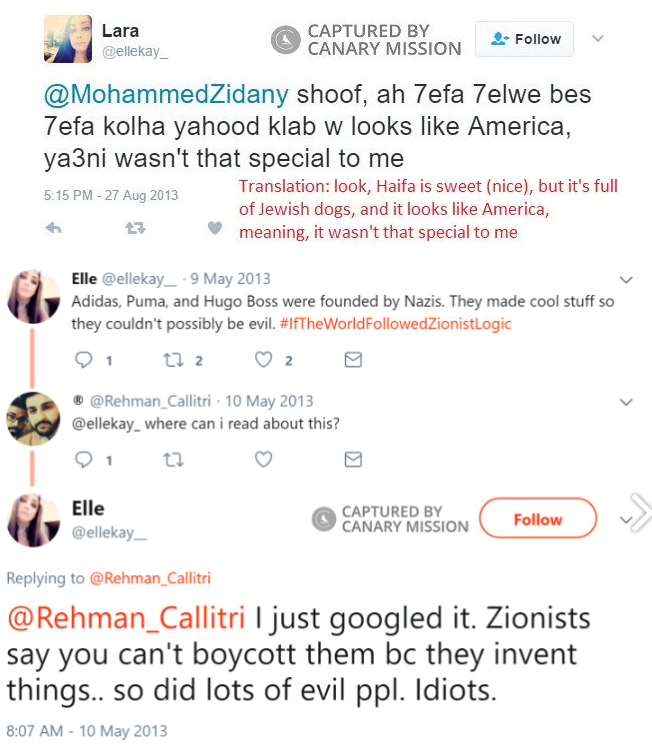 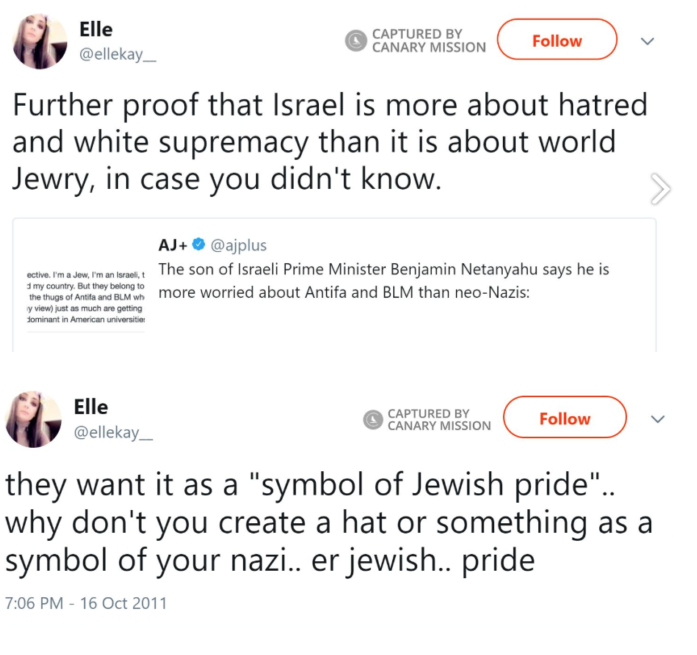 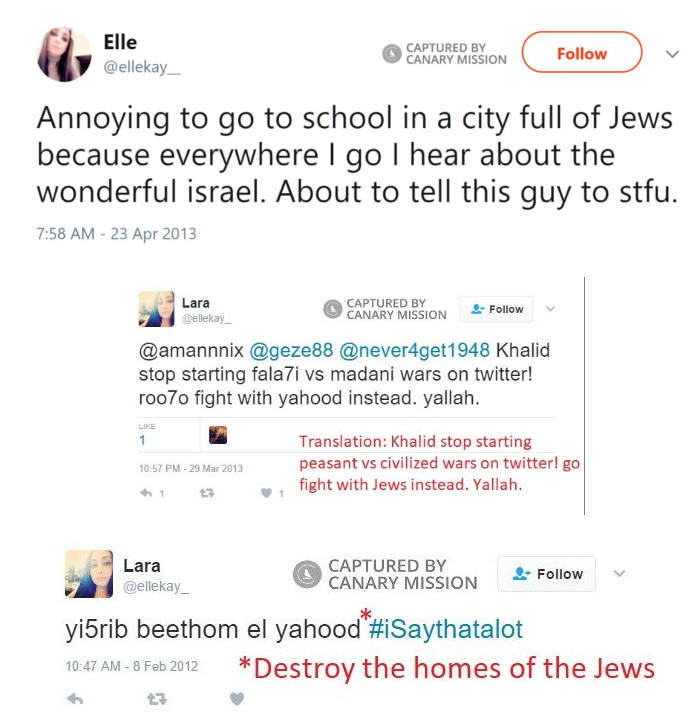 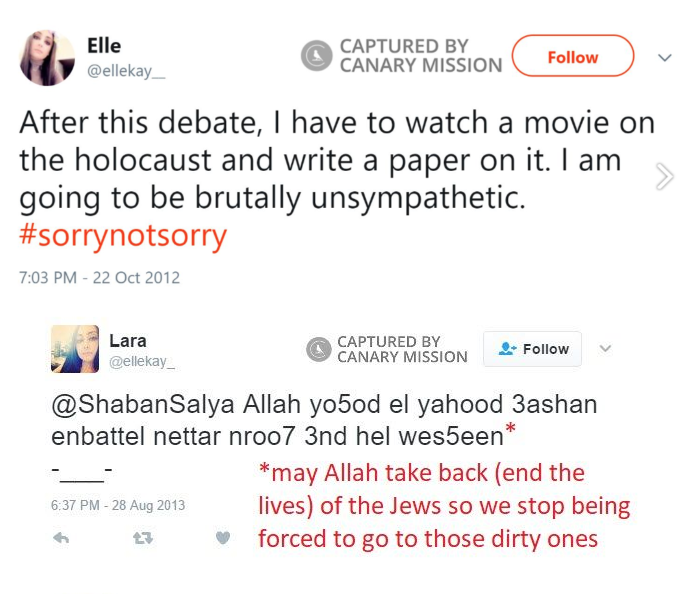 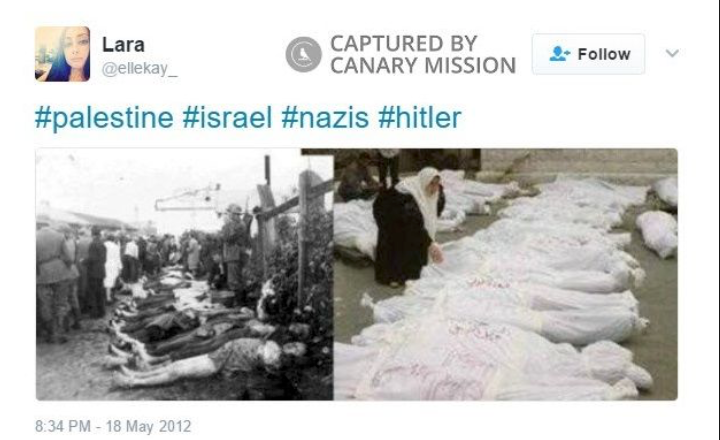 As of December 1, 2018, Kollab’s LinkedIn page said she was an Internal Medicine Resident based in Cleveland, Ohio. She graduated from the Touro College Of Osteopathic Medicine (Touro) with a D.O. in 2018. She received a bachelor’s degree from John Carroll University (JCU) in 2013.

Ratings for De. Kollab from Vitals.com 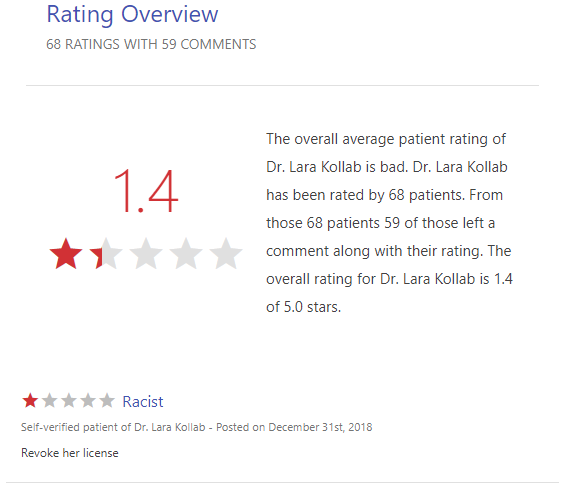 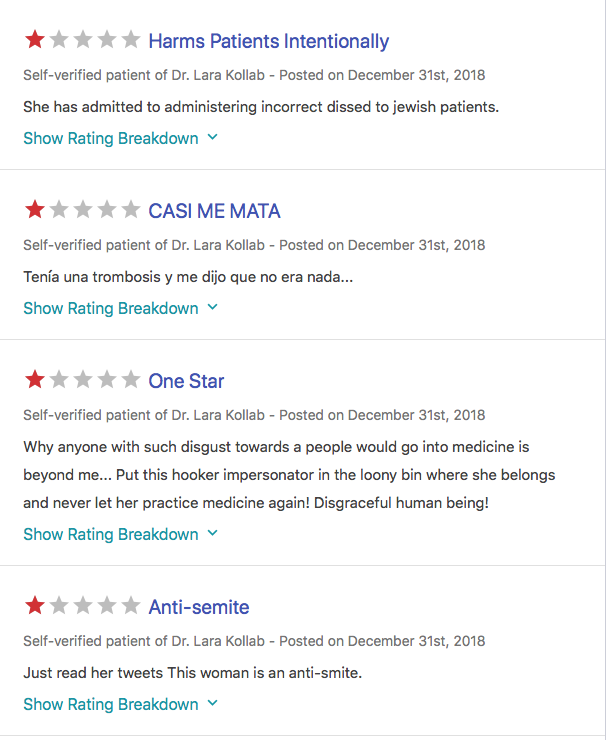 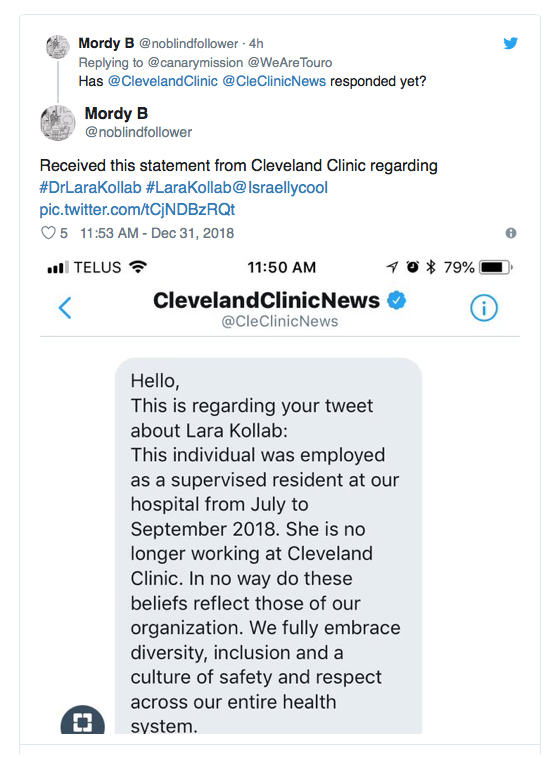 She was apparently fired after her tweets were exposed. 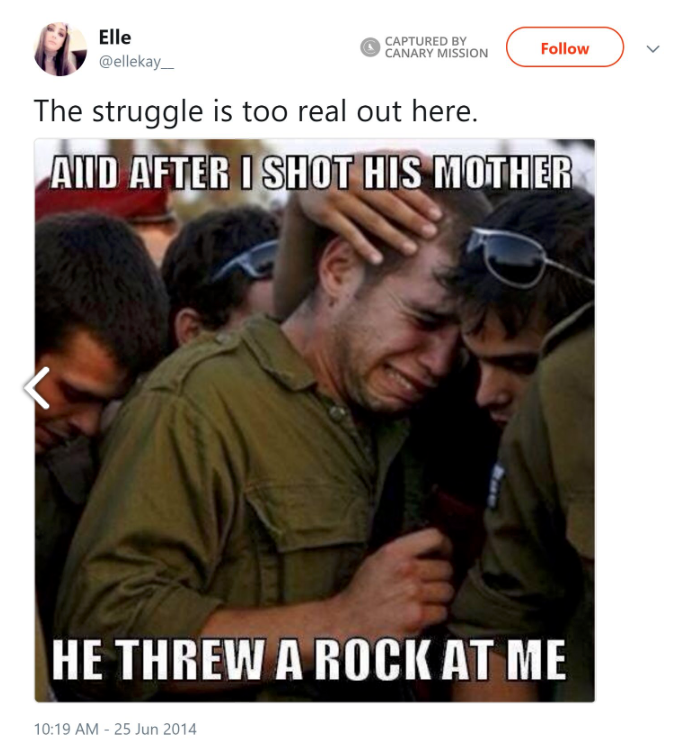