Fdescouche He recently gave an interview to the French left-wing newspaper Le Nouvel Observateur. France has one of the highest birth-rates of any EU country, partly because of the strong African demographic there, but also because the state offers generous subsidies for families with children.

Cochet wants these to be scaled back as follows:

“I suggest reversing our policy that encourages births, by inverting the logic of benefits payments for families. The more children you have, the fewer benefits you receive to the point of disappearing entirely after the third birth!”

“When we accept being ‘Neo-Malthusians,’ we are quickly accused of racism and elitism. For that reason therefore, I make it clear that I am not targeting the poorest countries, which produce more children than others. On the contrary. The rich countries, like France, are the first that need to decrease demographically. They are the ones with the most polluting lifestyles.”

“Most of all, limiting our births would allow us to better receive the Muslim migrants who are knocking at our doors.” 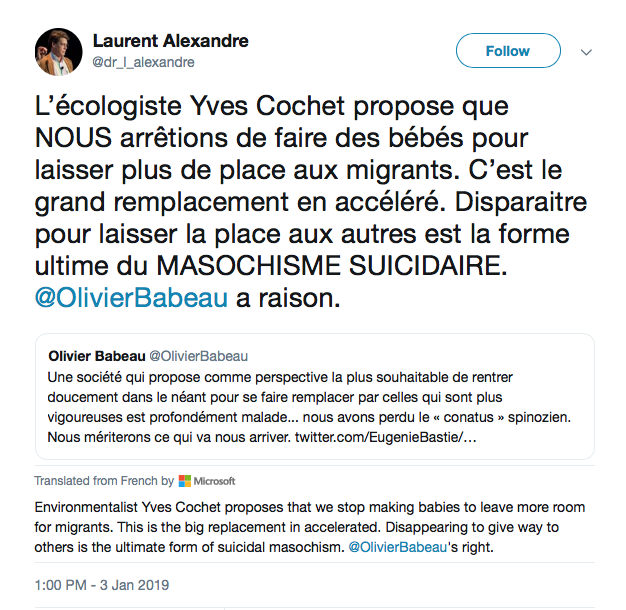