Sarsour has the ‘chutzpah’ to stand up and declare that Jerusalem “was, is, and always will be the capital of Palestine.” Even scarier, she claims that the prophet Mohammed was a “human rights activist, a feminist, AND the first Black Lives Matter activist in history.” Maybe her hijab – the leading symbol of oppressed Muslim women – is wrapped around her head too tightly.

ABOUT prophet Mo and his treatment of black people… 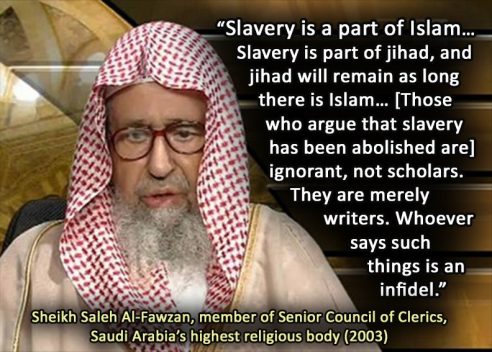 ABOUT Prophet Mo being a feminist…