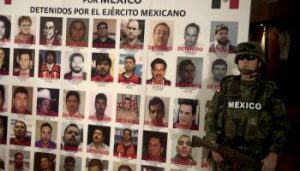 Ranchers and farmers near the U.S.-Mexico border have been finding Islamic prayer rugs on their properties in recent months, according to one rancher who asked to remain anonymous for fear of retaliation by the drug cartels, many of whom are heavily involved in human smuggling.

Washington Examiner  The mats are pieces of carpet that those of the Muslim faith kneel on as they worship during their unauthorized trek into and through the United States. “What Border Patrol classifies as OTMs [other than Mexicans] has really increased in the last couple years, but drastically within the last six months – a lot of Middle Easterners. 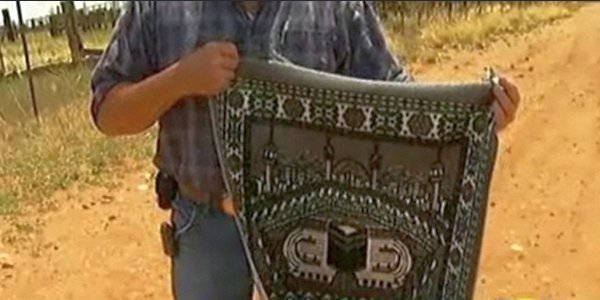 “There’s a lot of people coming in not just from Mexico,” the rancher said. “People, the general public, just don’t get the terrorist threats of that. That’s what’s really scary. You don’t know what’s coming across. We’ve found prayer rugs out here. It’s unreal. It’s not just Mexican nationals that are coming across.”

Government data indicates six known or suspected terrorists were caught trying to enter the U.S. from Mexico from Oct. 1, 2017, through March 31, 2018. However, the Trump administration has stated on several occasions that 3,700 people who were identified as coming from countries with terrorism problems have also been apprehended at that border. 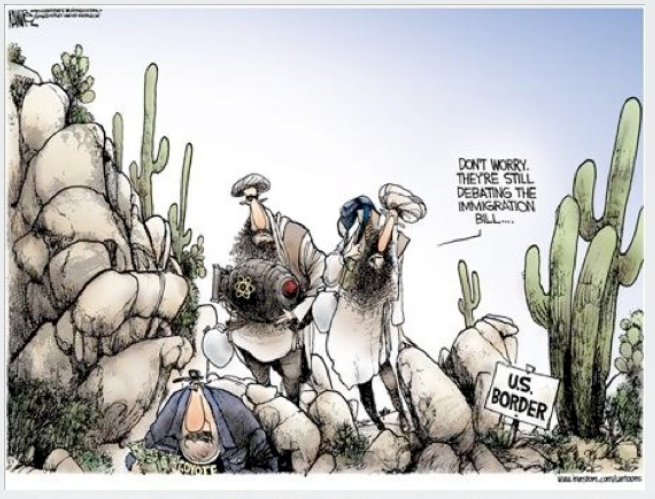 Also see: congressman-warns-venezuela-fueling-hezbollah-terror-group-presence-nefarious-ops-in-latin-america The presence of Iran and Hezbollah in Latin America pose an “asymmetric threat” to the United States, noting that the Shiite terrorist group has integrated with criminal networks in Latin America including Mexican drug cartels that operate along the U.S. border.

Judicial Watch has for years reported on the chilling connection between Islamic extremists and Mexican drug cartels. In fact, as far back as 2007 JW wrote about an astounding Drug Enforcement Agency (DEA) report that lays out how Islamic terrorists and Mexican drug gangs have teamed up to successfully penetrate the U.S. as well as finance terror networks in the Middle East.

This is not the first time Islamic prayer rugs and holy books and other materials have been found on the US – Mexico border.

This has been a problem since at least as far back as 2009 (when Obama became president).