Oliver Bridgeman, whose passport was cancelled in 2016 after authorities learned he went to Syria with a plan to engage in ‘hostile activities’ with a terrorist group, now says it is a ‘blessing in disguise’ in a video on social media.

Daily Mail  (h/t Sara S) An Australian man accused of fleeing to Syria to fight for an Al-Qaeda-backed group has boasted about his new life overseas, despite being wanted on terrorism charges.

Blonde-haired Oliver Bridgeman was only 18 years old when he fled his hometown in Queensland to Syria some time after a school trip in Indonesia in 2014.

Early in 2016, the Australian Federal Police cancelled the school captain’s passport and issued a warrant for his arrest, alleging he had become a foreign jihadi fighter. 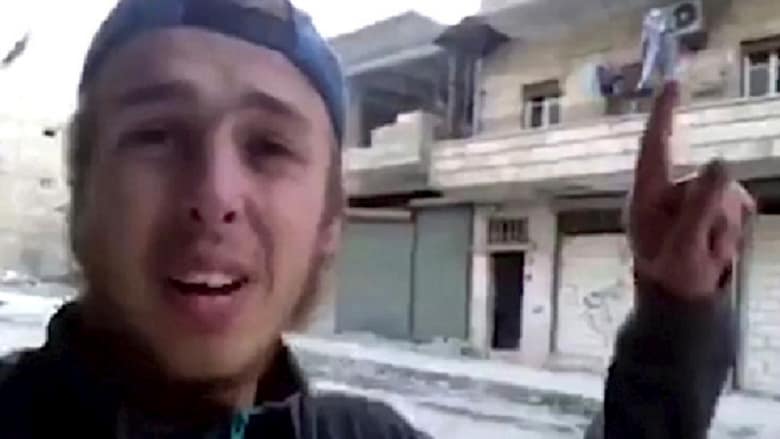 Speaking for the first time in several years in a video posted to social media on Monday, Bridgeman remained adamant that he never travelled to the war-torn country to fight with extremists.

‘I don’t want to boast but I think I’ve saved a lot of lives and improved the quality of life for a lot of Syrians,’ he said in an interview with US journalist Bilal Abdul Kareem – a fellow Islamic convert who moved to the Middle East.

Sporting a bushy beard and speaking with a thick accent, Bridgeman said the passport cancellation forced him to take time away from filming his apparent good deeds and focus more on helping people.

Oddly, he now seems to speak with an Arab Muslim accent in English:

Despite Bridgeman’s claims of humanitarian work, police believe the well-educated schoolboy from Toowoomba in far-north Queensland was radicalised, and travelled to fight.  The outstanding warrant for his arrest alleges he took part in ‘incursions into foreign countries with the intention of engaging in hostile activities.’

Bridgeman told Mr Kareem officials went to his parents’ home and ‘said basically they’re going to destroy your son’s future and were cancelling his passport.’ 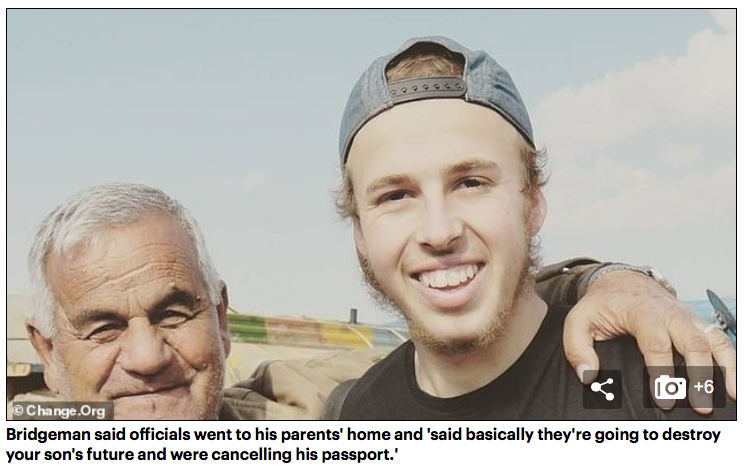 In 2015 he expressed interest in coming home, reportedly fearing for his safety, but he now claims he only wanted to get back into the country to clear his name before returning to Syria.

‘But, the will of Allah was that my passport was cancelled. It caused a bit of an issue with some of the NGOs I was working with… it made me put my head down a bit more, and help in ways that were (more) beneficial.’ ‘I think it’s the best thing that’s happened to me so far in Syria.’

He said the experience of living in a war zone for four years has completely changed him, and set him on a different trajectory to old high school friends or his younger sister.

Bridgeman got married two years ago, but he has never shown any of his family her identity. He hopes one day when his situation changes, he will be able to introduce his wife to his parents back home in Australia.