As a Muslim, you can be born in Britain, hold a Master of Science degree from the London School of Economics and a PhD  from City, University of London, you can be a marketing and business management expert, a Conservative Party leader and a Member of the European Parliament, you can dress in Savile Row, speak the King’s English, yet you’ll always embrace the globalist idea that “Europeans must open their hearts and pocketbooks to massive third world (Muslim) migration.” 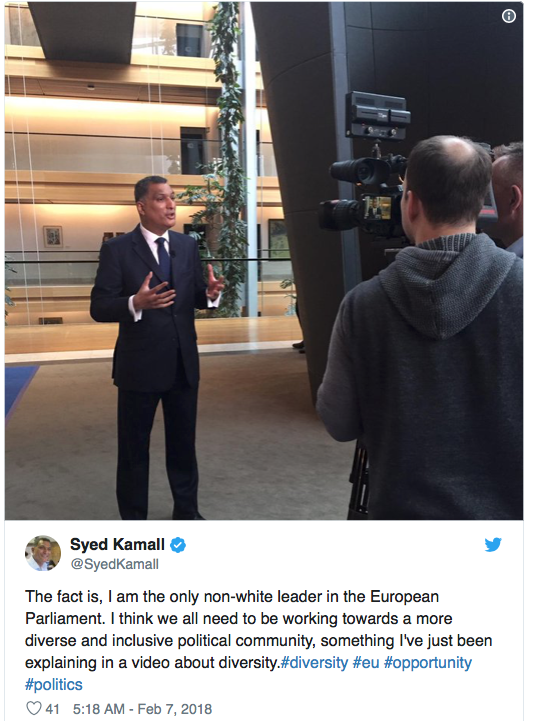 Breitbart  (h/t TherezaB) CASE IN POINT: European Conservatives and Reformists (ECR) leader Syed Kamall has slammed policies to limit mass (Muslim) migration from the third world, blasting EU nations’ “hypocrisy” for refusing to open the border to Africa while their own citizens move anywhere they want.

Though the leader of a staunchly conservative parliament grouping, Kamall appeared in a leaked document of MEPs considered “allies” of the globalist George Soros network and has often campaigned for mass Muslim migration in his political career. 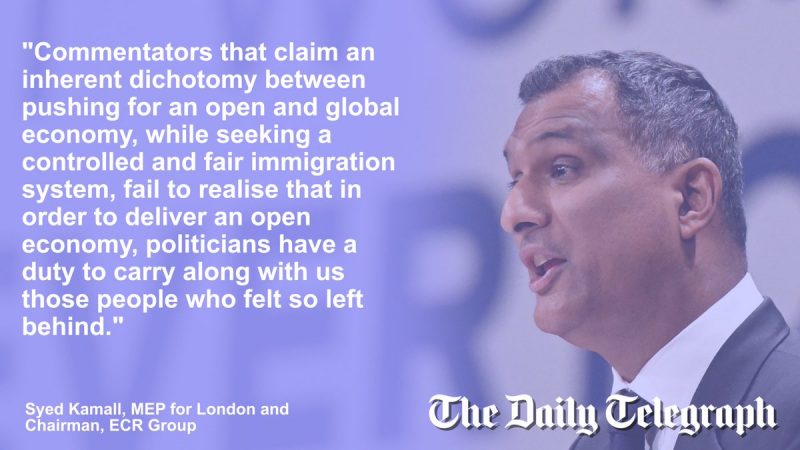 Kamall was NaN by Eurosceptics as a “principled” Brexiteer when, a month before the referendum in 2016, he announced he would reject pressure from David Cameron’s government to support the then prime minister’s “renegotiation package” brokered with Brussels and back a Leave vote.

“We must learn to open our hearts to asylum seekers” the UK Conservative MEP told delegates at the ‘Africa Summit 2019’ at EU Parliament last week.

But in a statement, the London MEP explained that his decision to support Brexit was based primarily on his desire to see Britain welcome much more third world migration, a policy goal he described as being “incompatible with our membership of the EU”.

Another question I was asked in my last Brexit broadcast was about freedom of movement and race. If you have a new question about Brexit, please put them in the comments below and I will cover them in a video I'll be releasing soon. #brexit #euref #referendum #eu pic.twitter.com/vVxSIBzNJK

“As the son of immigrants who came from a non-EU country, this is my deeply held conviction on an issue that matters deeply to me,” he said, adding that his position on the referendum was “personal and not that of the ECR Group”, the “vast majority” of whose MEPs he said want Britain to remain in Europe.

Denouncing a “shocking” lack of ethnic diversity in Brussels, Kamall was a leading figure in campaigns blasting the EU as “too white” last year, alongside his fellow UK ‘Conservative’ MEP Sajjad Karim, who claimed the European Parliament “has been pale, male and stale for far too long” and that this must change in order for the body to “actively oppose Islamophobia” and populism.