Mother of refugee aid worker, Jose M, 20, killed by an unrepentant Afghan Muslim migrant, Seyed M (photo below), who stabbed him in the heart six times, breaks down in German Court as she sees her son’s alleged killer get off scot free, by claiming it was ‘self-defense.’ 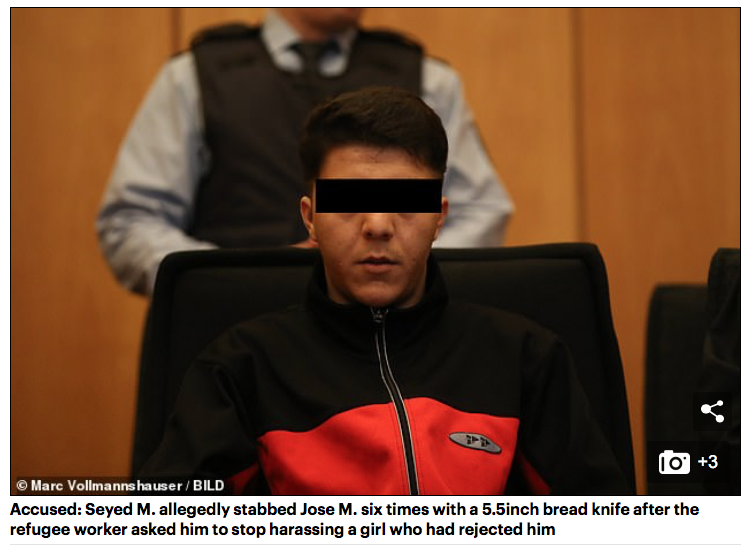 Daily Mail Jose M., 20, died after a fight in a public park in Ochtrup, north-west Germany, in the early hours of May 21. Prosecutors claim 18-year-old Afghan Muslim Seyed M. stabbed Jose M. to death after the refugee worker asked him to stop harassing a girl who had rejected his advances.

Jose’s mother, Maria, said her son’s unremorseful killer also had the nerve to stare her down – without emotion, without remorse, without looking down. 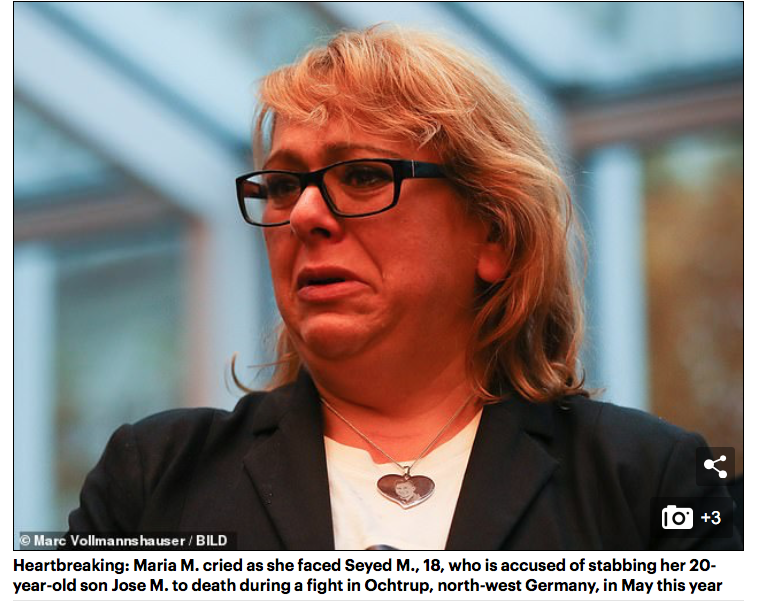 The prosecution claims Seyed M., who arrived in Germany in November 2015, had ‘fallen in love’ with a girl, but that she had rejected him.  Despite this, he allegedly harassed her, wrote to her on social media, stalked her on her way from work, and even visited her workplace.

The unnamed girl then asked Jose M. for help and he arranged to meet with Seyed M. and a few of the latter’s friends to speak to him. A fight ensued, which is when Seyed M. allegedly stabbed Jose M. six times, including in the heart, with a 5.5inch bread knife.