The large group of African (mainly Sudanese Muslim) youths stormed the store at Taylors Hill in northwestern Melbourne just before 6.40am, stealing products and pushing some customers to the ground before fleeing. Police have made no arrests. 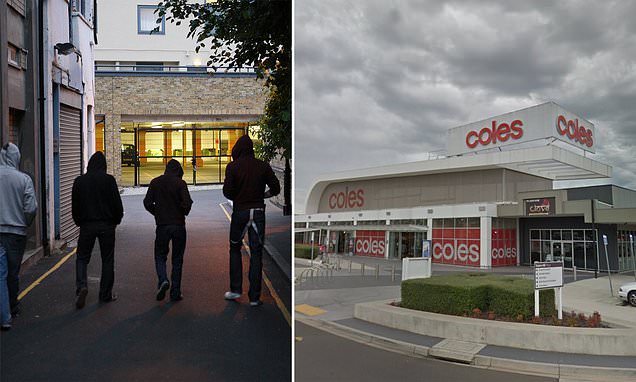 DAILY MAIL  Up to 20 young people stormed the supermarket in Taylors Hill, Melbourne about 6.40am on Wednesday. The gang stole products off the shelves and shoved customers to the ground before fleeing the scene.

A Victoria Police spokeswoman said the supermarket was not damaged and police are continuing to search for the youths.’Police believe there has been theft of items, but no reports of injuries,’ the police spokeswoman told news.com.au.

African street gang violence in Mebourne is nearly a daily occurrence, despite denials by politicians and the left wing medias’s attempts to ignore it.

Melbourne African street gang violence is “NOT a problem, but is a creation of the media,” say their leftist political defenders.

V-DARE Eight Melbourne mayors have called for unity and end to the talk about so-called “African gangs” which has repeatedly made news headlines this year.

African-Australian leaders in Victoria have said the “gang” rhetoric is an example of fear-mongering and has vilified their community to the point some now feel unwelcome in the state. … 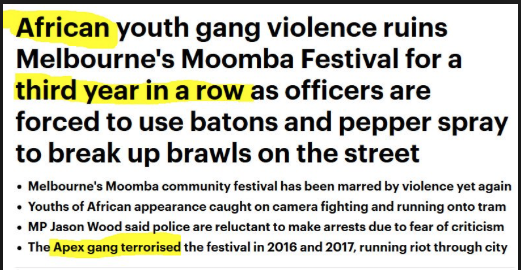 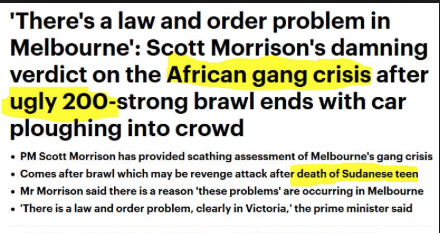 “We stand together to say that we value the contribution of these residents, deeply appreciate the diversity of culture and experience they bring to our cities,” City of Moreland Mayor John Kavanagh said. …

Home Affairs Minister Peter Dutton made headlines in January after claiming Melbournians were “scared to go out at restaurants” at night because of “African gang” violence.

In August, two rival African gangs who bragged ‘police can’t touch us’ were involved in a massive brawl in the same suburb. Locals were told to ‘stay inside and lock their doors’ after about 100 youths gathered in Taylors Hill on August 8.

Heavily-armed riot police wearing bullet-proof vests were pelted with rocks when they attempted to move the crowd on, while roads were closed and traffic was diverted. Despite the warnings, Victoria Police insisted there was ‘no threat to community safety’.

The fracas spread from a quiet suburban street to a shopping complex where the Coles supermarket is located.