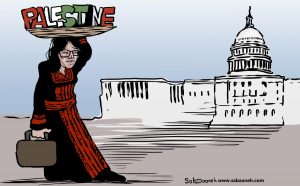 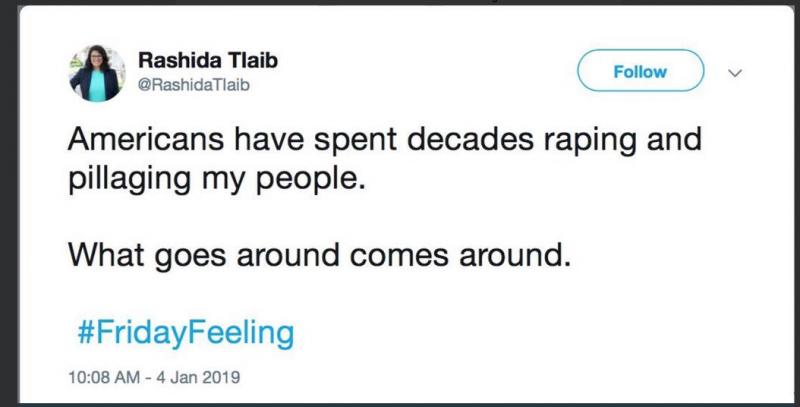 Washington Times Tlaib is an anti-Semite and supports the destruction of the Jewish state of Israel and its replacement of a unitary Palestinian state. Tlaib said, “A lot of my strength comes from being Palestinian.”

After she won her primary race in August, she published several anti-Israel tweets and re-tweeted a fan who declared that Tlaib’s “first fight was for Palestine, always Palestine.” 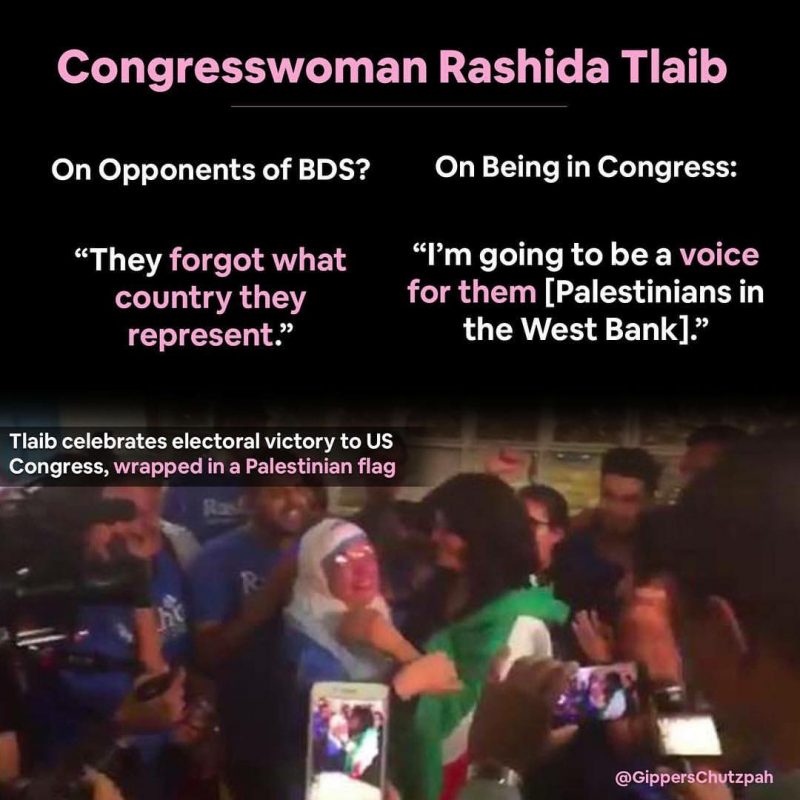 The Michigan Democrat, who is the daughter of Palestinian immigrants, said last month she’d like to lead a group of lawmakers to the West Bank, instead of joining another trip already planned to visit Israel. That trip is sponsored by American Israel Public Affairs Committee, which routinely schedules visits for newly elected members of Congress.

“To signal to our most threatened ally in the region that the United States Congress sanctions an official trip to visit Israel’s nemesis would be an exceedingly dangerous path forward,” Mr. Babin said in his letter to the chairmen.

According to The Intercept, Ms. Tlaib is in the early stages of organizing the trip. She would need permission from a chairman to make the voyage. 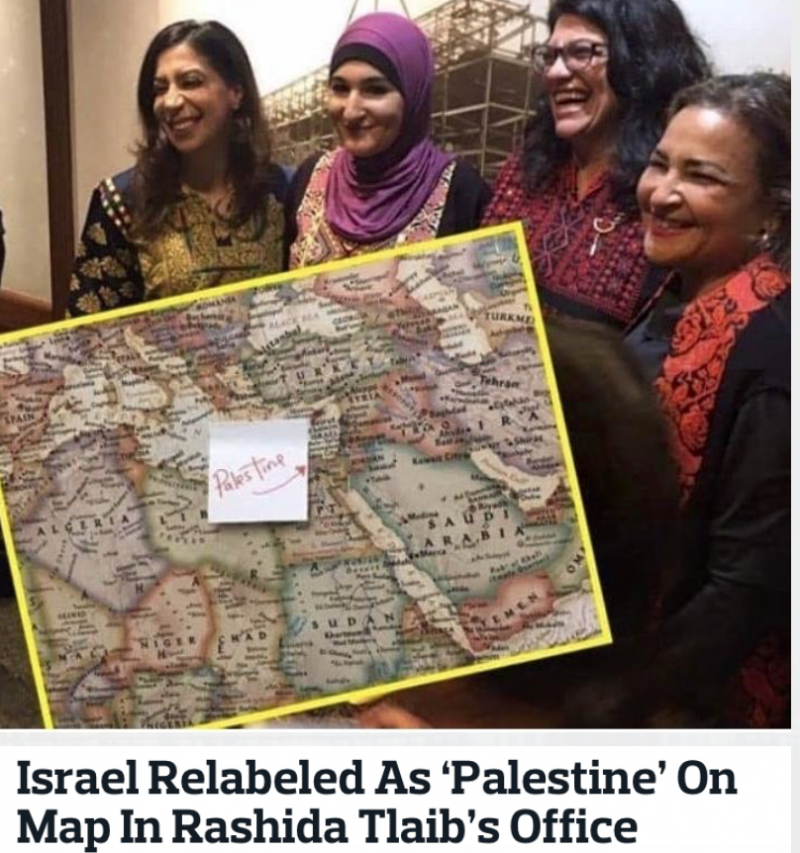