Yet, that’s exactly what Rashida Tlaib (D-MI) and Ilhan Omar (D-MN) have done.

RASHIDA TLAIB, who served in the Michigan state legislature from 2009-15, has cultivated noteworthy ties to a number of radical Islamic organizations. She supports the permanent dissolution of Israel as a Jewish state, in favor of a new nation wherein a Palestinian majority would rule over the Jewish minority. She also has received numerous financial donations from individuals affiliated with the Muslim Brotherhood, an Islamic supremacist organization and a fountainhead of extremism/terrorism, which has been banned in several Arab countries. On Twitter in 2016, Tlaib voiced support for a Palestinian woman who was deported from the U.S. – Rasmea Odeh – a Popular Front for the Liberation of Palestine terrorist who had played a central role in a deadly 1969 bombing in Jerusalem. 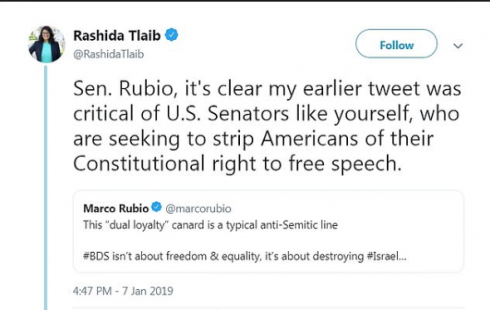 ILHAN OMAR was one of only two Minnesota House members (out of 129) in 2017 to vote against a bill to allow life-insurance companies to deny payouts to the beneficiaries of people who died while committing acts of terrorism. That same year, she was one of just four Minnesota House members to oppose legislation that would make it a felony for parents to subject their daughters to female genital mutilation, a common practice in some Muslim cultures. She also supports BDS, whose goal is the elimination of the Jewish state. During her tenure as a senior policy aide to Minneapolis City Council member Andrew Johnson from 2013-15, Omar acknowledged that she was a friend of several young men who had joined al-Shabab, a Somali jihadist terror group allied with al-Qaeda. She wrote a letter asking a Minneapolis judge to be lenient in sentencing 9 Somali-born men who had been found guilty of attempting to join the terrorist group ISIS. 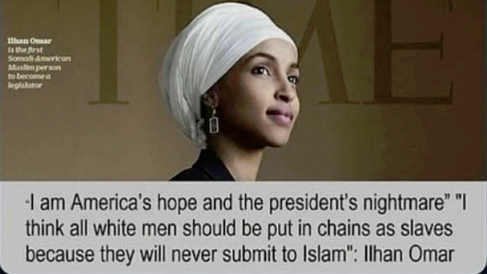 Here’s what Tlaib’s and Omar’s basic belief system advocates for disobedient women…diobedient as in swearing to protect and defend a (man-made) system of rights and laws that is diametrically opposed to the one you took your oath on. Does no one have a problem with this?

And then there is the Islamic education system: