One of the demands of the Muslim rebels is power-sharing with the Christian government. But what they really want is to take over the government as they tried to do in 2013, even though Muslims comprise only 8.9% of the population, with 90% being Christian.

Despite the Christian majority’s best efforts to drive out the violent Muslim militia groups, Muslims are still waging war against the Christians. In 2013, a Muslim rebel group named the Seleka led a coup in the Central African Republic, overthrowing the Christian President Francois Bozize and installing a Muslim, which forced the country into an ethno-religious civil war that still continues today.

Christian Today  Several years ago, Christians in the Central African Republic decided not to allow their country to be overrun by Muslim jihadist rebels who illegally grabbed the seat of power and were slaughtering, raping, and persecuting the Christian majority. 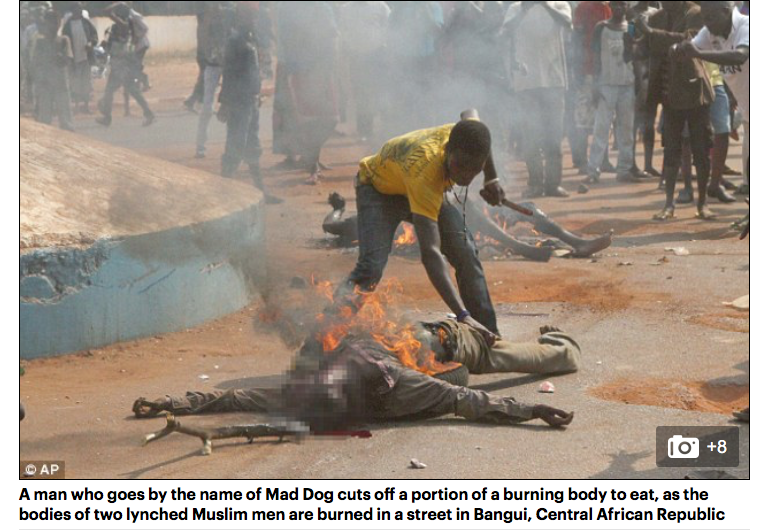 Not only have they retaken their government, they have obliterated 417 of the nation’s 436 mosques and forced tens of thousands of Muslims to flee. Don’t for a minute think this was undeserved. It is justified payback for years of Muslim aggression and violence against the Christian majority. 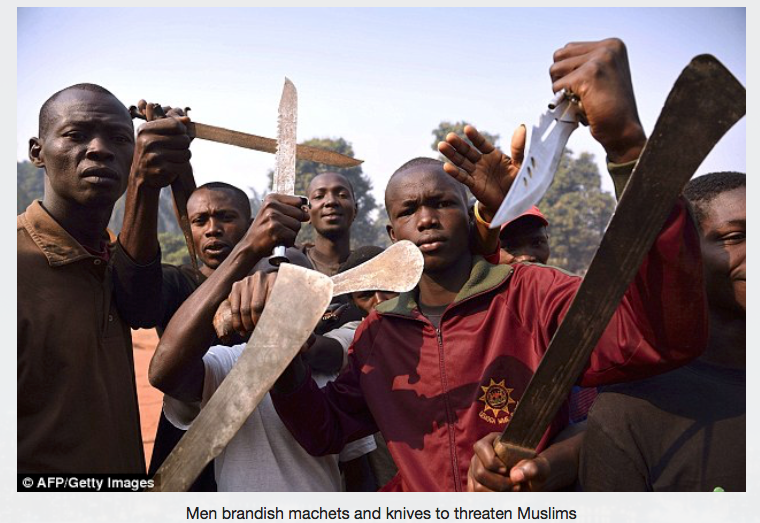 Western media rarely ever report the real reasons for the Central African Republic’s ongoing crusade to wipe Islam out of their Christian-majority country. It’s called payback, payback for Muslim aggression and violence against the Christian majority. This is part a long-term campaign to drive Muslims out the country and never allow Islam to get a foothold there again. But despite many Muslims having fled the country, the ones who remain are still slaughtering  Christians. 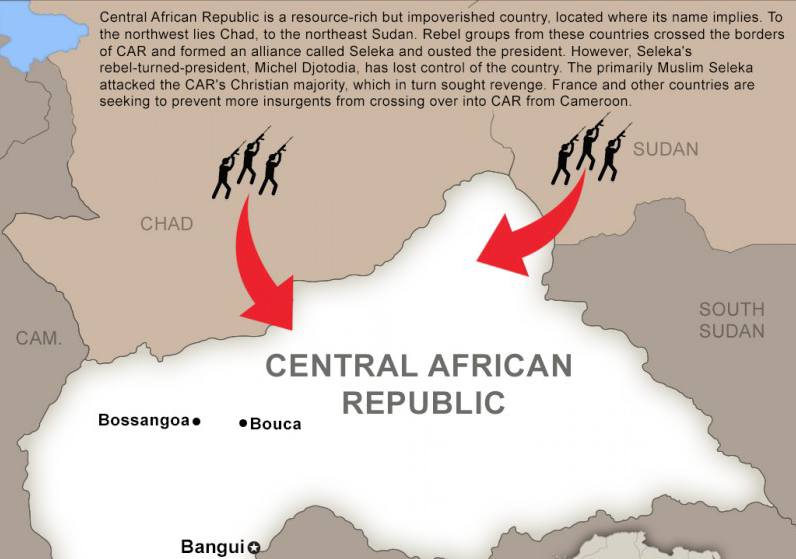 Sectarian Muslim versus Christian violence in the Central African Republic (CAR) has continued with armed groups and marauding gangs, both Muslim and Christian, almost nonstop across the country, since the violence began in 2013, when Muslim rebels overthrew the Christian president and replaced him with a Muslim.

CENTRAL AFRICAN REPUBLIC: Despite the Christian majority’s best efforts to drive out the violent Muslim population, Muslims are still waging war against the Christians there

CENTRAL AFRICAN REPUBLIC: Muslims, who make up only about 15% of the population are slaughtering Christians like halal chickens