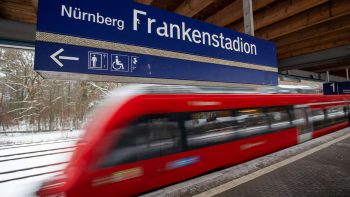 Three German 16-year-olds  were pushed onto the tracks of a station in Nuremberg, directly in front of an approaching train. Two of them were run over by the train and killed instantly. The alleged perpetrators of this heinous act were two older teenagers with a migrant background: One is of Turkish Muslim origin and the other is an Albanian Muslim of Greek origin.

FreeWestMedia Despite the fact that the killers’ actions were deliberate and intentional, the mainstream media obfuscated what happened, saying that “the boys fell onto the tracks after a scuffle”. The event was described as a “tragedy”, rather than an atrocity. And the murderers were referred to simply as “Germans”, because they were born in Germany.

At the Nürnberg S-train station Frankenstadion, three young boys from Franken were pushed onto the rails in the night of Friday to Saturday. Two of them were run over by the oncoming train and killed.

The cultural identity of the offenders was hidden by the Relotious-infested mainstream media by deceitfully speaking of “Germans”, in order to cloak the migration background of the murderers. Terms such as “accident” and “tragedy” were used, adding that the three 16-year-old’s “fell” onto the rails.

But German tabloid Bild on Monday morning uncovered the unpleasant truth: The murderers, or at least the manslaughterers, who pushed the three German boys onto the rails, are foreigners born in Germany. One happens to be of Turkish origin and the other an Albanian of Greek origin.

The two victims, Luca and Frederic, were two Germans from Heroldsberg, which is eleven kilometers northeast of Nürnberg, and they were very popular in their hometown. Last Friday night the two high school students were visiting the Nürnberg dance club “Nightlife”, and around midnight they wanted to ride home on the train.

At the train station, after meeting a third friend, they got into an argument with the two Muslims. According to the police, the fight started for a ridiculously inane reason, which led to a highly aggressive reaction by the two offenders. 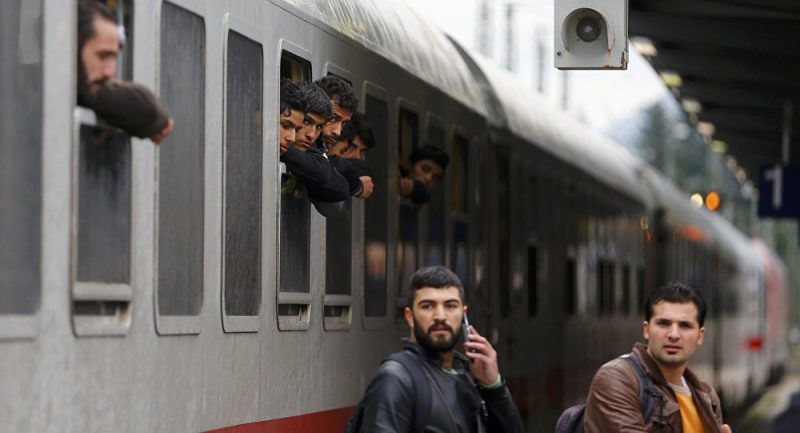 Some 500 years of Ottoman Islamic colonial rule has obviously left devastating tracks in Greece. On December 20, 2007, it was also a Turk (Serkan A) and a Greek (Spyridon L) who almost beat to death Bruno N, retired Director of the Hermann-Frieb School in Schwabing, at the Munich Arabellapark train station, simply because he indicated there was a no-smoking policy on the train. While beating him they called him “filthy German”. After their trial they defiantly showed everyone the middle finger.

According to Bild, surveillance video of the crime scene in Nürnberg proves that there was pure intent to push the three onto the rails, since the train had already been approaching the station at roughly 80 km/h. Since that train usually does not stop at that station, it ran over Luca and Frederic at full speed. The boys didn’t stand a chance, and they were both killed instantly. Their friend could barely make it back out.

In the media, the two offenders have been falsely described as “Germans”, as in Focus:

“As a spokesman for the police explained, two 17-year-old Germans are responsible for three youths falling onto the rails shortly after midnight on Saturday morning.”

The media further tried to hone the impression of their being indigenous Germans:

“Meanwhile, two 17-year-old suspects have been arrested, both of whom also come from the county of Fürth.”

The ethnicity of the suspects is based on a statement by the police spokesperson, and only Bild in this case reported the facts. The other media played down the migrant background of the teens and these brutal murders in a most scandalous manner. 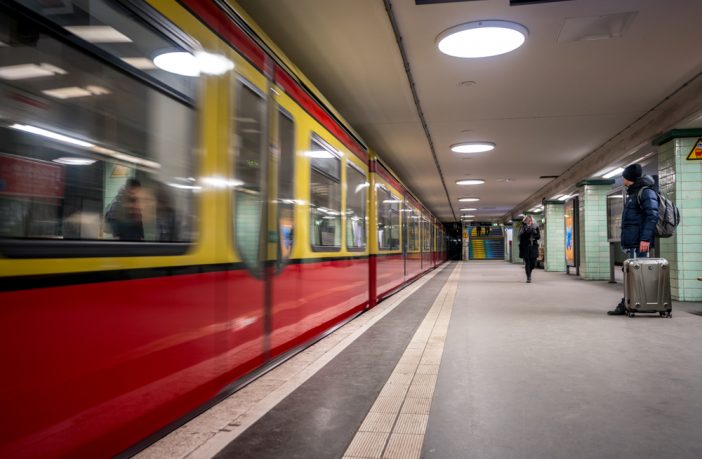 The Süddeutsche Zeitung openly hallucinated that a fight between the youths had reached a “tragic end”.

Three 16-year-olds were “falling” on the rails and were “caught by the train and run over and killed”. The two 17-year-olds supposedly should be held “responsible” that “their three rivals fell from the platform onto the rails”.

The Alp-Pravda never bothered to mention that the district attorney had issued a warrant for arrest for manslaughter, and that pure “malice” is being assumed. Furthermore, they cite investigators who do not mention that the suspects had pushed, beaten and kicked the three boys.

Even the Bavarian Rundfunk is of the opinion that the three Germans “fell” on the tracks:

“On the night of Friday [early Saturday], the two youths got into an argument with two other 17-year-old youths at the Nürnberg S-train station Frankenstadion. All in all three 16-year-old youths fell onto the train tracks during the argument.”

On late Saturday morning, BR Online described the double murder in its video report as an “accident”, in which “three men” after the fight “fell onto the train tracks”.

The CSU mayor of Heroldsberg, Johannes Schalwig, spoke in all earnest of an “accident”, not murder.

The entire town with its 8 500 citizens has been in a state of shock since Friday night, especially the sports club TUSPO Heroldsberg, where the two victims played soccer ever since they were little boys.