Sebastian Walsh, 19, who claimed the NHS (National Health Service) should not be free to illegal immigrants and lamented about the ‘Islamization’ of Britain and halal slaughter, has been kicked out of the University of Central Lancashire after his comments sparked multiple complaints. 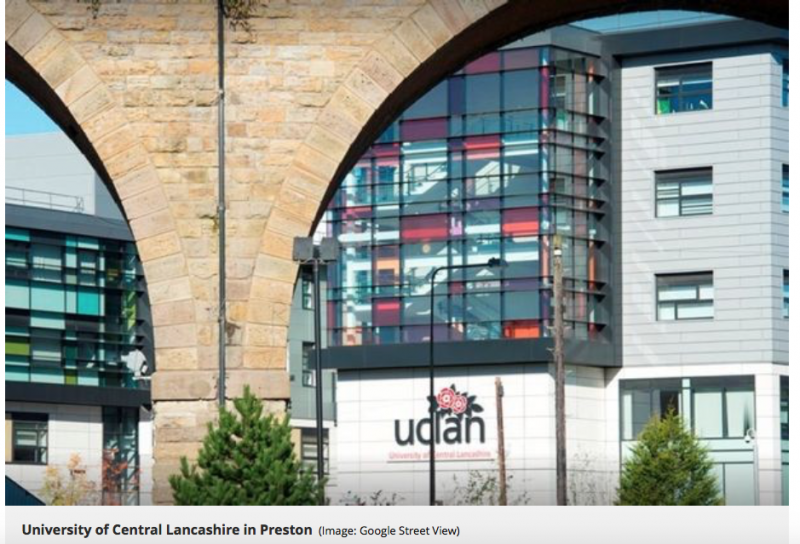 Daily Mail  (h/t TerryD) The 19-year-old student also branded halal meat ‘barbaric’ and ‘inhumane’ and vowed to friends he would never eat at Subway or KFC due to the way the animals are killed.

The self-proclaimed ‘free speech advocate’ complained being struck-off from university was a violation of his human rights. ‘We (fellow classmates) got onto the conversation of food and what takeaways we ate. ‘I just mentioned that I would never touch Subway or KFC because they use halal meat in their products.

‘In another seminar class, we had a discussion about the privatisation of the NHS and I simply said I don’t think free healthcare should be available to immigrants. ‘These are views held by many people in the public and I believe I should be able to express them freely. 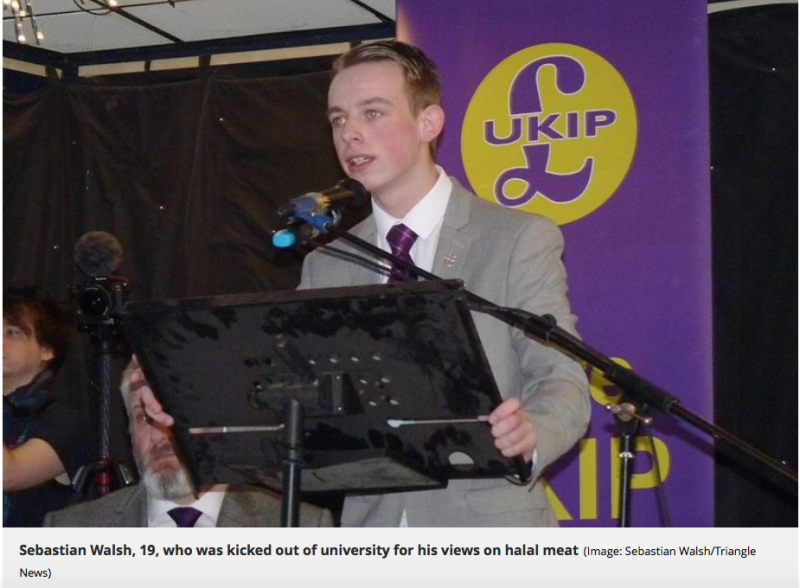 ‘We went on to start discussing the islamization of our country. And I think halal meat is contributing to this. ‘I also mentioned that we have 30-40 Shariah courts in this country which openly discriminate against women. If in our country we believe in equal opportunities for men and women why do we allow this? I just don’t agree with those courts and how they treat women.

‘Then, in another lesson, we were asked about our views on the privatization of the NHS. I said it should be privatized to the point where if you’re not a legal UK citizen you should not be entitled to free healthcare. ‘Everyone says it’s free but it’s not because you pay tax for it. I don’t want my tax going on someone who doesn’t have the right to be here and I’m sure that a lot of people feel the same.

Mr Walsh, a UKIP member, said: ‘Freedom of speech is a human right and I am determined to stand by this. ‘I will be fighting the university’s decision on this to make sure others aren’t punished for their opinions in future.’ The Preston branch of UKIP has pledged their support to the student and has written to the university to voice their concerns about the decision. 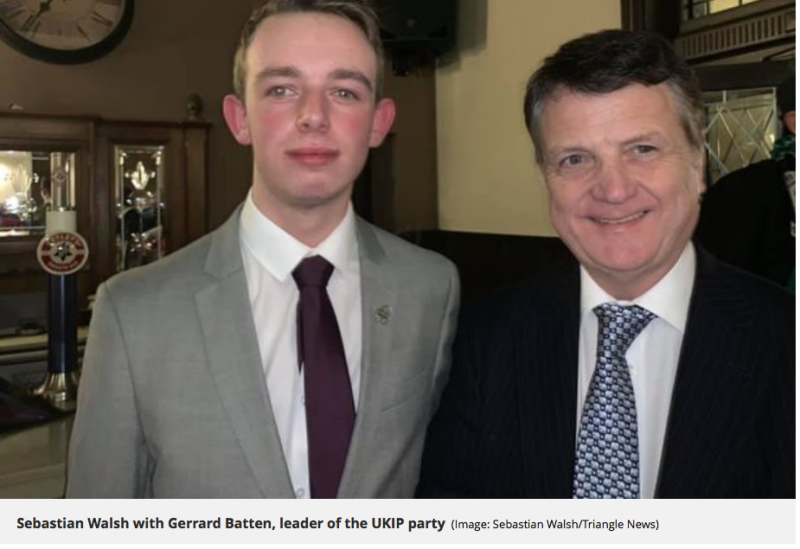