Adnan Asif Parveen, a Muslim detainee at the Immigration and Customs Enforcement (ICE) detention center in Port Isabel, Texas, was recently held in custody despite having a permit allowing him to work in the United States. 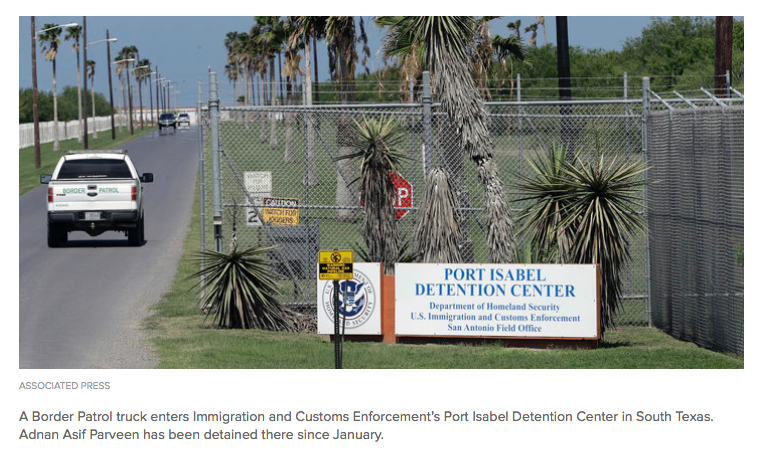 Inquisitor As HuffPost detailed in an article published on February 27, despite Parveen’s religious dietary restrictions, the young man claims that he was only served pork sandwiches.

Parveen was detained in January, and says that he was forced to remain in a cramped room with nearly three dozen illegal migrants who had been arrested at the border. Along with being served food that he was unable to eat, he was also given an aluminum sheet to use as a blanket, his only choice for a bed being the cold floor of the room he was detained in.

Asif’s life in America began when he was visiting family in New York, back in 2014. By chance, he began communicating with a fat woman named Jennifer — who lived a few states away — in Columbus, Ohio.

Jennifer, who is an American citizen, married Asif in 2016 so she could sponsor him for a green card, which allowed him to remain in the United States. He received a work permit and an interview date –the last step in the green card application process. 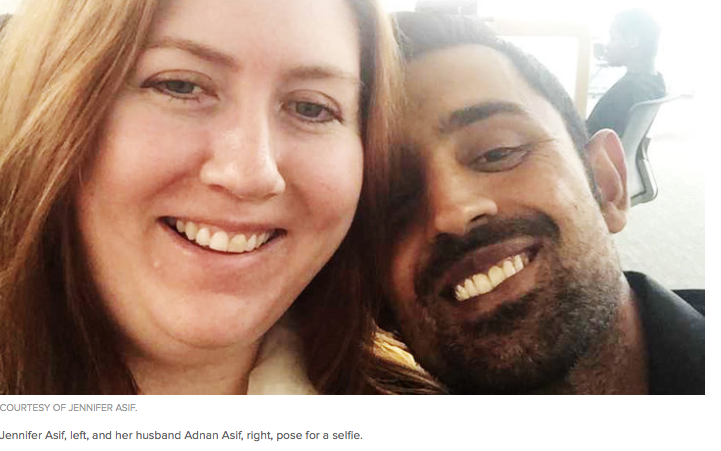 However, for unknown reasons, U.S. Citizenship and Immigration Services (USCIS) canceled the interview, citing the need to conduct a more extensive background check. Despite the couple calling regularly for updates, the background check — and interview — have yet to take place, over a year later.

Asif began working for his cousin driving a truck, and one recent job assignment took him all the way to south Texas. In January of this year, Asif found himself stopped at a border patrol inspection station near Falfurrias, Texas. There, he was asked if he was a citizen. After explaining that he wasn’t, he offered his work permit to the station’s staff.

Although the work permit had expired in August of 2018, Asif was still waiting on the permit to be renewed — as HuffPost notes, USCIS automatically extends work permits for six months to avoid any issues with processing delays. Despite this six month window, Asif was pulled aside. His electronic proof of the automatic extension was not accepted, and he was taken into custody.

Several times over Asif’s six days in Border Patrol’s custody, agents presented him with paperwork authorizing his deportation to Spain and asked if he wanted to sign. The last time, Asif was visibly upset. When one of the agents asked why, Asif said he was worried about his wife back in Ohio, who struggles with her health.

The agent allowed him to make a five-minute phone call. When she answered, Asif found she had flown to Texas days earlier to look for him. After he hung up, he flatly refused to sign his deportation order. “I wanted to be with my wife,” Asif said. “And I said no — I’m not signing my deportation. I’m not going back like that.”

Asif is now locked up at an ICE detention center in Port Isabel in South Texas, his work permit set to expire this month. But his arrest and looming possibility of deportation highlight how the bureaucratic complexity of the immigration enforcement system and peculiar scrutiny cast upon Muslims can jeopardize the status of immigrants ― even if they hold documents allowing them to work here.

At the time of writing, Asif Parveen is still in custody.