A poster linking Somali Muslim Congresswoman, Ilhan Omar (D-MN) to 9/11 sparks outrage in the West Virginia statehouse on the same day that the sergeant at arms was forced to resign for saying “All Muslims are terrorists.” 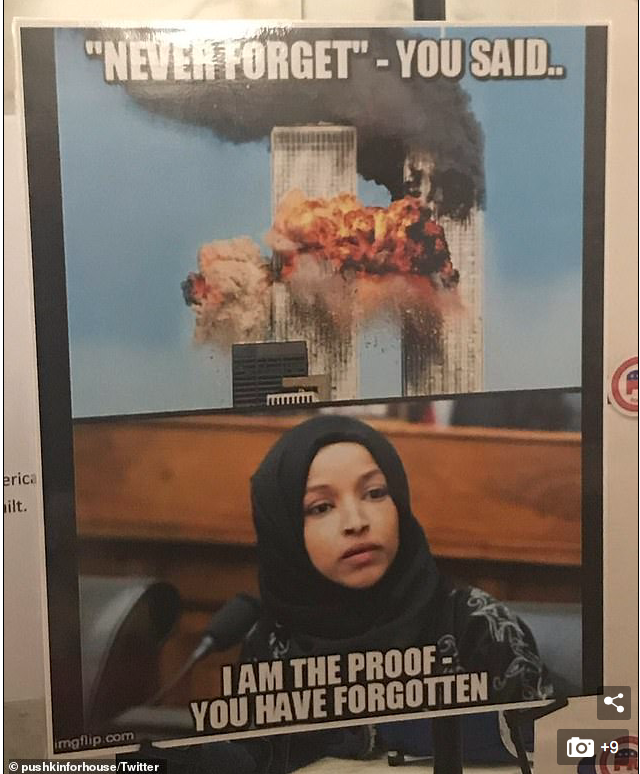 Daily Mail  (h/t Min B) An anti-Muslim poster likening Rep. Ilhan Omar to a 9/11 terrorist sparked outrage on Friday after it was spotted on display in the West Virginia state capitol during a GOP event. The poster depicts theTwin Towers on September 11 with the words ‘”Never forget” – you said…’ imposed over the image of the burning building.

Underneath is seen a photograph of Minnesota Democrat Omar with the words ‘I am the proof – you have forgotten’.

The inflammatory poster was displayed prominently in the rotunda at as part of a GOP event, according to West Virginia MetroNews. On the same day, the sergeant at arms resigned after being accused of saying ‘all Muslims are terrorists’ when challenged about the display.  Pamphlets accompanying the display read ‘The Four Stages of Islamic Conquest’ and ‘Readin’, Writin’ and Jihadin.’

A woman who had a sign identifying with ‘ACT for America,’ a Southern Poverty Law Center designated hate group, set up the table, but in a video exchange would not discuss the contents of her table with Democrats.

Today at @WVGOP day, a vendor displayed a sign promoting HATE towards Muslim Americans. Here’s what she had to say… #wvpol pic.twitter.com/ph2bWJAvuf

As usual designated  terrorist group CAIR (Council on American-Islamic Relations) quickly chimes in, putting out a statement which demands the state and national Republican Party condemn the ‘anti-Muslim’ display. 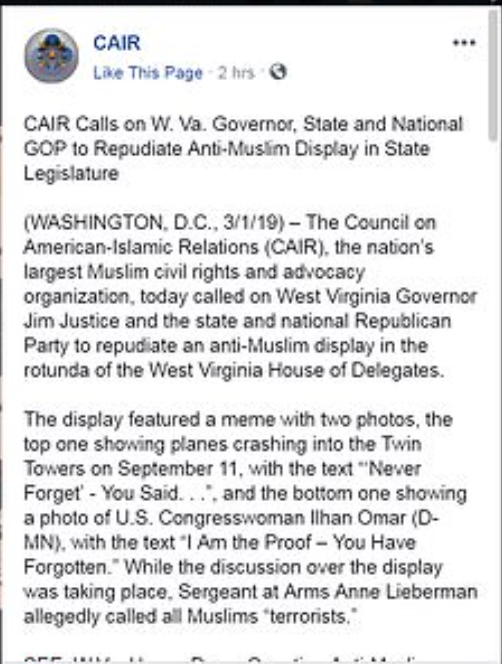 ‘I find it distasteful. I said so. I went over and spoke with the people in that booth that I believe is sanctioned by a political party,’ said Delegate Mike Pushkin, a Democrat. ‘It points out a hatred and distrust of somebody because of their religion.’

Delegate Michael Angelucci, also a Democrat, witnessed the confrontation, and in an emotional floor speech, he recounted how the sergeant at arms got involved. 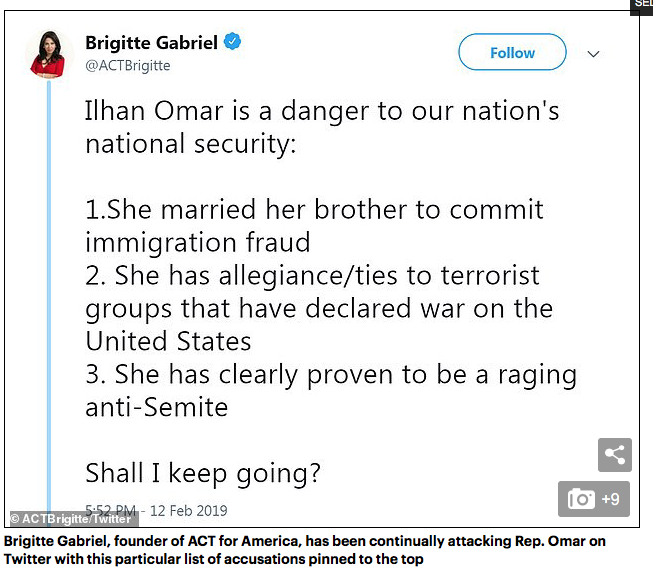 ‘The sergeant at arms had the nerve to say to us, ‘All Muslims are terrorists,” Angelucci said. ‘That’s not freedom of speech. That’s hate speech, and it has no place in this House. I don’t want to see her representing the people of this state in this House again.’

Meanwhile, the minority whip, Delegate Mike Caputo, was so worked up, he apparently kicked in a door to the chamber during the opening prayer session slightly injuring a young doorkeeper. 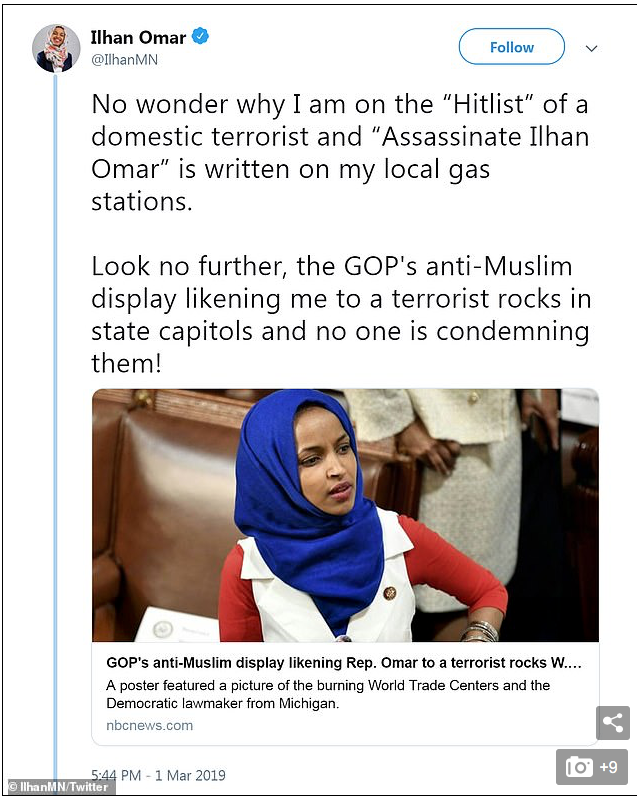 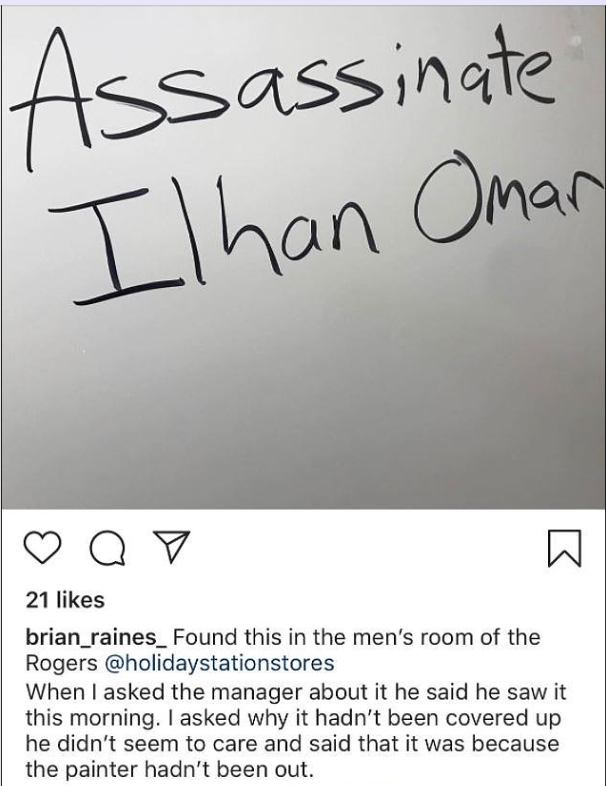 SORRY, CAIR…The reaction from local Republicans were more muted with delegates Dianna Graves and Tom Bibby both deflecting to the importance of free speech.

Hanshaw then released a statement afterwards on behalf of the legislative body.