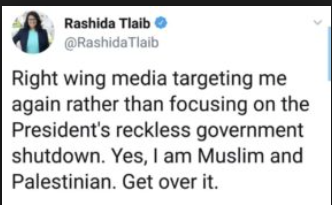 Michigan Muslim congresswoman, Rashida Tlaib, claims she represents the so-called “Palestinians” in Congress. Gee, and here we thought she was elected to represent Americans in Congress (Stupid us). Last week, she accused an African-American woman of being a “prop” for a Republican Congressman. If that were true, I guess we know what that makes her and her fellow CongressMuslim, Ilhan Omar, for the Democrat party. 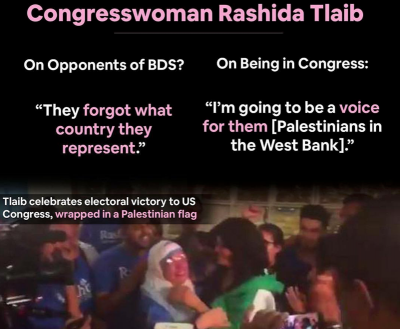 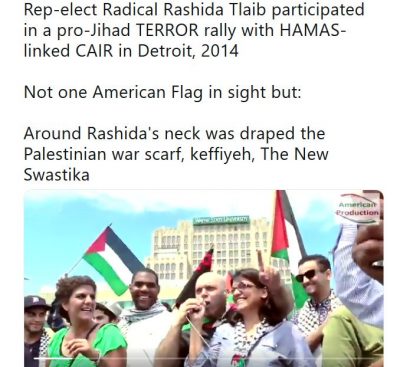 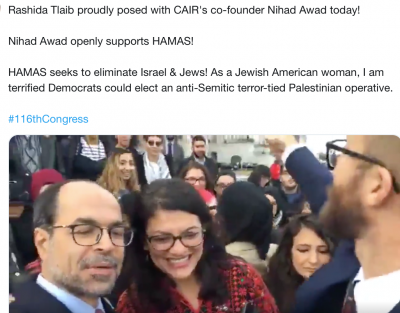 She’ll do anything to make it easier for her Islamic terrorist pals to gain entry into the U.S. 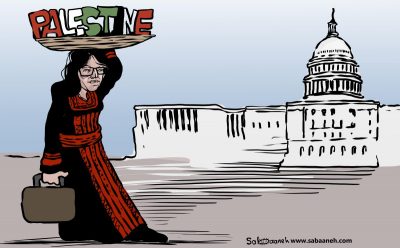