Islamic State (ISIS) ‘wife’ defends Islamic jihadi gang rapes and sexual enslavement of Yazidi girls and non-Muslim women, because it is “allowed in the Quran.” 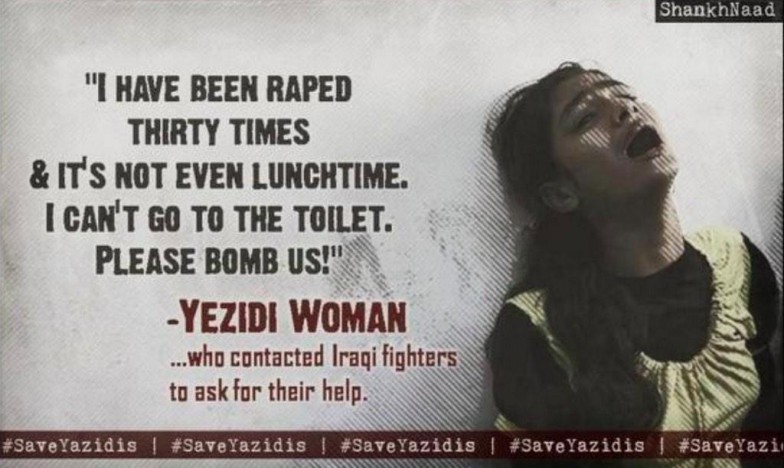 Daily Mail  An ISIS ‘wife’ has said Yazidi women can be raped as sex slaves because it states prisoners of war are ‘property’ in the Quran – before admitting she had not read the text. The unidentified female was speaking to another woman who asked her about the treatment of Yazidis under the so-called caliphate.

The woman is thought to have originally come from outside Iraq and Syria, and made the comments in a refugee camp in the Kurdish-controlled north of the country. She said: ‘They were prisoners of war, and they become slaves, it is in [the] Quran.

‘They are property so in Islam you are allowed to use them, it’s not rape in Islam. Because they are your property they are your slaves.’  She then went on to say: ‘If it’s in the Quran then who am I to question it?’

As the U.N. Human Rights Council has reported, “While held by ISIS fighters, Yazidi women and girls over the age of nine are subjected to brutal sexual violence. Most of those interviewed reported violent daily rapes by their fighter-owners. Some were handcuffed behind their backs during the rapes while others had their hands and legs tied to the corners of the beds.” 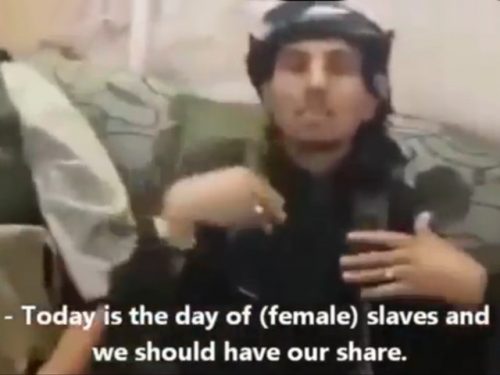 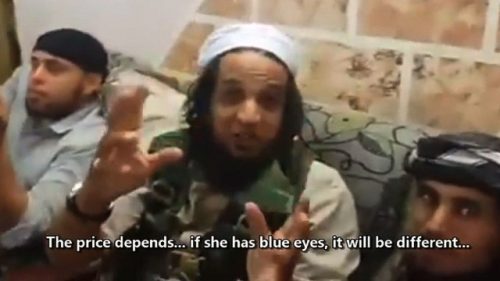 ISIS overran the Yazidi faith’s heartland of Sinjar in northern Iraq in 2014, forcing young women into servitude as ‘sex slaves’ for its fighters and massacring men and older women. The Yazidis are a religious sect whose beliefs combine elements of several ancient Middle Eastern religions.

One Yazidi sex slave changed ‘owners’ 17 times as she was raped and abused by ISIS thugs who was forced her to eat grass before she fled from Baghouz. A Swedish jihadi owner would lock her in the home for days without food while he went to fight.