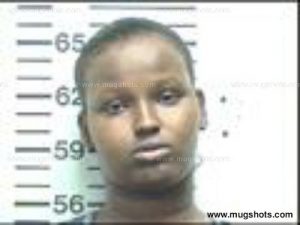 PJ Media Ahmed is charged with making terrorist threats in a small North Dakota town claims she is innocent and being targeted because of her race and religion. But a local news station reports that not only has she been repeatedly charged with crimes in multiple states, she was previously arrested for her connection to a nationwide case of human sex trafficking.

Hawo Osman Ahmed, 26, is charged with a Class C felony of Terrorizing stemming from an incident last November 29 when she confronted three women from her Grand Forks apartment complex with a knife. According to a Grand Forks Police Department affidavit filed in the case, Ahmed said to the women “I’m going to bust all your tires on your car and windows,” “Come over here I’m going to cut you,” and “I’m going to slice your neck,” all while holding the weapon.

In an interview last Thursday with Valley News Live, Ahmed claimed she is being targeted because of her race and religion. But Ahmed has been charged in a string of incidents in Iowa, North Dakota, and Minnesota, including third degree assault

Ahmed was also charged as part of a massive 2010 federal case of human sex trafficking involving three connected Somali gangs — the Somali Outlaws, the Somali Mafia, and the Lady Outlaws — who ran a prostitution ring in Minnesota, Tennessee, and Ohio. Twenty-nine individuals were charged in the original federal case. According to the FBI, the prostitution ring trafficked girls as young as 13 from Minnesota to Nashville and Columbus.

The indictment alleges that between 2000 and 2010, members and associates of the gangs transported underage Somali and African-American females from the Minneapolis area to Nashville for the purpose of having the females engage in sex acts for money and other items of value. The indictment alleges the females being used by the defendants for the sex trafficking included some who were 13 years of age and younger. The indictment also alleges the sexual assault of an 18-year-old female. The sex trafficking offenses carry a penalty of not less than 15 years to life in prison.