Because there seem to be no consequences, Muslim supremacists, increasingly, have been organizing and conducting prayer sessions in a variety inappropriate public places all around America, often blasting the loud and offensive Muslim Call to Prayer which can last several minutes, during their prayer service. 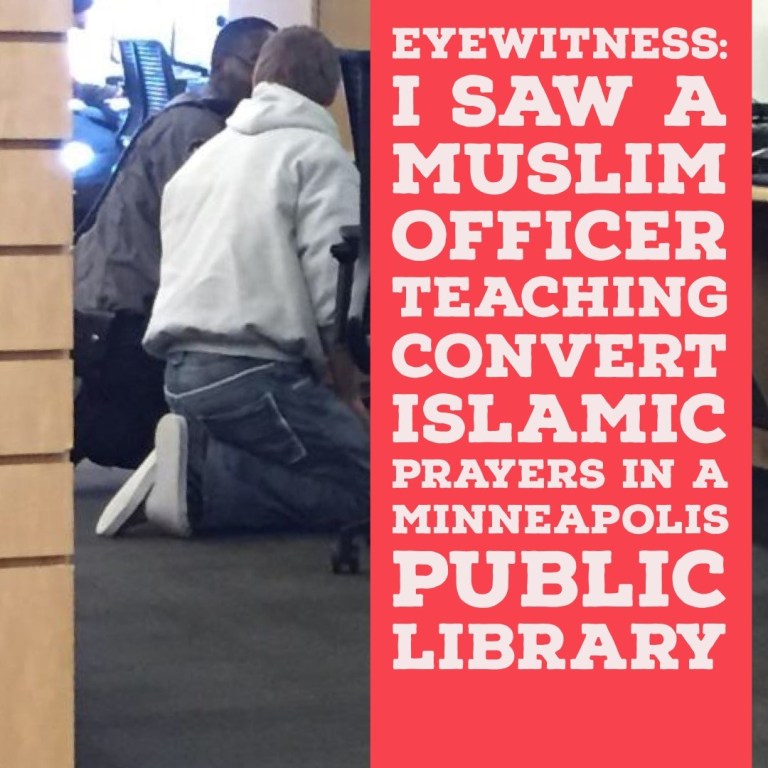 Third Rail Talk Venues for this ‘Public Prayer Jihad’ include government institutions, businesses, schools and colleges, and even on sidewalks and streets, blocking traffic, both human and vehicular. And nobody says a word, mistakenly believing that our First Amendment rights include these disgusting displays of Islamic supremacism.

On February 25th an eyewitness shared a very disturbing story about someone in uniform showing a convert to Islam how to pray – right in the middle of the room of a Minneapolis Public Library. 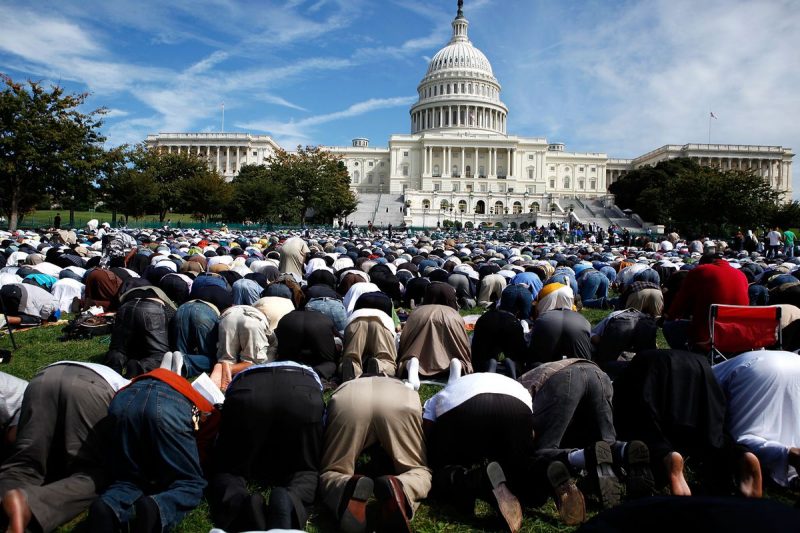 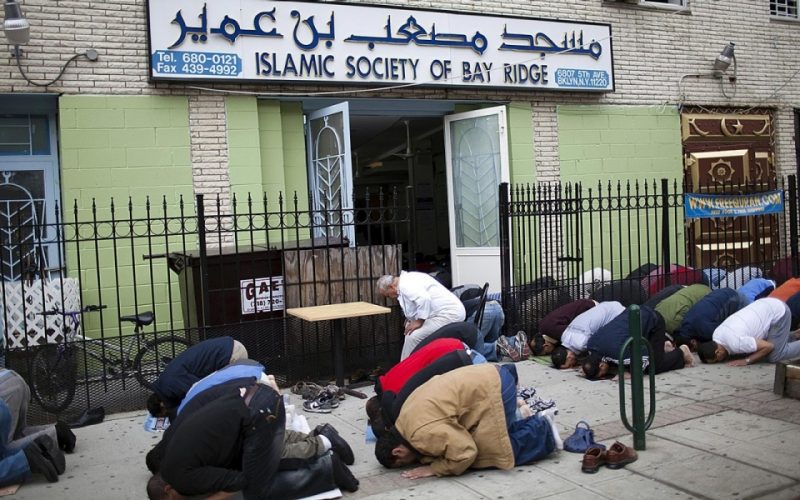 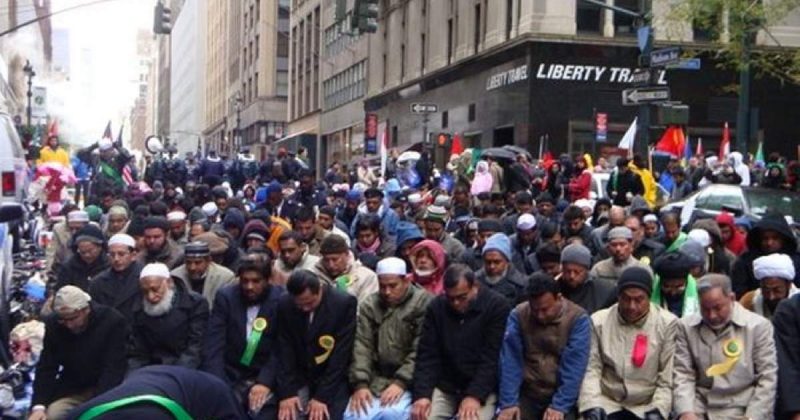 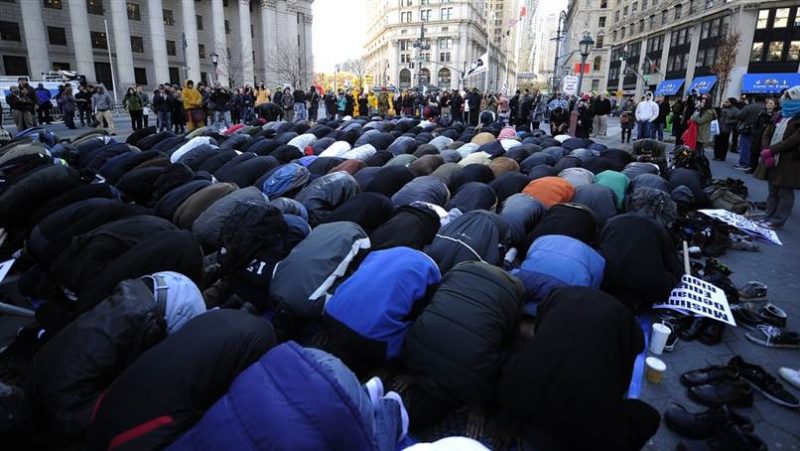 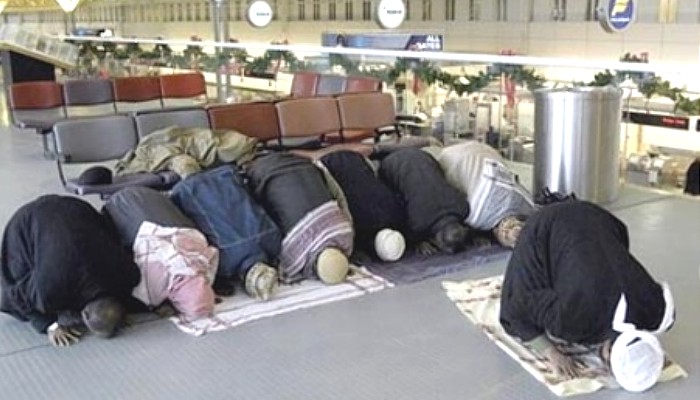 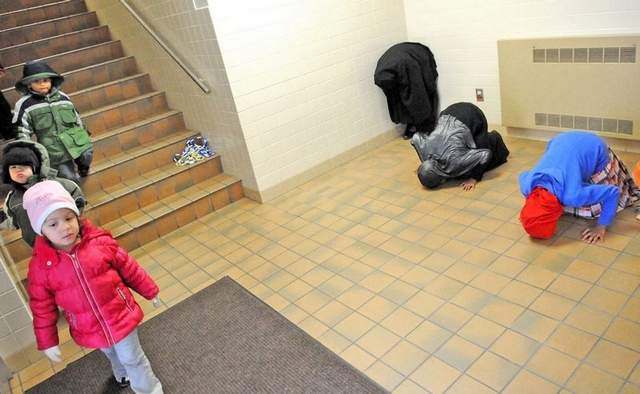 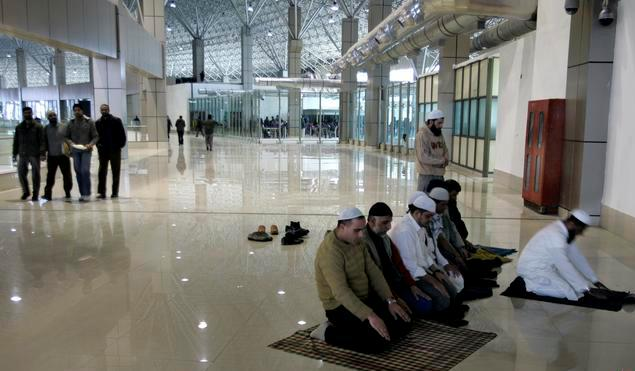 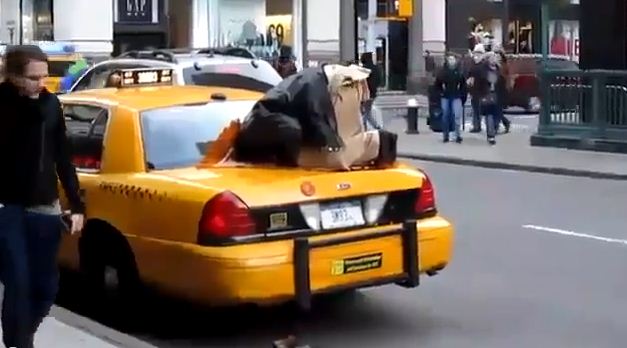