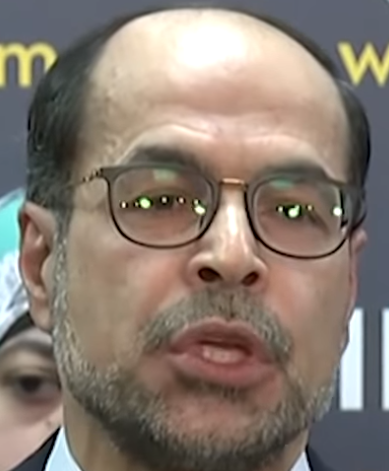 SUPER SCARY, tight closeup video of Nihad Awad, executive director of designated terrorist group CAIR, (Council on American Islamic Relations) blaming President Donald Trump for the mosque attacks in New Zealand and DEMANDING that Trump take responsibility for growing anti-Muslim bigotry in America because of his Muslim travel ban and the fact that he has cut Muslim immigration into the United States by more than 90% in just two years.

Of course, this little snake in the grass never mentions the real reasons for rising anti-Muslim hatred in America: Relentless whining about so-called “Islamophobia” by Muslim Brotherhood-front groups like CAIR, their never-ending demands for special religious accommodations, and their nationwide efforts at Islamization of our schools, businesses, and institutions. Not to mention several Islamic terror attacks on American soil since 9/11 and the many more that were  averted, thanks to American security and law enforcement officials.

What you’re missing in the video here is who is standing behind Awad to his left (as you can see in the below photo).

She is none other than Medea Benjamin, founder of the radical leftist group, Code Pink, and one of the leading Jewish-born Israel-haters in the country, who has been a welcome guest more than once of the leader of Hamas, the group from which CAIR was launched in America. Benjamin was even arrested in Egypt a few years ago because of her terror ties with Hamas.