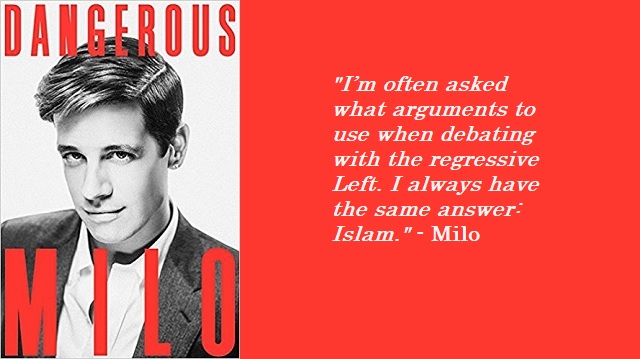 Mr Yiannopoulos’ had described Islam as a ‘barbaric, alien’ religious culture on social media overnight, hours after 49 people were killed and 42 injured in an attack at two mosques in Christchurch.

The government had agreed to the visa after conservative MPs had put pressure on Mr Coleman to override the Department of Home Affairs’ advice to ban Mr Yiannopoulos.

Conservative MPs, including One Nation leader Pauline Hanson and former human rights commissioner Tim Wilson, argued that banning the alt-right speaker would be a blow to freedom of speech.

‘Mr Yiannopoulos’ comments on social media regarding the Christchurch terror attack are appalling and foment hatred and division,’ Mr Coleman said on Saturday.

Mr Yiannopoulos took to social media after the announcement on Saturday, where he said: ‘I’m banned from Australia, again, after a statement in which I said I abhor political violence’.

Labor MP Tony Burke took to Twitter to praise the decision to ban the speaker. ‘Milo banned. Good. His overnight comments weren’t that different from how he has always behaved. There was already enough evidence to ban him which is why the department had already recommended he be banned. The Australian tours for the world’s hate speakers must stop,’ he urged.

The usual far left and Muslim protesters against Milo on his last trip to Australia:

UPDATE: (h/t SaraS)  Political commentator Milo Yiannopoulos believes that the attack on two Christchurch mosques was provoked by the establishment “pandering” to extremists on the left – a point of view Australia’s immigration authorities deemed to be “appalling” and inciting hatred.

Yiannopoulos has lashed out at Australian officials, who denied him a visa for his comments on the New Zealand mosque shootings.

“[Australian Immigration Minister] Coleman and his [Liberal] party deserve to be annihilated at the next election for their betrayal of such fundamental western values as free speech and for cravenly folding to pressure from the left,” the angry polemicist wrote on Facebook.

Yiannopoulos, who once famously claimed that all Muslims should be deported to the Middle East, said that the Christchurch tragedy was inspired by the policies pursued by the powers that be. “Attacks like this happen because the establishment panders to and mollycoddles extremist leftism and barbaric, alien religious cultures,” the former Brietbart editor said.