Sputnik News (h/t Richard S) Commenting on the attacks, UK Home Secretary Sajid Javid said on Twitter it was “deeply concerning” and “distressing” to see a number of mosques vandalized in Birmingham. He stressed that hateful behaviour “has absolutely no place in our society” and will never be accepted. (Payback’s a bitch, isn’t it cupcake? Maybe it’s time to stop flooding your country with people who refuse to assimilate because they believe they are superior to the native population) 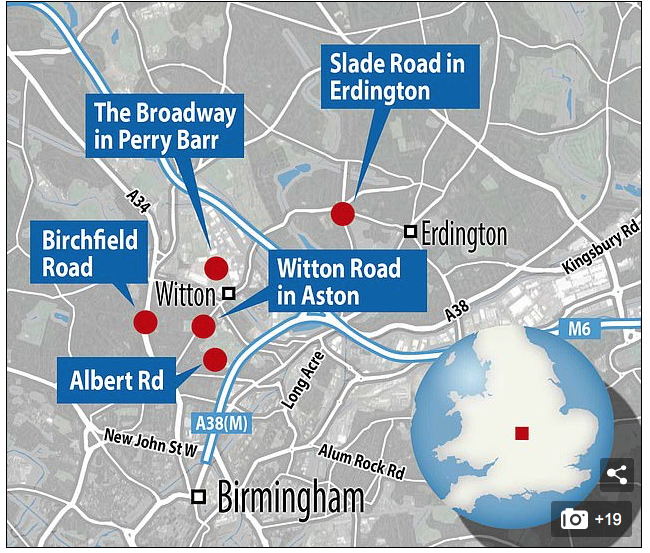 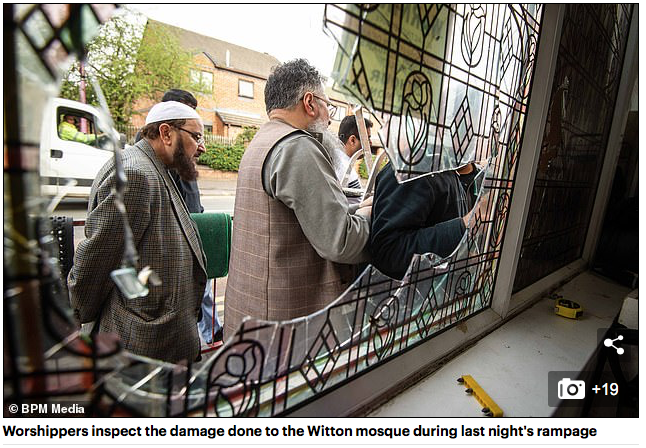 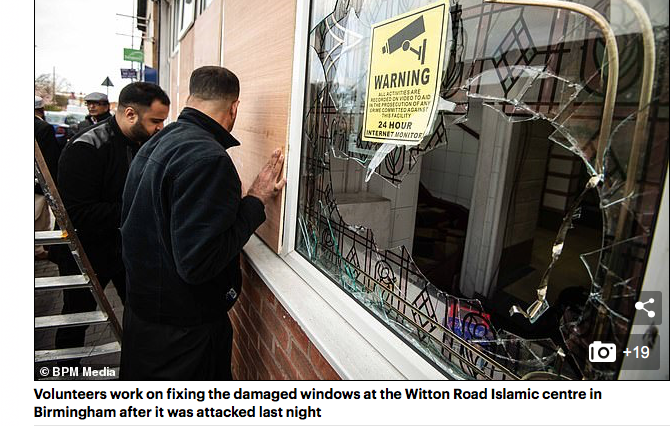 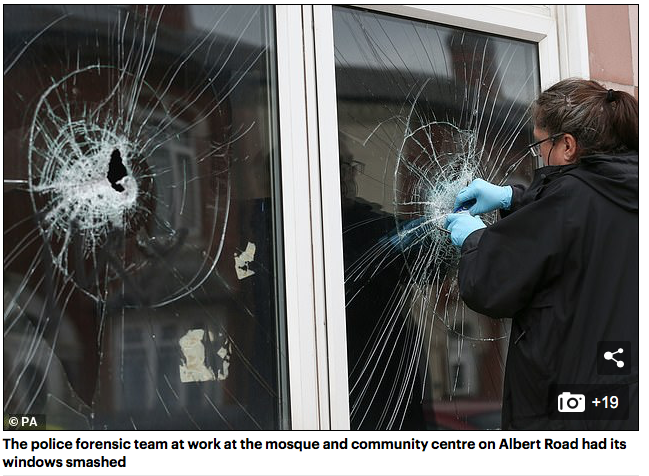 Police were alerted at 2:32 a.m. on Thursday to reports of a man smashing windows with a sledgehammer at the mosque on Birchfield Road. They arrived within minutes to find that the assault took place some time earlier.

Thompson said police had been working closely with the faith community after last Friday’s gun attacks on two mosques in New Zealand claimed 50 lives. He stressed that officers were doing all they could to bring the perpetrators to justice.

“At the moment we don’t know the motive for last night’s attacks… The force and the Counter Terrorism Unit are working side-by-side to find whoever is responsible,” chief constable Dave Thompson was quoted as saying by West Midlands police.

Witton Islamic Centre in #Birmingham had its windows smashed overnight. This was one of many Islamic centres / mosques that were vandalised overnight.

How lom before they actually try kill Muslims in mosques?

140,000 Muslims take over a park in Birmingham for Ramadan.