A Swedish TV commercial showing a man, presumed to be a Muslim migrant, shown reading his daughter a bedtime story in his native language instead of in Swedish, has sparked a social media uproar. 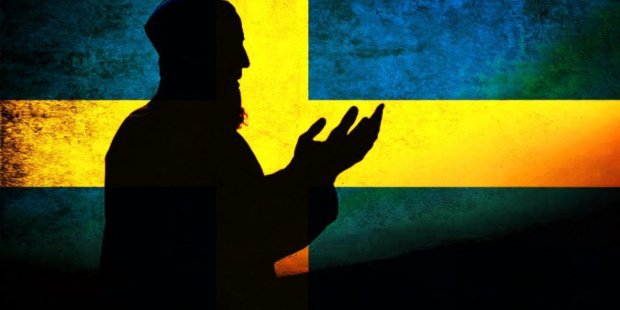 RT Many Swedish TV viewers were left baffled last week after a local broadcaster ran a commercial in a language that most of the viewers could not grasp – and it didn’t even have subtitles.

The ad, launched by the local department store Ahlens, shows a father reading a bedtime story to his daughter – a piece from the Swedish children’s book Pippi Longstocking – apparently in Dari, a dialect of Persian spoken largely in Afghanistan.

Many people had trouble accepting the company’s politically correct message. Social media users made it clear they would prefer to watch the commercial in Swedish. “I thought we were speaking Swedish in Sweden,” one person wrote on Ahlens’ Facebook page. Another said, “those who come here should learn Swedish.”

“Is it just me, or hasn’t it gone too far now?” one person wondered.

Even those who welcomed the company’s intent to promote inclusion and integration of migrant communities had a problem with the way the message was presented. “

If Åhléns thinks it is important to work on inclusion/integration, a father with an immigrant background could well read Pippi for his child in Swedish,” one person said. “Would it not be better that immigrants from the Middle East learned Swedish,” another user wrote.

Many people online called for the department store to be boycotted for lack of respect for Swedish-speaking customers. “Ahlens wants to lose me as a client. They succeeded,” one tweet read.

Some people defended the ad, saying that many commercials in Sweden use English – especially those featuring global celebrities like football player Zlatan Ibrahimovic – and that “in Sweden, the majority speak Swedish, but not all.”

Ahlens has previously been criticized for using images of hijab-wearing women in its marketing campaigns and featuring pictures of children of migrant backgrounds for its catalogues.