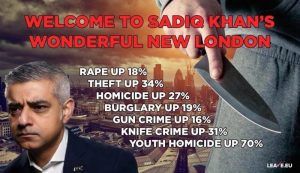 What do you do if you are a parent of teenage boys and you’ve seen youngsters you know fall victim to the growing problem of mainly Muslim migrant knife violence? For some mothers from the Somali community in London, the answer has been to protect their teenage boys by sending them back to Somalia or Kenya to get them away from gangs.

LONDONISTAN: Somali Muslim gang bangers killing each other with knives

[UPDATED] As suspected, the mass stabbing attack in London that killed an American woman and injured 5 others, WAS by a MUSLIM, a SOMALI MUSLIM from Norway