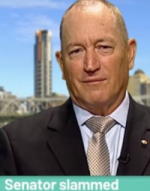 Very Trump-like in his politically incorrect, take-no-prisoners boldness, Australian Senator Fraser Anning, who blamed the New Zealand mosque attacks on Muslim immigration, gets censured for his remarks in the Australian Parliament by the usual Muslim-pandering useful idiots. 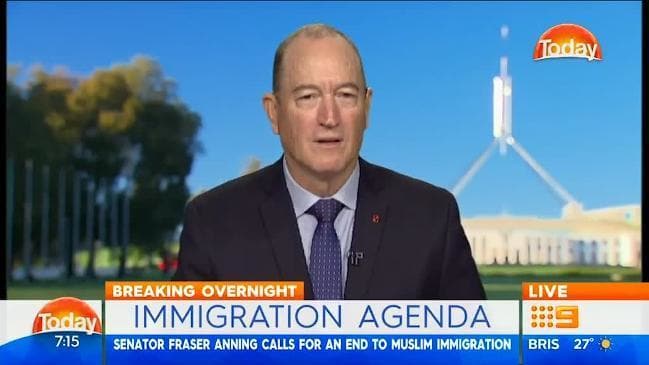 Senators from all sides of politics have supported the motion after Senator Anning said the Christchurch attacks were the result of Muslim immigration. He smirked and rolled his eyes as many of his colleagues spoke out against his comments.

Former Coalition immigration minister Amanda Vanstone says we should absolutely condemn Senator Anning. But she thinks people should still be able to talk about who is allowed to come into the country. 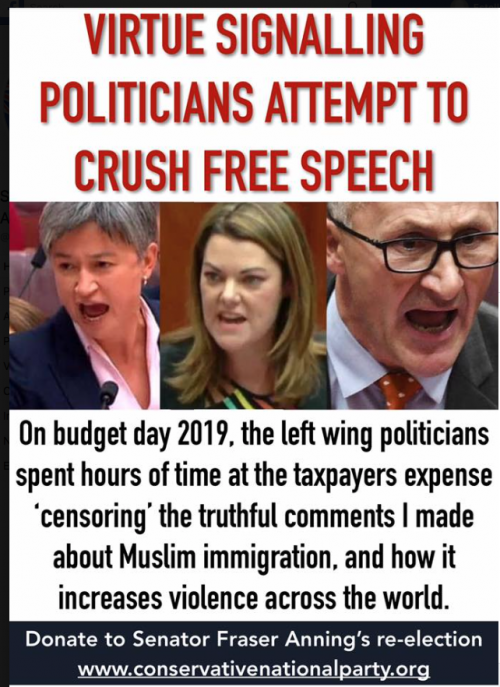 Minister for Small and Family Business Michaelia Cash tells Ross Greenwood the comments made were “inflammatory” and “divisive”.

This important video showing how the Australian government is crushing even the most reasonable opinions that are not fully pro islamic, IS NOT AVAILABLE TO BE SEEN in Australia!

GOOD FOR HIM! Australian Senator Fraser Anning lands 2 punches on teen thug who smashed an egg on his head

AUSTRALIAN ‘DONALD TRUMP?’ Senator Fraser Anning is under fire for calling for a total ban on Muslim immigration