The Great Replacement is a theory based on the European demographic demise elaborated by French writer Renaud Camus. 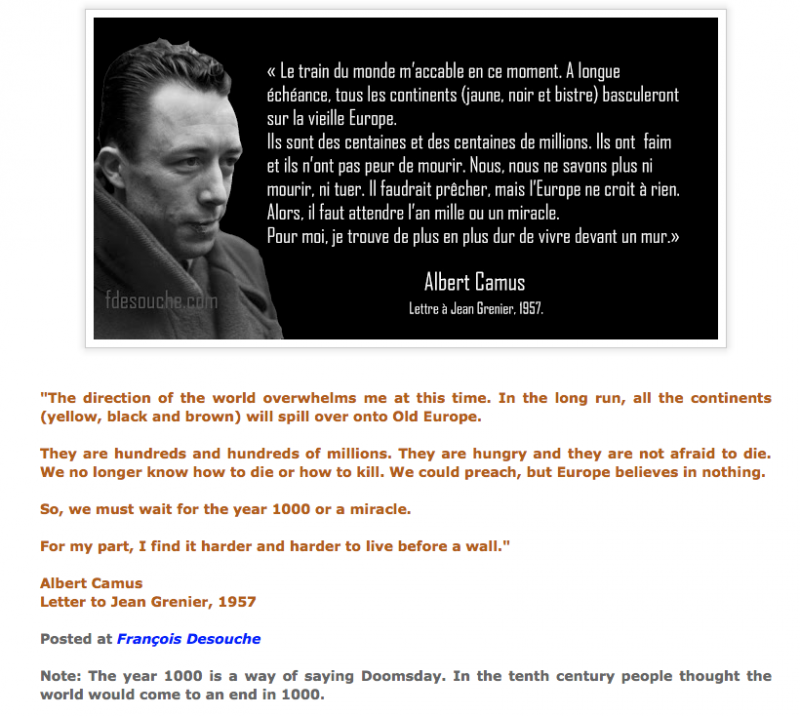 Defend Europa The name of the theory, which is itself self-explanatory predicts that if current demographic trends in Europe continue, such as low fertility rates of native Europeans and the ever-increasing migration patterns from African, Middle Eastern and Asian countries, Europeans will be replaced in their own countries.

How is the great replacement happening?

As the name of the theory suggests, someone is being replaced by someone else. Like in an equation, two variables come along to explain this. The first variable is native European, or if you would like, white fertility rates. In order for a generation to renovate itself, it needs at least a fertility rate of 2.1 children per women in order to sustain itself. 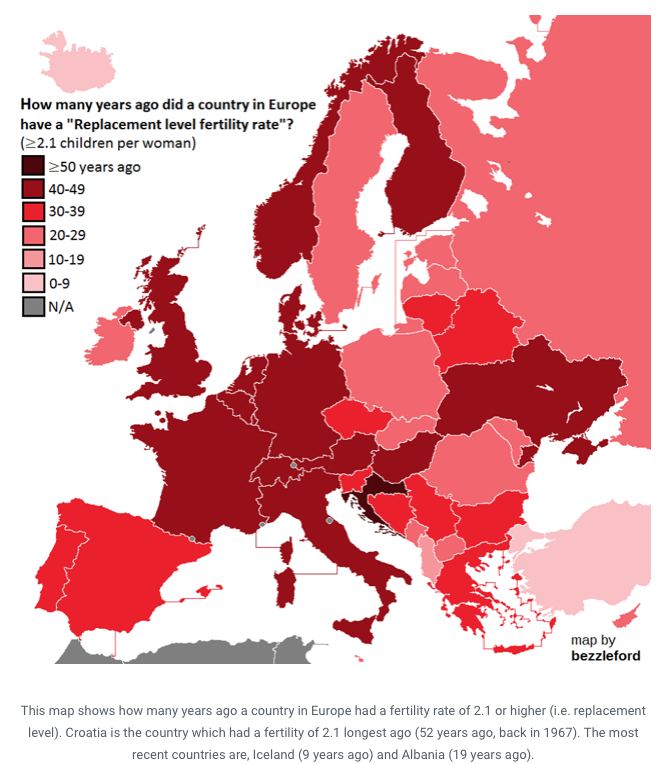 As we can see through this map, every European country went through the same process of having below replacement levels, with Western and Central European countries starting the trend first and gradually spreading to the periphery, with the notable exception of Ukraine. This process of low fertility rates has also led to the increasing ageing of European societies.

The 2nd variable is, of course, immigration. Particularly from East and South Asian, African, and Middle Eastern countries. Immigration is not anything new in Europe, as it happened on a small scale between European countries, but in the current economic ultra-liberal economic capitalist system, the need for cheap labour and the need for people to cover the children pensioners did not have, ironically enough, to pay for their pensions has lead governments to fetch immigrants from the furthest corners of this planet and from the most alien cultures possible. 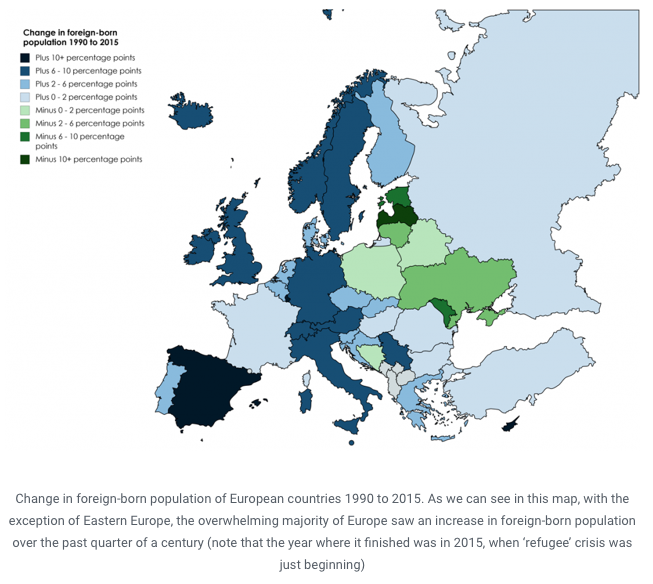 The results of these trends, are of course, the replacement of native Europeans in their own countries, taking the example of Britain through these graphs below: 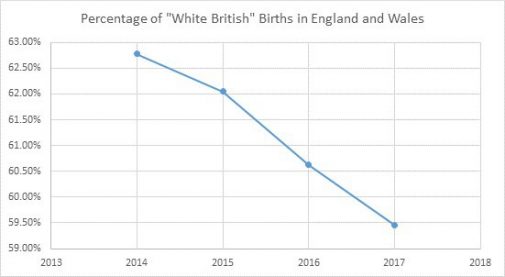 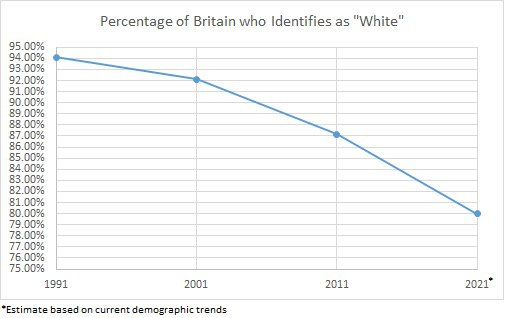 The rate of replacement varies across European countries, with some being better off than others, depending how far the fertility rate has fallen, how much immigration (both legal and illegal) the country has taken in, with Northwestern Europe (United Kingdom, Germany, France and Sweden) being the place where the phenomenon is the most serious, with Southern Europe quickly catching up (Italy, Greece, Spain and Portugal) and Eastern Europe being the ones better off demographically, despite population decreases due to more unattractive economies. 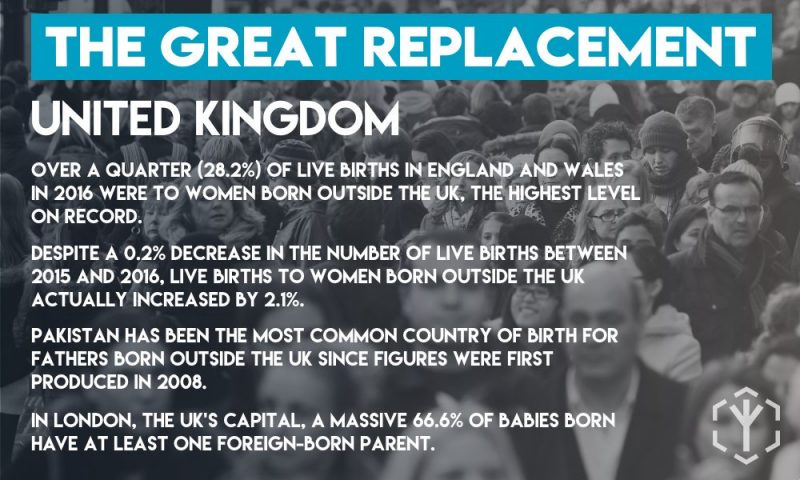 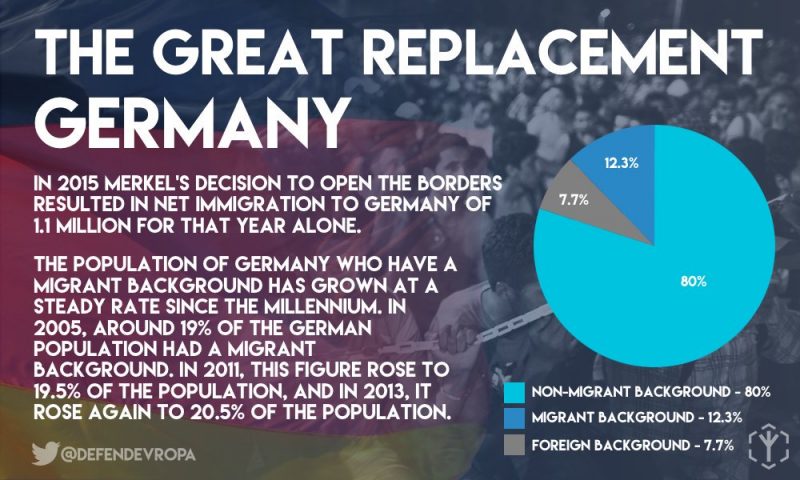 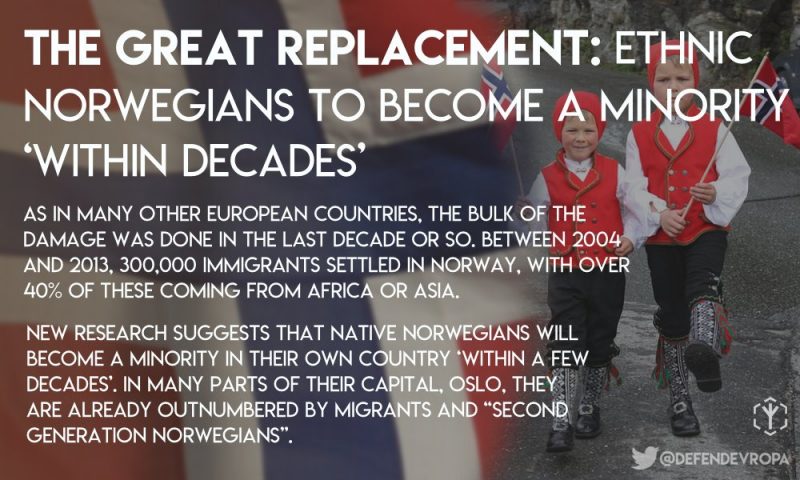 What is the future of European nations and societies IF these trends are not reversed?

Many reputable sources that work with demographic trends and projections, such as Pew Research Center already traced a bleak future for Europe, if these trends of reckless immigration and low birth rates are not reversed.

Pew Research Center traced 3 scenarios to the year of 2050 in regards to Muslim migration in Europe, which although, not the entirety of migration that comes to our continent, is a good indicator of the percentage of the population of foreign origin, taking into account the most recent migration trends.

Besides Muslim migration, there is also to take into account East Asian and Subsaharan African migration. In Europe, there are some countries that keep racial and ethnic statistics as is the case of Britain, however, the census in continental Europe, in countries like France, Spain or Portugal, tend to be more colourblind, counting naturalized citizens and children of foreigners as national citizens, being more difficult to know how much the native populations in these countries are actually replaced, besides the nationalities with residency permits but with not granted official citizenship. 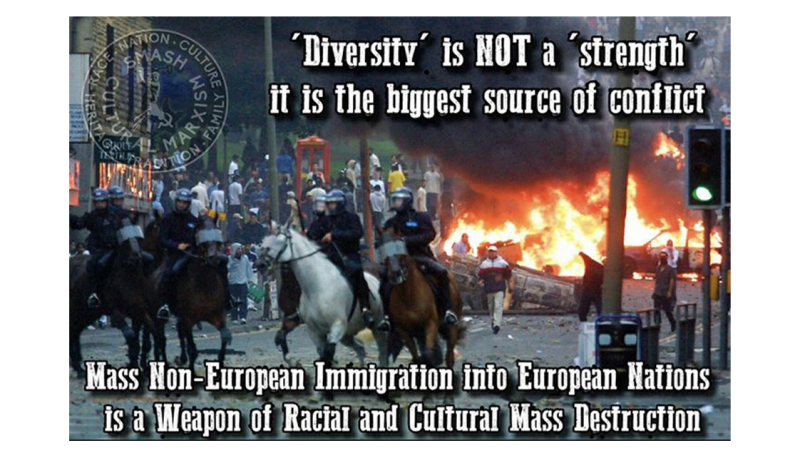 With the data presented we can conclude these trends will and already are gradually turning Europeans into minorities in their own countries, but the amount of data or statistics can only add to what you can see already in major cities of Western Europe like Madrid, Paris or London. Demography is destiny, knowledge is power and it’s upon Europeans to act, vote and voice these problems according to our interests.