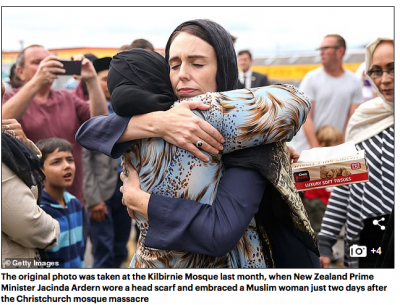 The much maligned and ridiculed image of Ardern dressed in Islamic supremacist headgear, hugging a Muslim woman with the word for “peace” written in Arabic beneath it, will rise high in the sky of Melbourne as a so-called ‘symbol of unity’ following the Christchurch mosque massacre which killed 50 Muslims.

But something tells me there won’t be a mural of Adern hugging a Christian following the deadly Muslim terrorist attacks in Sri Lanka churches, which killed at least 321 mainly Christians on Easter Sunday.

Daily Mail (h/t Sara S) Mural organizer Tamara Veltre said the image of the Kiwi leader wearing a hijab and embracing a Muslim woman has ‘become a beacon of tolerance, love and peace in these divisive times’, Newshub reported.

‘I hope this image inspires tolerance, love and peace in these divisive times. It celebrates a moment of unity and compassion,’ Ms Lizzio said. 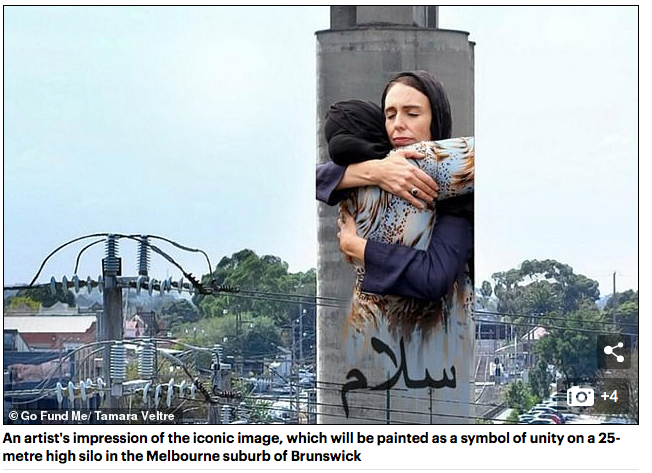