Especially considering that until the mosque attacks in New Zealand, anti-Muslim backlash has been relatively minor to virtually nonexistent, despite the fact that there have been more than 30,000 deadly Islamic terror attacks since 9/11. 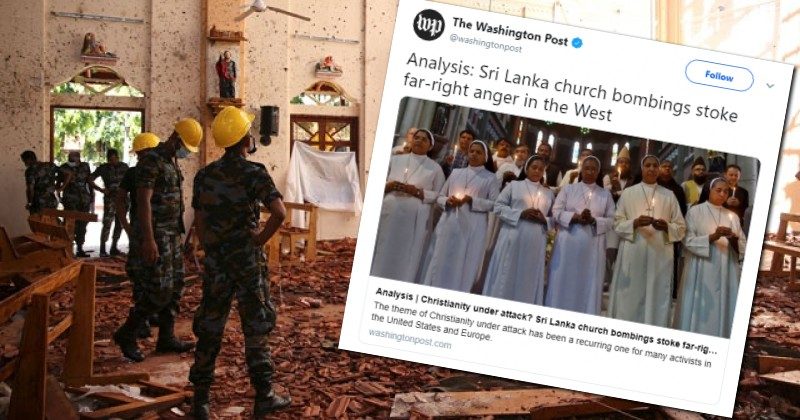 Summit News (h/t Marvin W) Following the slaughter of some 350 people, mostly Christians, by Islamic terrorists in Sri Lanka, as always, the mainstream media is worried about ‘right-wing anger’ and “violence against Muslims.”

This has become par for the course. After every single Islamic terror attack, the media either victim blames or runs defense for Islam. The alternative, that Islam has an implicit problem with violence because of what is written in the Koran and needs to be reformed, is too difficult to stomach.

The Washington Post published a story entitled Christianity under attack? Sri Lanka church bombings stoke far-right anger in the West. The article downplays the notion of Christianity being under attack as merely a “theme” for right-wing activists.

Another article published by UK outlet LBC cites an analyst who worries that the Sri Lanka massacre “may lead to further violence against Muslims”.

Muslims in France don’t seem too worried about an anti-Muslim backlash, especially on the heels of a week-long worldwide outpouring of sympathy and hijab-wearing Christian women following the so-called massacre at 2 mosques in New Zealand, which killed 50 Muslims. 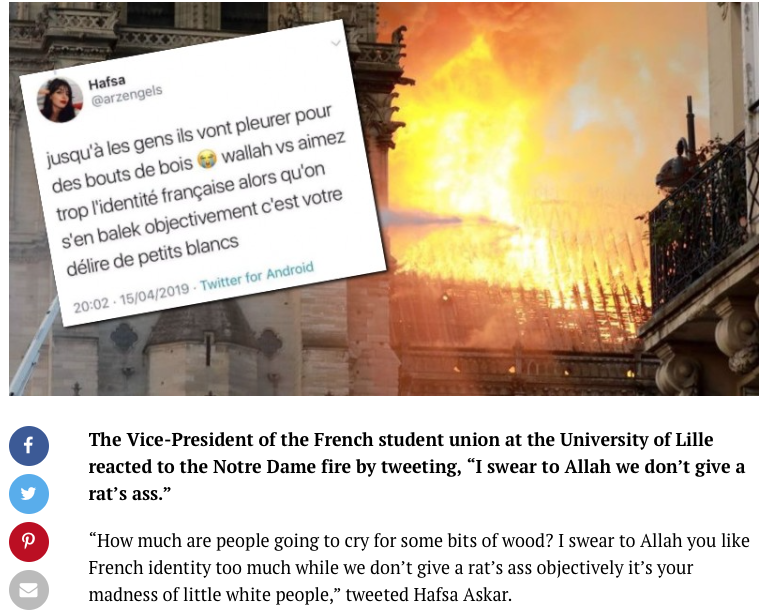 In reality, there are 105 churches and/or Christian buildings burned or attacked every month. An average of 345 Christians are also killed for faith-related reasons every single month.

Next time a right-wing lunatic shoots up a mosque, is the media going to publish stories hand-wringing with concern about the threat to white people or conservatives? Don’t hold your breath.