As reported earlier today, Facebook announced that it had banned several high-profile conservative personalities from their platform for good, including an incoming ban on the Facebook-owned Instagram. 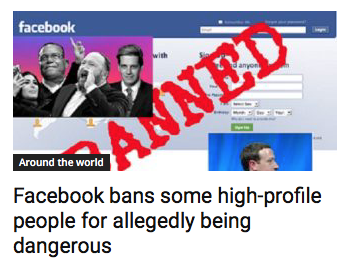 Gateway Pundit Milo Yiannopoulos, Laura Loomer, and all accounts related to Alex Jones or Infowars (including Paul Joseph Watson) were the main targets of Facebook’s latest purge and were labeled ‘dangerous’ by the social media giant. To draw away from criticism about only banning pro-Trump figures, Facebook also claimed to be taking action against Louis Farrakhan, the Hitler-loving Nation of Islam leader.

The company alleges that all individuals or accounts engaged in the following behaviors, according to a statement given to pro-censorship CNN reporter Oliver Darcy. 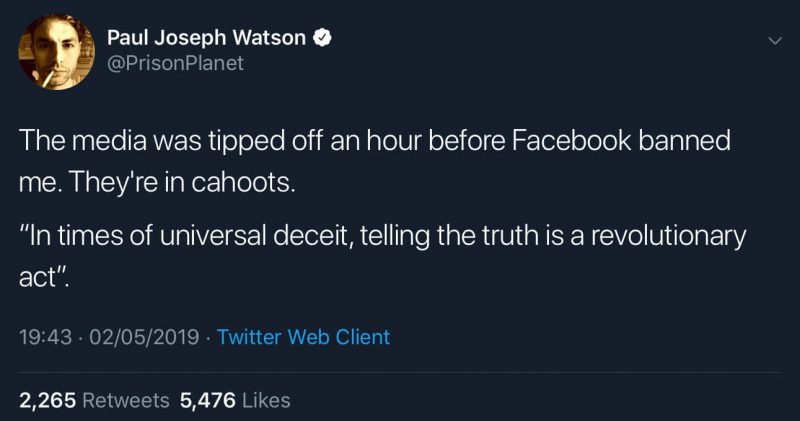 Darcy, who himself has been personally involved in lobbying digital platforms to ban his political enemies, also claims that the company may end up banning accounts that share content related to any of the banned individuals.