The uber-liberal Trudeau government has again revised a report that is supposed to update Canadians on the major terrorist threats they face, by removing all references to Islamic extremism. 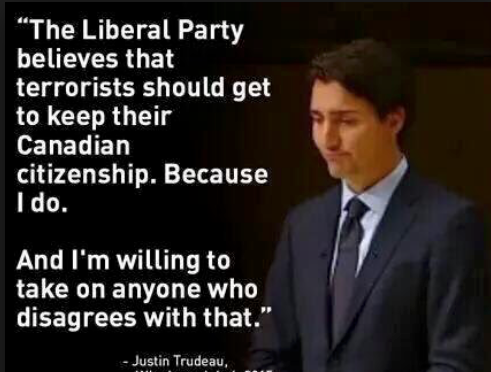 Global News While the report, first released in December, had initially identified attackers “inspired by violent Sunni Islamist ideology” as the main terrorist threat to Canada, that line has now been cut. All mentions of “Sunni” and “Shia” extremism were also taken out of the annual report, along with section headings on both types of terrorism.

The so-called Islamic State, Al Qaeda and their regional affiliates use terrorism to promote their versions of Sunni Islamist extremist ideology, while Hezbollah is a Shia extremist group.

Notice how Islam is not mentioned, except once (Daesh) in any of these main terror attacks/plots perpetrated by Muslims in Canada: 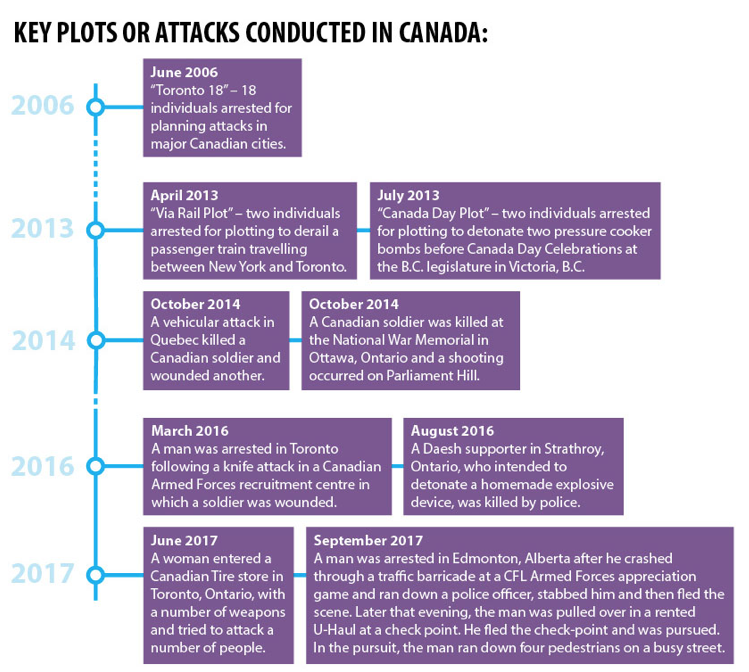 But Public Safety Minister Ralph Goodale told reporters Thursday he wanted the terrorist threat report to use language that “did not impugn or condemn an entire religion.”

The latest change was announced on Twitter and Facebook by Liberal MP Ruby Sahota, who wrote that she had worked with Goodale to “remove language” from the report.

“The report no longer contains the terms ‘Shia,’ and ‘Sunni,’” she wrote. “Words matter. Our agencies and departments must never equate any one community or entire religions with extremism.”

But in a blog post Wednesday, former Canadian Security Intelligence Service analyst Phil Gurski likened the government’s repeated second-guessing of the report to a comedy routine.

“To my mind this is just political correctness and electioneering gone mad,” wrote Gurski, who also worked at Public Safety Canada, which produced the threat report.“The inability to call a threat what it is makes it harder to identify and neutralize it.”

Conservative MP Pierre Paul-Hus accused the government of playing politics and said he did not understand why it would “just erase this information critical for the security of Canada.”

Despite cutting references to Sunni and Shia extremism from the annual report, Public Safety Canada continues to use the terms in its online list of outlawed terrorist groups.

Asked how the descriptions maligned communities, Goodale’s spokesperson Scott Bardsley said: “The impact of these terms may not be readily apparent to some who come from places of privilege, who seldom experience judgment based on skin colour or religion alone.”