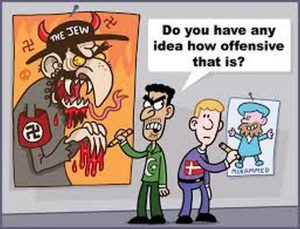 Anti-(Islamic) terror specialists attached to an Australian state police force have been forced to apologize for a second time after they were found to have offended Palestinians and Arabs in a training video that featured officers in Arab Muslim headwear. 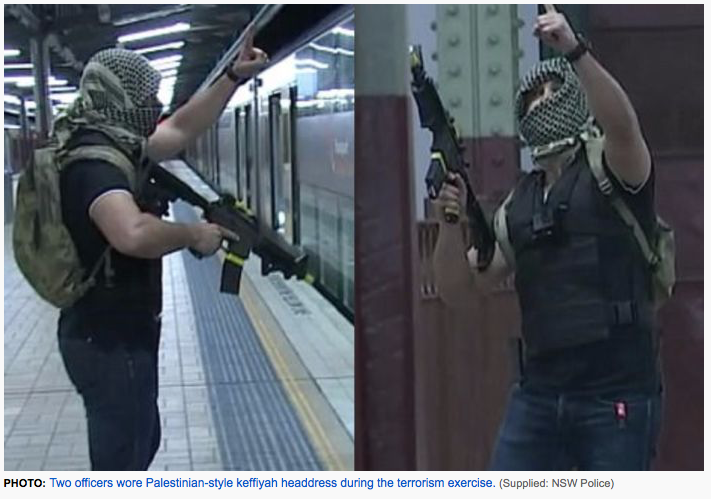 The ‘fake terrorists’ were shown wearing a ‘Palestinian Keffiyeh’: a chequered black and white scarf worn on the head and neck, which is a well-known symbol of Palestinian nationalism (and when they want to hide their identities when carrying out terrorist attacks)

The backdown came in response to Izzat Abdulhadi, the head of the general delegation of Palestine to Australia, claiming many people had been left “really upset” by the video designed to train frontline police to respond to a so-called “active armed offender” incident. 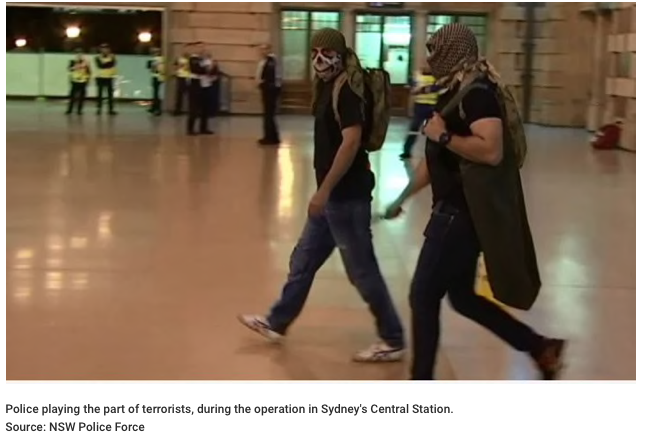 Speaking on SBS Arabic24, NSW police’s multicultural media liaison officer Tarek Al-Issawi apologized for any offence caused. Now the NSW Civil and Administrative Tribunal has found the use of headscarves in the video was “not necessary” and could “incite members of the public to hatred” against Palestinian and Arabic people.

ABC News reports the police force must now apologize again, as well as introduce a racial vilification education program. The education program, to be created in cooperation with the NSW Anti-Discrimination Board, will be mandatory for serving officers of the rank of Chief Inspector and above, as well as the Police Media Unit. 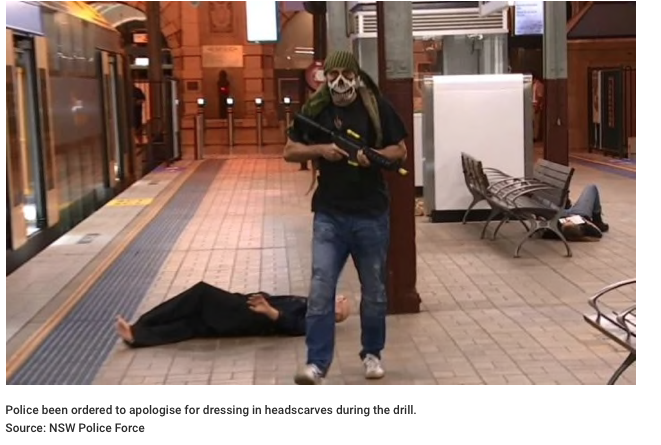 In their defense, the operation’s organizers said mock hostages were forced to stand with their hands on the window of a train, holding up an Islamic State flag.

The officer who developed the exercise, Chief Inspector Colin Green, said the use of Islamic headgear is appropriate because officers portraying armed offenders were meant to simulate members of Islamic State. 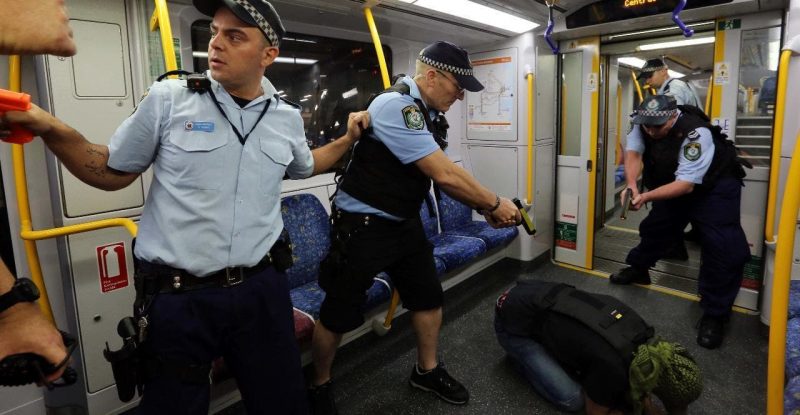 The original complaint proceeded after a Sydney Muslim man, Sam Ekermawi, saw the exercise covered online, in print and on television.

He claimed the headscarves worn by the two “active armed offenders” were the same as those worn by Palestinians, Arabs, Middle Eastern people and Muslims and their use “incited hatred or serious contempt” of those people on the grounds of their race. (So? Those are the people most likely to be involved in terrorist atttacks)