Problem is, Bulgaria already has way more than its “fair share” of Muslim migrants posing as refugees – 20% of its population. (See links at bottom) 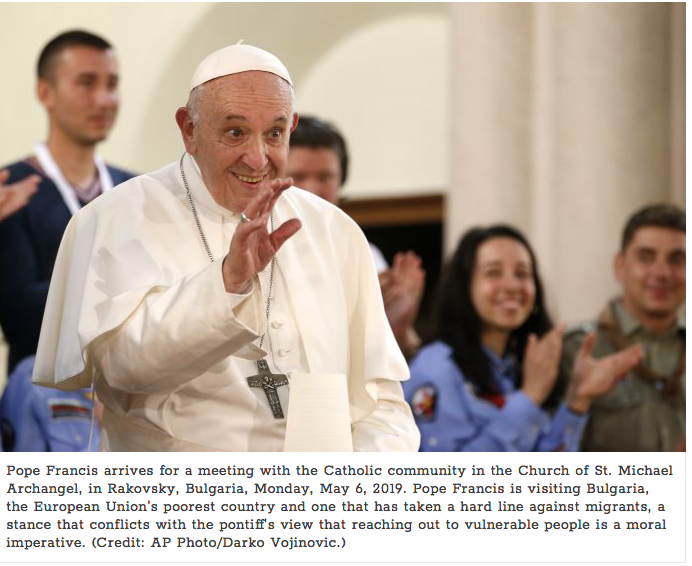 CRUX Now (h/t Thereza B)  Driving home his defense of migrants and refugees, Pope Francis told Bulgarian Catholics Monday that the Church must always be a supportive community whose doors are open to all, especially those who are far away from home.

As he often has in the past, the pope in his May 6 speech referred to the Church as a mother who “experiences and makes her children’s problems her own” and who doesn’t offer “ready-made answers,” but who instead seeks reconciliation.

In his address, Francis spoke of the dynamics of living as a religious minority in a country where Orthodox make up the majority of the nation’s population of 7.1 million.

BULGARIANS continue their courageous fight against the Islamization of their country

BULGARIA: Huge crowds in Plovdiv turn out to protest against Muslim court claims on property