Unlike in the West, the threat of an anti-Muslim backlash in Sri Lanka has become reality. Two people have been arrested after Muslim-owned businesses and homes were attacked by a Christian mob in a Sri Lankan town rocked by the Easter bombings. 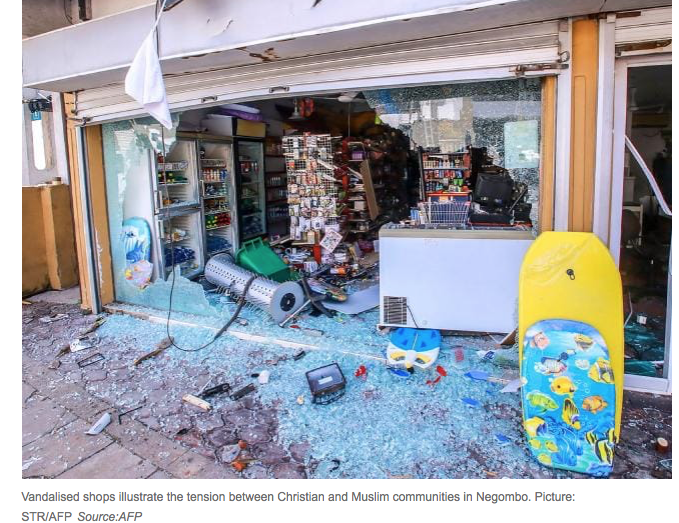 AU News St Sebastian’s church in Negombo, a Catholic-dominated town, was one of the locations targeted as part of a series of suicide bombings last month that killed more than 250 people.

Since the Negombo bombing there have been increasingly violent clashes in the seaside town, with Muslim-owned shops, homes and vehicles attacked and vandalised.

The attacks, believed to be carried out by a mostly-Catholic mob, have become so bad hundreds of extra troops were deployed to the town to impose a curfew on residents. 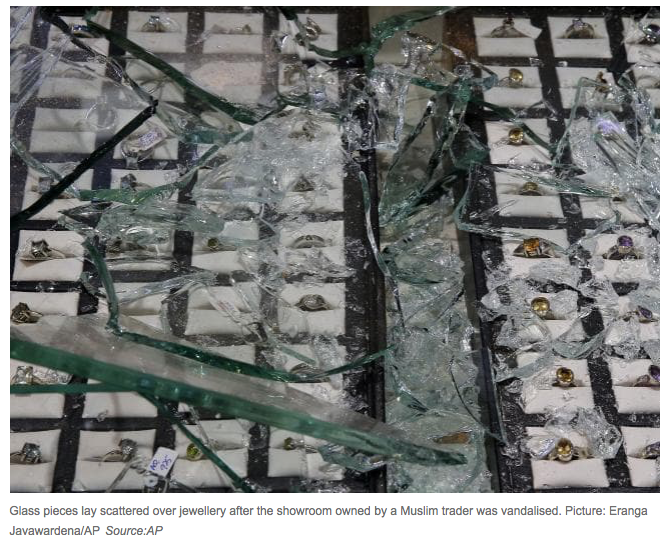 Social media was also shut down in a bid to quell the rising tensions and prevent “rumours” inflaming religious tensions even further.

A.M. Jeffry, a Muslim resident of Porutota village near Negombo, said the attackers burned a three-wheel taxi and a motorbike.

Rizwan Jeffry, a gem seller who is not related, said about 400 people rampaging in the streets attacked his shop. Some took precious stones kept in showcases, he said. 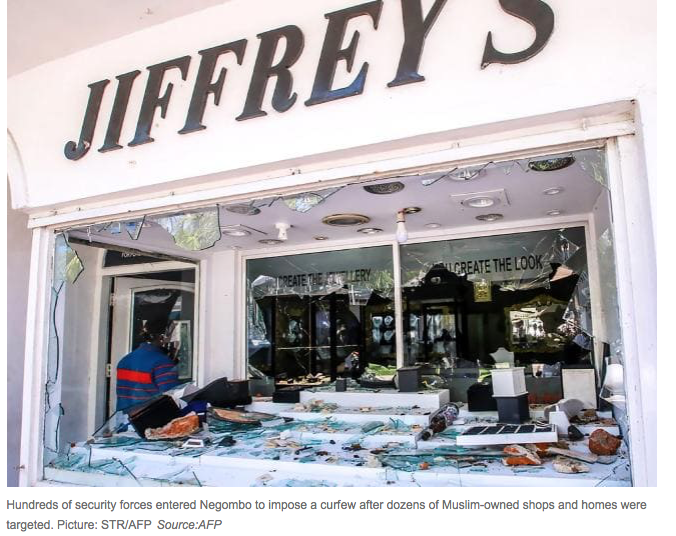