But most of the blowback is not coming from Christians, but rather from Buddhists, who understand more than anyone, the existential  threat that Islam continues to pose to their culture, religion, and national sovereignty. 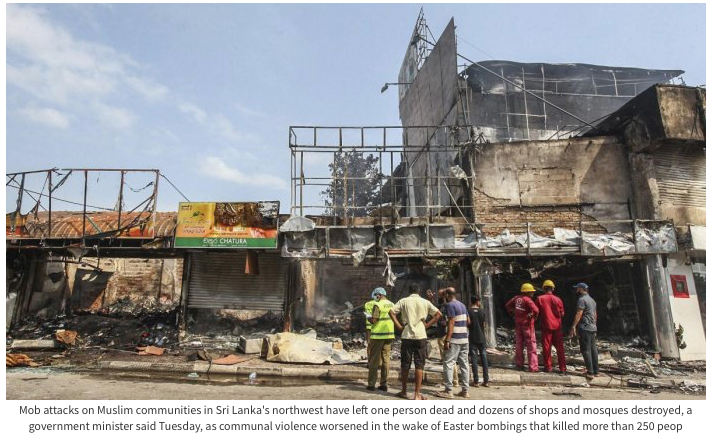 Deccan Herald Mob attacks on Muslim communities in Sri Lanka’s northwest have left one person dead and dozens of shops and mosques destroyed, a government minister said Tuesday, as communal violence worsened in the wake of Easter bombings by Muslims that killed more than 250. 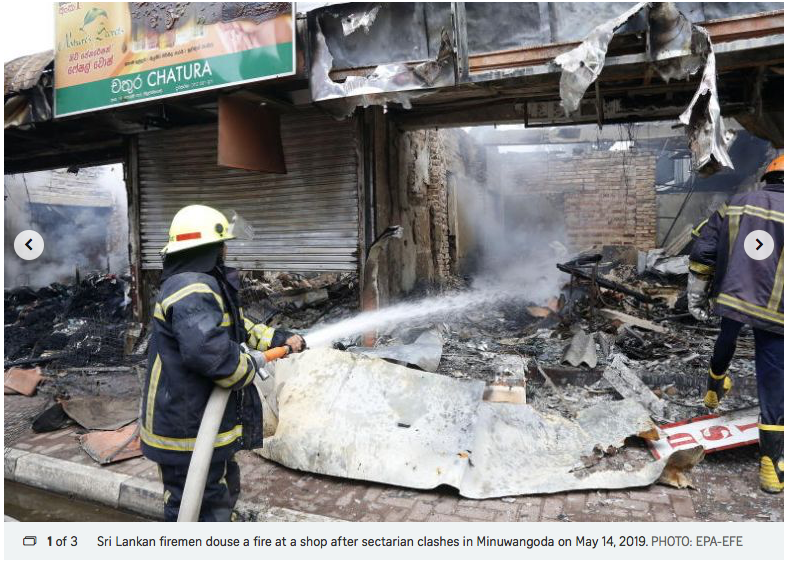 Parts of Sri Lanka were under indefinite curfew Tuesday and social media banned after a man was killed by a sword-wielding mob in an escalating anti-Muslim backlash following the Easter terror attacks. Violence broke out late Monday, three weeks after Islamist extremist bombings killed 258 people, with mobs carrying out arson attacks including one involving around 2,000 people who vandalised a mosque.

In the adjoining Gampaha district, men on motorbikes led arson attacks in the town of Minuwangoda. “After they started smashing Muslim shops and throwing petrol bombs, the locals joined in.”  He said police and security forces appeared to be overwhelmed and that by the time troops fired in the air to disperse the mobs it was too late for many of the shops targeted. 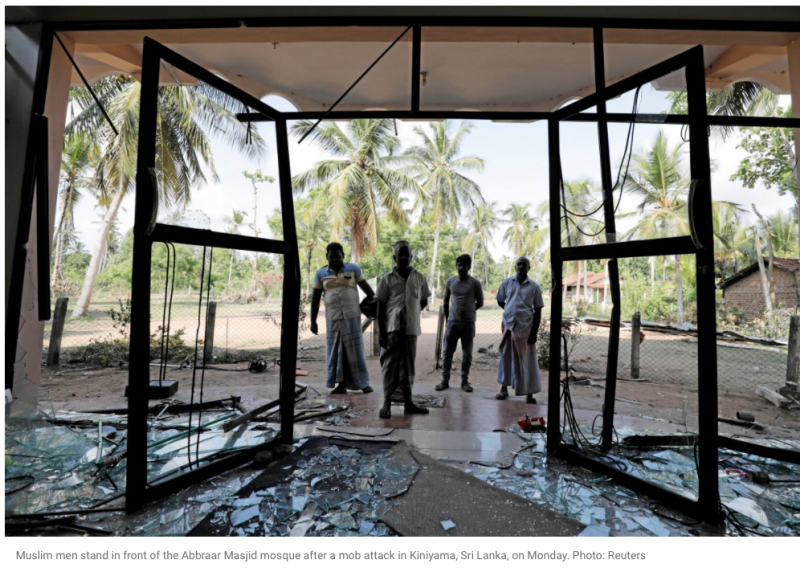 A pasta factory owned by a Muslim businessman was destroyed after unidentified attackers threw burning tyres into the facility, reducing it to ashes. “There were security forces outside, but they could not (or didn’t want to) stop the attack that happened during curfew hours.” 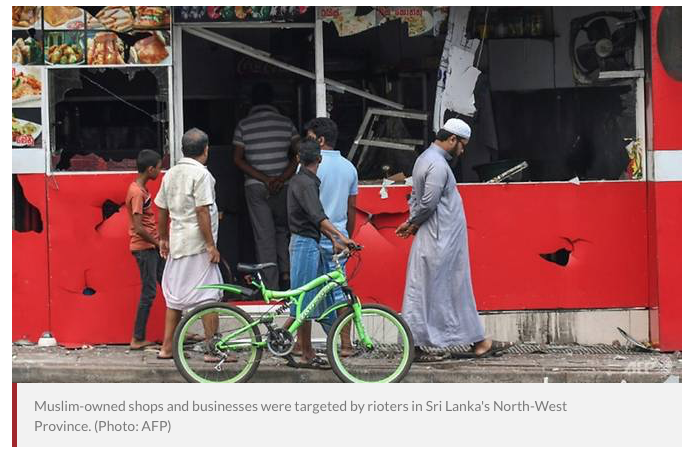 A mosque in Minuwangoda was also stoned. In the NWP, attackers systematically targeted mosques for two days, local clerics told AFP. In the town of Kinyama, two mosques were smashed as the outnumbered armed police and troops stood by. 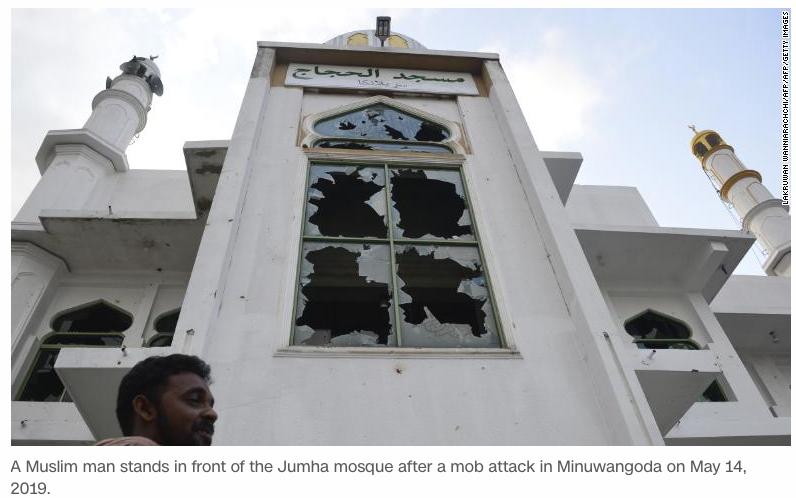 “About 2,000 people surrounded our mosque and smashed everything inside, even the bathroom fittings,” cleric M. I. M. Siddeeque told AFP by telephone from the curfew-bound town of Bingiriya. Video footage of the unrest showed burning shops as mobs armed with sticks and stones roamed on the streets attacking Muslim-owned shops.