WARNING: this is a very left wing-biased Muslim-sympathizing article. The reporter quotes a Muslim who said “And they wonder why we (Muslims) retaliate.” Totally ignoring the fact that non-Muslims are the ones who have only just begun to retaliate AGAINST Muslims for the more than 35,000 deadly terrorist attacks Muslims have committed since 9/11. 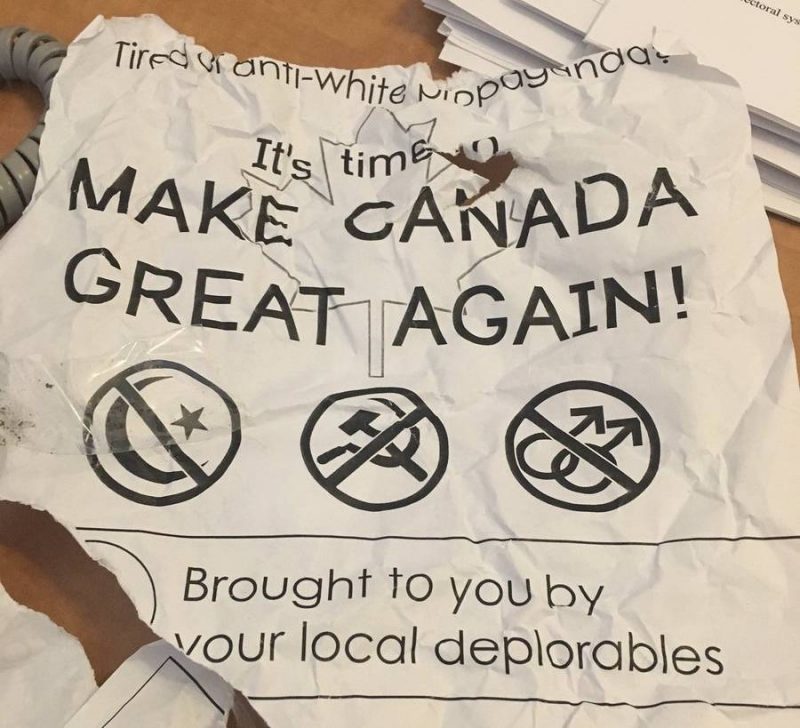 Global News More than a quarter of Canadians believe that over the past five years, it’s become “more acceptable” to be prejudiced against Muslims, according to an exclusive poll by Ipsos for Global News.

The polling seems to correlate with an increase in hate crimes targeting Muslims living in the country. All of the Ipsos poll data is available online.

Even the chart below is misleading by referring to Muslims as a race: 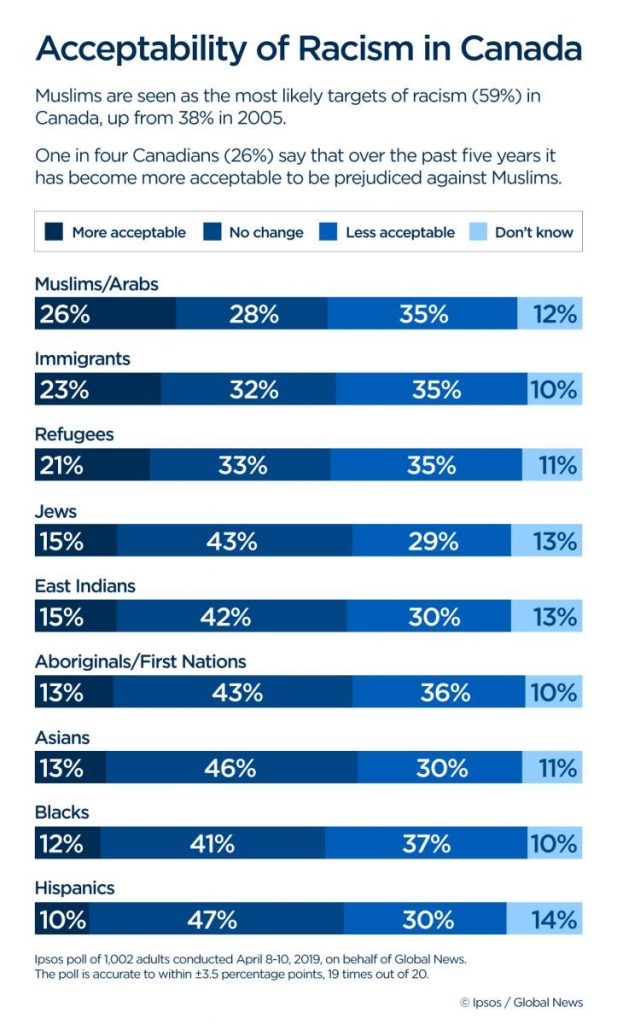 (Not surprisingly, these leftist bleeding hearts are blaming President Donald Trump for the increased anti-Muslim sentiment)

Barbara Perry, a hate crimes expert at the University of Ontario Institute of Technology, said Islamophobia has always been present in Canada, but over the last few years, it’s been “exacerbated.” She added that there are many factors at play, but one of them is the “Trump effect.”

A number of so-called “experts” have linked the rise in hate crimes against Muslims to U.S. President Donald Trump’s anti-Muslim rhetoric during his 2016 presidential election and after he was elected to the White House in 2017. (And they blame Trump for the rise in hate crimes against Jews in the U.S. despite all the good he has done for the state of Israel and the fact that his daughter’s family are all orthodox Jews)

Ipsos vice-president Sean Simpson said that Trump’s anti-Muslim views have leaked into Canada and that the polls reflect that. “I think, certainly, having a president like Donald Trump, who seems to say anything on his mind at a whim, gives people … more licence to do the same,” Simpson said.

He said the lack of political correctness can be seen in Canada’s current climate. Take, for example, Maxime Bernier, whose anti-Muslim immigrant rhetoric echos that of Trump’s. Bernier, the leader of the People’s Party of Canada, came under fire last year for saying that “more diversity will not be our strength, it will destroy what has made us a great country.”

Simpson said politicians like Bernier and Trump are “saying things that people, up until now, had maybe been reluctant to say out loud, even if they thought it,” adding to people’s prejudice against minorities. (Isn’t it nice that people now feel free to tell the truth about a dangerous population that is a threat to their culture and values?)

Perry said Bernier is not the only Canadian politician to exacerbate anti-Muslim rhetoric.

During Stephen Harper’s 2015 re-election campaign, he ratcheted up the rhetoric against the niqab, calling it “offensive” for someone to wear it while taking the oath of Canadian citizenship. And in 2011, then-prime minister Harper said “Islamicism” posed the greatest threat to Canada’s national security. (He was right and Canada was a much safer country to live in while he was PM)

Perry said that although anti-Muslim rhetoric has always been in Canada, it has increased since 2017 in the form of hate crimes and a spike in organized white nationalist groups across the country.

She said there is a “new” obsession with far-right groups and politicians to slam Islam and immigration. Perry worries that the anti-Muslim rhetoric will also creep into the 2019 federal election as many hate groups are normalizing the topic. (One can only hope)

Regular folks glom onto these tropes and really pressure right-leaning parties to bend to their will,” she said. Perry added that although Trump’s anti-Muslim rhetoric can be linked to a rise in online hate, it does not give the full story.

“There are many factors at play,” she said, adding that Quebec’s Bill 21, a controversial proposed law dubbed the “religious neutrality bill,” has fuelled discrimination toward Muslims in the province.

The proposed legislation would forbid public-sector employees in positions of authority — including teachers, police officers and judges — from wearing religious symbols.

In October 2017, the province also passed Bill 62, which required public services to be given and received with an uncovered face. That law is being challenged in court on the grounds that it discriminates against women wearing the niqab or burqa.

The law has been condemned by politicians and advocates, who say it directly discriminates against Muslim women. However, former Quebec premier Philippe Couillard has defended the legislation, saying it’s necessary for communication, identification and security reasons. 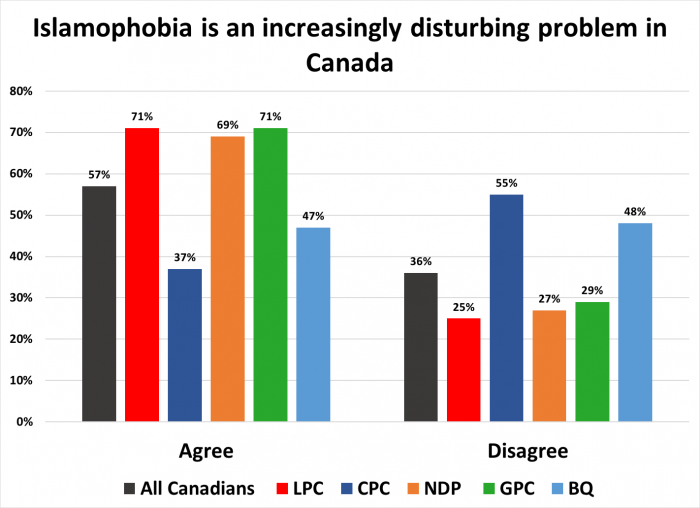 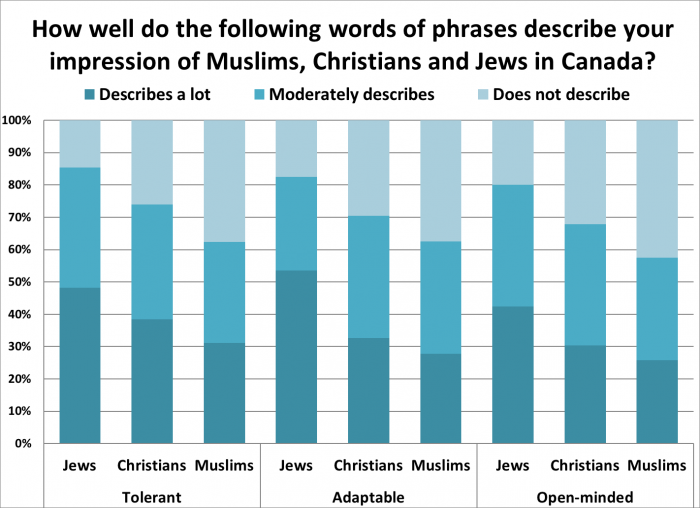 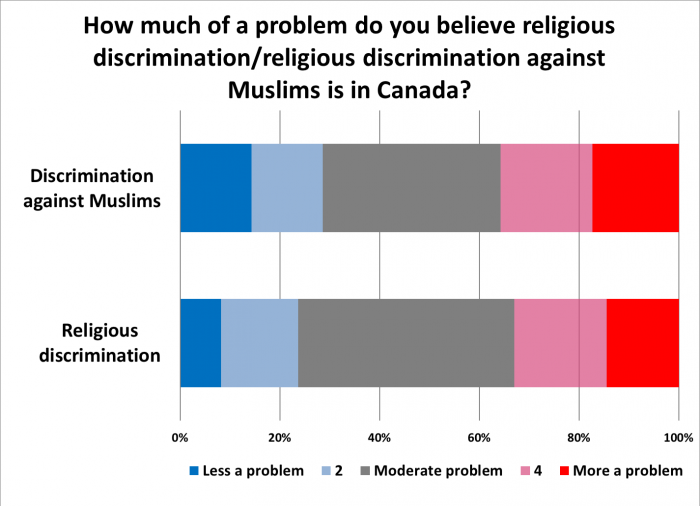 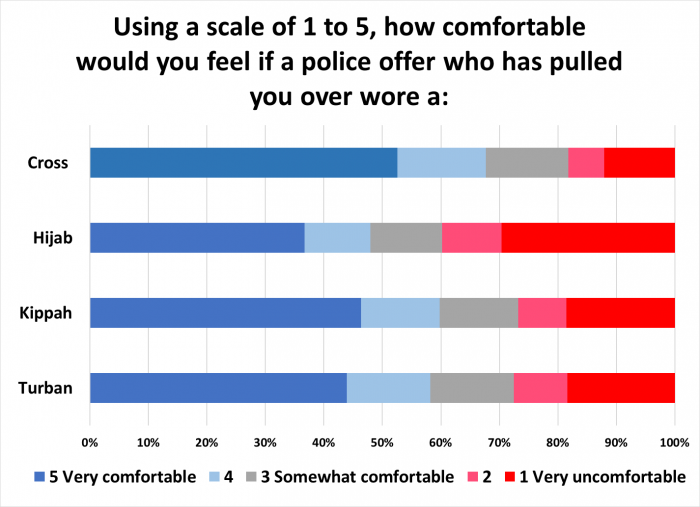