A group called G/O Media is teaming up with Smartypants Pictures to premiere the second season of The Secret Life of Muslims — a video series with a (fantasy) view on modern Islam you’re not getting on cable news. (Probably because even cable news stations understand they would be a laughing stock if they dared to air some of this nonsense)

Lifehacker (h/t Edmund L) From the video below: In addition to the outrageous claims that Muslims helped discover America because they were on the same ship as Columbus; Muslims helped build the White House; the Statue of Liberty was based on an Egyptian Muslim woman, and Thomas Jefferson hosted Ramadan dinners for Muslim diplomats, where he allegedly said to them:

“We will know that the American experiment is a success when a Muslim becomes president.”

But this one takes the cake: In the video below, Muslims claim that the US and Libya were close allies in the battle of Tripoli helping Muslims get rid of the Barbary pirates who were attacking and hijacking sea vessels. 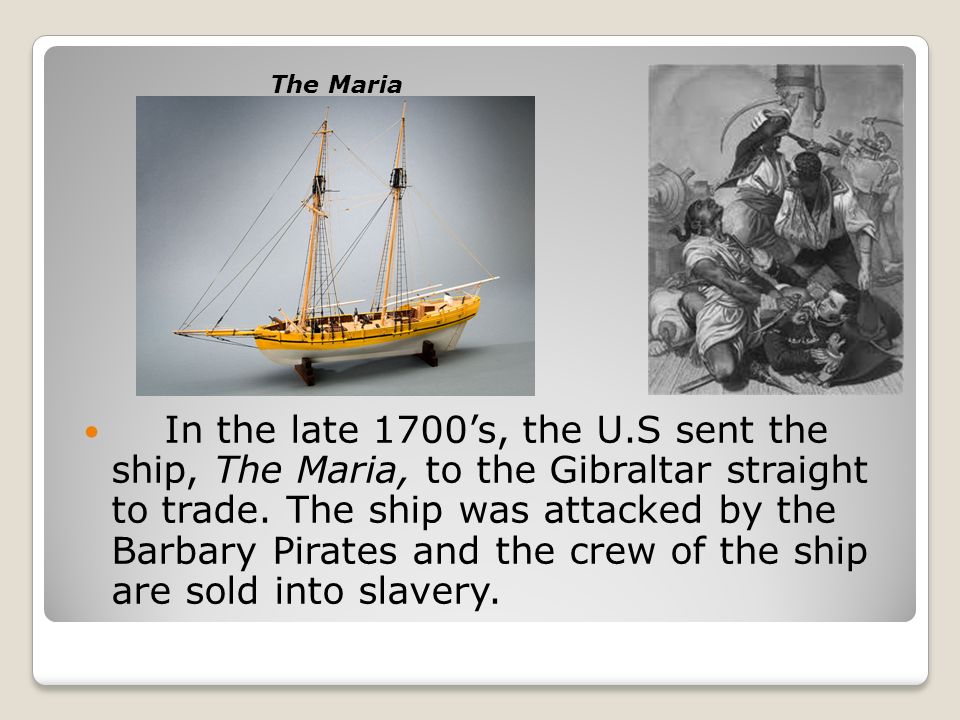 Problem is, the US Marine Corps did NOT help Tripoli “with a piracy problem.” They, along with Algiers and Tunis and other cities/states along the North African coast, WERE the pirates. They ran a protection racket on shipping in the Mediterranean, extorting nations for safe passage and attacking ships from those countries refusing to pay.

The US paid the ransom demands under the Washington and Adams administrations, but Jefferson said no and sent in the Navy. That’s where the “to the shores of Tripoli” comes from: the Marine Corps’ various exploits in the war, from capturing Derna to the raid on Tripoli and destruction of the captured USS Philadelphia. 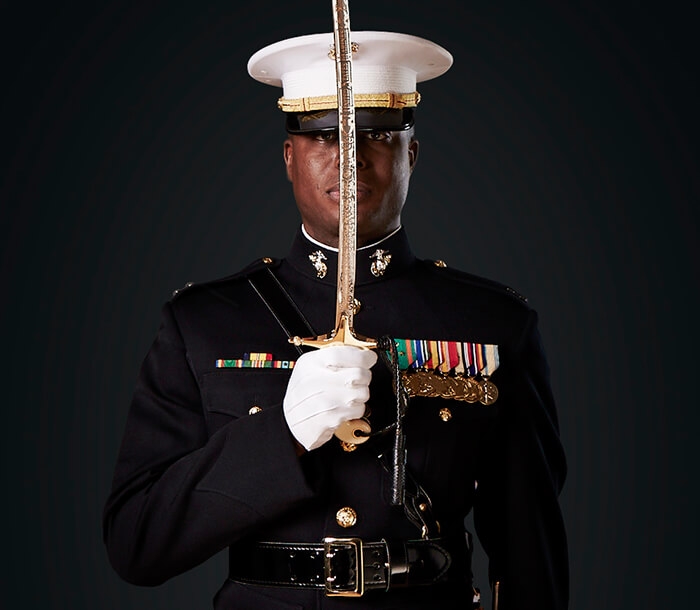 Muslim claim that the Mameluke Sword given to the Marines by Ottoman Empire viceroy, Prince Hamet during the First Barbary War, in Libya, was a gesture of respect and praise for the Marines’ actions at the Battle of Derna (1805), The sword, which became part of the USMC  was NOT a gesture of gratitude, but a symbol of surrender, after the Marines’ victory in Tripoli. (Read more below)

Threadreaderapp Most Americans are unaware of the fact that over 200 years ago the United States declared war on Islam, and Thomas Jefferson led the charge.

When the 3rd President of the United States, Thomas Jefferson saw there was no negotiating with Muslims, he formed the “the sea going soldiers,” or what is now known as the @USMC.

At the height of the 18th century, Muslim pirates (the “Barbary Pirates”) were the terror of the Mediterranean and a large area of the North Atlantic. They attacked every ship in sight, and held the crews for exorbitant ransoms.

Those taken hostage were subjected to barbaric treatment and wrote heart-breaking letters home, begging their governments and families to pay whatever their Mohammedan captors demanded.

These extortionists of the high seas represented the North African Islamic nations of Tripoli, Tunis , Morocco, and Algiers – collectively referred to as the Barbary Coast – and presented a dangerous and unprovoked threat to the new American Republic.

In July of 1785, Algerian pirates captured American ships, and the Dye of Algiers demanded an unheard-of ransom of $60,000,00 dollars. It was a plain and simple case of extortion and Thomas Jefferson was vehemently opposed to any further payments.

Instead, he proposed to Congress the formation of a coalition of allied nations who together could force the Islamic states into peace. A disinterested Congress decided to pay the ransom.

Thus, the birth of the U.S. Navy. Beginning in 1784, 17 years before he would become president, Thomas Jefferson became America’s Minister to France. That same year, the U.S Congress sought to appease its Muslim adversaries by following in the footsteps of European nations who paid bribes to the Barbary States rather than engaging them in war.

In 1786 Jefferson and John Adams met with Tripoli’s ambassador to Great Britain to ask by what right his nation attacked American ships and enslaved American citizens, and why Muslims held so much hostility towards America, a nation with which they had no previous contacts.

The two future presidents reported that Ambassador Sidi Haji Abdul Rahman Adja had answered that Islam “was founded on the Laws of their Prophet, that it was written in their Quran that all nations who would not acknowledge their authority were sinners…that it was their right and duty to make war upon them wherever they could be found, and to make slaves of all they could take as prisoners, and that every Musselman (Muslim) who should be slain in battle was sure to go to Paradise.”

Despite this stunning admission of premeditated violence on non-Muslim nations, as well as the objections of many notable American leaders, including George Washington, who warned that caving in was both wrong and would only further embolden the enemy…for the following fifteen years, the American government paid the Muslims millions of dollars for the safe passage of American ships or the return of American hostages.

Shortly after his being sworn in as the third President of the United States in 1801, the Pasha of Tripoli sent him a note demanding the immediate payment of $ 225,000,00 plus $ 25,000,00 dollars per year for every year forthcoming.

This changed everything. Jefferson let the Pasha know, in no uncertain terms, what he could do with his demand. The Pasha responded by cutting down the flagpole at the American consulate and declared war on the United States. Tunis, Morocco, and Algiers followed immediately.

He dispatched a squadron of frigates to the Mediterranean and taught the Muslim nations of the Barbary Coast a lesson he hoped they would never forget. Congress authorized Jefferson to empower U.S. ships to seize all vessels and goods of the Pasha of Tripoli and to “cause to be done all other acts of precaution or hostility as the state of war would justify”.

When Algiers/Tunis, who were both accustomed to American cowardice and acquiescence, saw the newly independent U.S. had both the will and right to strike back, they quickly abandoned their allegiance to Tripoli. The Tripoli war lasted for 4 more yrs. raging up again in 1815.

The bravery of the @USMC in these wars led to the line “to the shores of Tripoli” in the Marine Hymn. They would also forever be known as “leathernecks” due to their uniforms’ leather collars, designed to prevent decapitation by Muslim scimitars when boarding enemy ships.

Islam, and what its Barbary followers justified doing in the name of their prophet and their god, disturbed Jefferson quite deeply.

(So, naturally, he would be having Ramadan dinners for Muslims. NOT. What’s more, Jefferson did not have a quran because he respected the Islamic religion. He used it as a war manual in order to understand the enemy he was fighting) 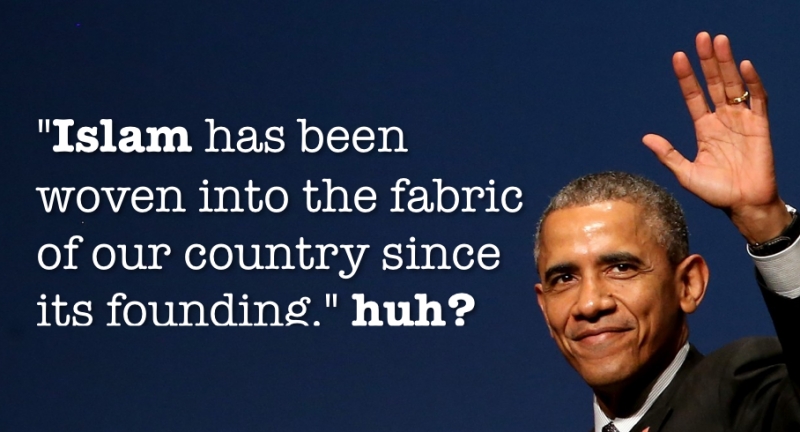