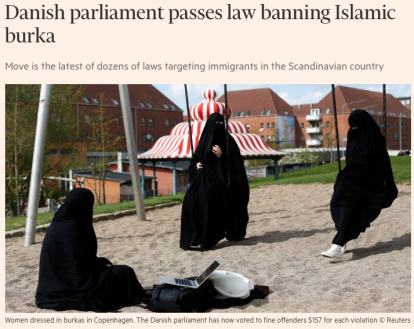 The main issue in Wednesday’s general elections is focused on the problems that Muslim migrants have caused for the small population of 6 million. Anti-Muslim immigration rhetoric is at an all-time high by candidates, including the coalition government of Prime Minister Lars Rasmssen. What’s more, many migrants already in the country are being encouraged to leave.