If you have not seen the original demand letter from CAIR to the U.S. Army War College, and Raymond Ibrahim’s response to it, you’ll find it at the below link. 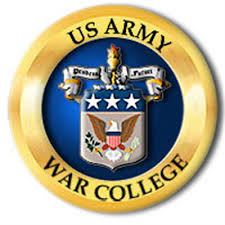 It’s beyond shocking to see US Army War College officials, who are supposed to be training present and future military leaders who likely will be fighting Islamic jihad and terrorism for their entire careers, behaving like scared little “dhimmis.”

*Dhimmi is the Arabic term that refers to its non-Islamic embracing population that has the ignominious dishonor of living in Islamic conquered lands. A dhimmi is a distinctly subjugated second class non-citizen almost slave who is subjected to dictatorial deprivation of any legal and human rights since he is a non-Muslim permanent resident in a Muslim state.

Throughout earliest Islamic history, the conquered peoples by advancing Muslim armies were given the choice of either converting, being killed, or living as a conquered people, a dhimmi. These subjugated people were suspended in time and space, for dhimmitude meant being barely tolerated in your dispossessed land.

Both Jews and Christians alike suffered the ignominious life of having their fate decided upon the whim of despotic Muslim rulers. Although a legal definition of the dhimmi exists, that they must pay various taxes and tolls, that they must live a second class life and give deference to their Muslim neighbors, much of their tragic existence depended on the whims of despotic rulers and frenzied Arab mobs who denied them even the little that was given to them through Islamic law.

If the local Muslim population became intolerant or jealous of the successes of the dhimmi,  communities could find themselves evicted, women raped, exorbitant ransoms placed on them, children abducted and forced to convert, and in other cases mass murders of the dhimmi population was condoned.

Rules would be formulated to deny the dhimmi due process of the law. Discriminatory and restrictive dress and behavior codes would be enacted and severely enforced to reduce the dhimmi into a state of despair and poverty. Dehumanization of the dhimmi was not uncommon, and generally the rule. Various forms of physical abuse were common. Source

THE U.S. ARMY WAR COLLEGE has ‘postponed’ (indefinitely) the scheduled appearance of an Egyptian-American Coptic Christian, Raymond Ibrahim, who is a renowned Islamic scholar and author. The Hamas-linked Muslim Brotherhood front group – CAIR (Council on American Islamic Relations) – somehow found out about Ibrahim’s appearance at the college and demanded that his invitation be revoked, accusing him of being “Islamophobic” for documenting and educating Americans about Islam’s 1400-year history of violence, bigotry, racism, tyranny, and oppression of women and other religious groups. The decision comes in the wake of a myriad of false allegations and slander against Ibrahim by CAIR, which the Army War College chose neither to investigate nor verify.

PennLive  The Army War College on Monday, however, suggested that the postponement had nothing to do with the outcry from the Muslim community. (HAH! Sure it didn’t. But somehow CAIR was the only group throwing a hissy fit over it)

“The U.S. Army Heritage and Education Center sponsors Perspectives in Military History: an evening public education program which draws a community audience that can include USAWC students. The presentation of Mr. Raymond Ibrahim’s book is postponed so USAHEC can pair Mr. Ibrahim’s military history insights in close proximity with another historical perspective, at a time when the USAWC curriculum has addressed historical analysis of influences on conflict.”

Ibrahim and his works have been widely excoriated for their negative portrayal of Islam. Muslim groups, including the Council on American-Islamic Relations, charge that the author spreads falsehoods about Islam and portrays the religion as a violent faith intent on destroying Christianity. 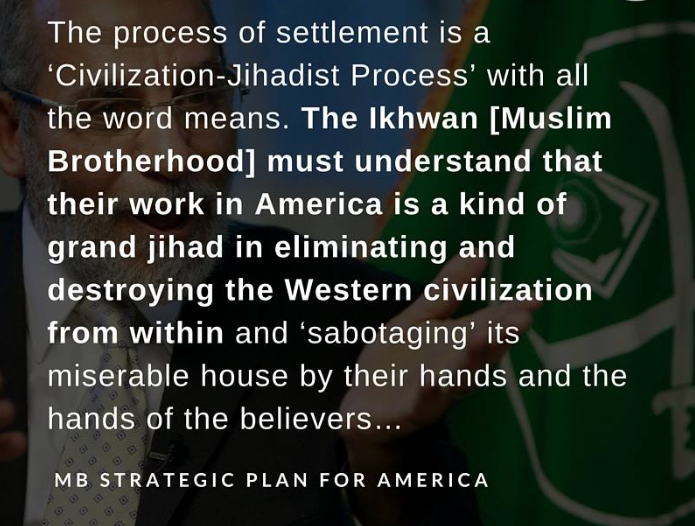 Ibrahim had been scheduled to speak about his most recent book, “Sword and Scimitar: Fourteen Centuries of War between Islam and the West,” at the prestigious 50th Annual Lecture Series.

Ahmet Selim Tekelioglu, the outreach and education director for CAIR-Philadelphia, said Ibrahim in his books and talks promotes a sensational and negative portrayal of Islam. He said Ibrahim espouses the view that Islam historically has promoted violence towards the West and Christianity.

“That is factually incorrect,” Tekelioglu said. “It creates anti-Muslim racism. It is a narrow opinion. The very fact that he is going to speak to officers, men and women, who will potentially serve in Muslim countriess … that is problematic.”

In an article purportedly written by Ibrahim on the conservative website “American Thinker,” the author excoriates CAIR, calling it an “unindicted co-conspirator.”

The Council on American-Islamic Relations (CAIR) was founded in 1994 by three officials of the Islamic Association of Palestine, which was found to be a front for the terror group Hamas in the 2008 Holy Land Foundation terror financing trial. During that same trial, the prosecutors designated CAIR as an “unindicted coconspirator.”

The Justice Department has enforced a ban on working with CAIR in place since 2009, after the 2008 Holy Land Foundation terrorism trial established “at least a prima facie case as to CAIR’s involvement in a conspiracy to support Hamas.”

The FBI wrote to federal legislators in 2009 to explain that they had “suspended all formal contacts between CAIR and the FBI” in the light of evidence that “demonstrated a relationship among CAIR, individual CAIR founders and the Palestine Committee,” as well as evidence that “demonstrated a relationship between the Palestine Committee and Hamas, which was designated as a terrorist organization in 1995.” [See full letter below]

Since then, perhaps not knowing any better, local branches of the FBI have met with CAIR officials. But in response, the Justice Department has published a report that censured FBI officials for doing so. 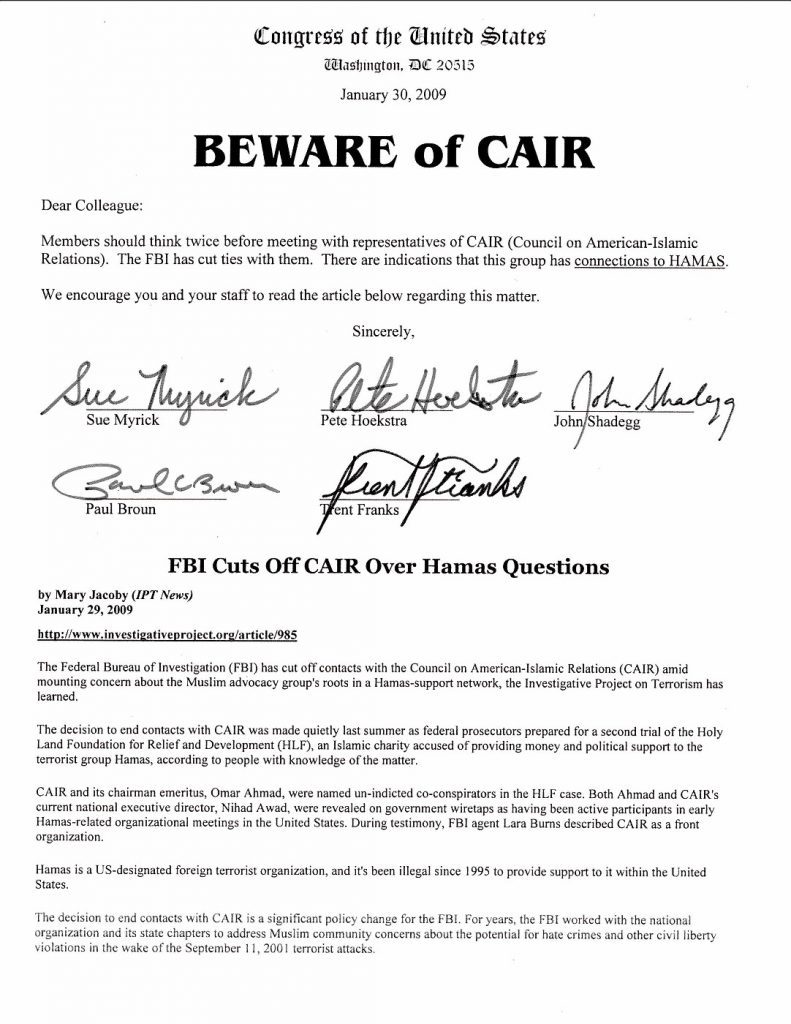 Ibrahim writes: “(A)lthough my book is 352 pages and covers nearly fourteen centuries, certain epochs in great detail, not once does CAIR highlight a certain passage or excerpt to support its claim that the book ‘is based on poor research.’”

He adds that the history presented in Sword and Scimitar ‘is ironclad, verifiable, and beyond well documented.”

“This history makes abundantly clear that Islamic terrorism and ‘extremism’ are intrinsic to Islam, and have been from its first contact with Western civilization in the seventh century,” Ibrahim writes. 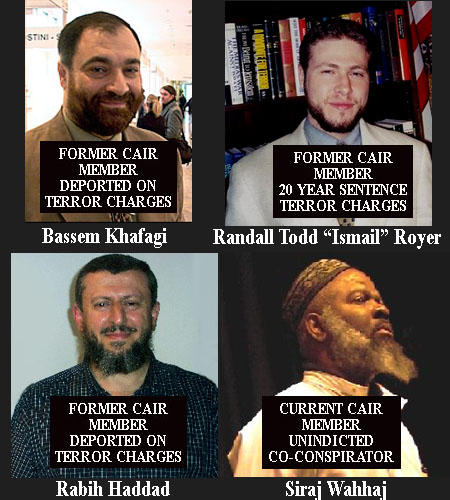 In a letter to Commandant Major General John Kem and Provost James Breckenridge, both of the Army War College, CAIR noted that Ibrahim’s analysis are based on poor research and carry a high potential of instigating hatred towards Muslims.

“We are deeply concerned that his troubling views would skew our servicemen and servicewomen’s perceptions of Islam and Muslim, and would be an insult to the thousands of Muslim Americans who have proudly worn the uniforms of this great nation and would dishonor the memory of those brave Muslim Americans who gave their lives in defense of their country,” wrote CAIR-Philadelphia director Jacob Bender (A self-hating Jew who has sold his soul to Muslim extremists).

The organization is collecting signatures on a petition urging the War College to cancel Ibrahim’s appearance on the campus. Ibrahim, who is of Egyptian Christian Coptic descent (long persecuted by Muslims, even today), charges that CAIR portrays him as a “white nationalist.” (They do!)

Aaysha Noor, an organizer with Community Responders Network in Harrisburg, said Ibrahim promotes a “one-sided biased and distorted history of Islam that will instigate hatred towards the Muslim community. (No, Muslims abhorrent behavior is what instigates hatred against the Muslim community)

“We are working hard to promote interfaith harmony and having someone come in and present a monolithic view that is simply not true…. We thought it was important to express disappointment and concern,” she said. 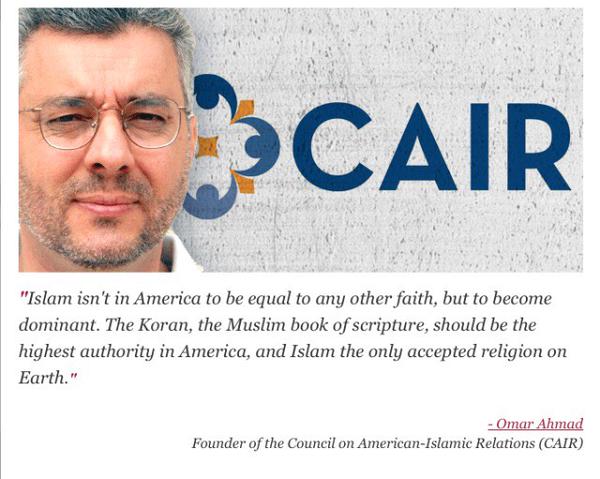 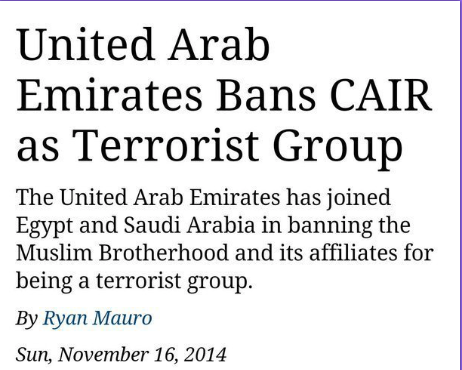